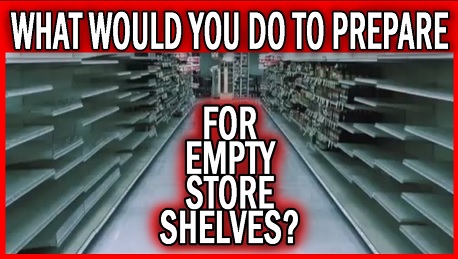 Before getting into some of the more recent news about shortages here in the U.S., along with exclusive images that readers have sent since the last time we wrote about the ongoing and increasing number of locations showing signs of shortages of a variety of products, we’ll address a leaked document from the U.K to underscore what governments expect to happen when food shortages occur on massive scale.

Recently Sky News obtained a leaked government document showing what UK officials expect if a “no deal Brexit” occurs, which specifically mentions immediate food shortages and “consumer panic” among others things, which as any prepper will tell you is the main reason why people prepare for any type of disaster whether natural, weather related, terrorism, economic collapse, etc…, which is to avoid becoming one of those panic shoppers because once a run on the stores begin, chances are tens of thousands, if not more, will only find empty store shelves.

The expected reason for a ‘No deal Brexit’ food shortages would be the cessation of their supply line, but it does highlight yet another scenario where many that have not prepared for the possibility, may have trouble keeping their plates full at mealtime.

We have seen “consumer panic” before right here in the U.S., often dubbed “panic shopping” over a simple snowstorm, where within hours store shelves are emptied of basics like canned goods, milk, bread, water and other items.

SHORTAGES CONTINUE IN CITIES ACROSS THE U.S.

On August 14, 2019, writer Lisa Long over at Business Weekly, recounts her observation at her local Kroger store:

I like my vegetables fresh or frozen, but canned are great in recipes. I haven’t been making many soups or side dishes lately, so I hadn’t noticed the empty shelves at my Kroger.

Small blue “Sorry for the inconvenience” signs are on some of the shelves where cans of green beans normally are.

“I’ve been told the shortage of canned vegetables is actually traceable to issues with last year’s harvest,” said Eric Halvorson, spokesman for the Kroger Co. Central Division. “It should resolve itself late this month or in September as newproduce reaches store shelves.”

Remember the Walmart canned vegetable shortage signs seen in multiple cities across the U.S. all said their shortages should be over by August 9, 2019, yet the Kroger spokesman is correct and the shortages are due to last year’s harvest, so the effects from this year’s upcoming harvest, where entire crops were destroyed due to midwest flooding, means shortages are going to become immeasurably worse next year.

The majority of the images seen across the internet, as well as those sent to ANP shown in prior articles about this issue, were of signage and empty shelves at Walmarts, but we did note that other stores were mentioned as well, including Krogers.

On August 1, 2019, a reader sent over an image from a Nevada Walmart, along with a note stating “Hi all. Starting to popup in the Vegas Walmarts. Seeing them in several so far. Mostly its the peas, carrots, mixed veggies, corn and green beans. Lots of empty or low stock.” 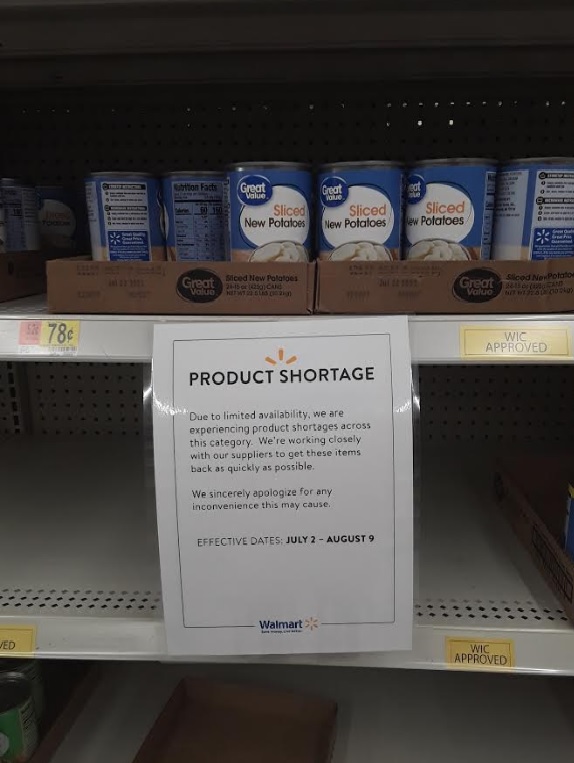 On August 12, 2019, another reader sent us two more images from a Walmart in Poteau, OK, of both the canned soup section and the frozen meal section, along with the following message:”Soup aisle is real low. Usually stacked 2 high on each shelf and no spaces. Frozen meal aisle (couldn’t get a shot of whole aisle) has been like this since at least last Monday (8-5-19). Employee said they were switching distributors. Seemed like a rehearsed answer. They have a large supply of great value brand canned veggies but name brands are still low or not in stock at all.” 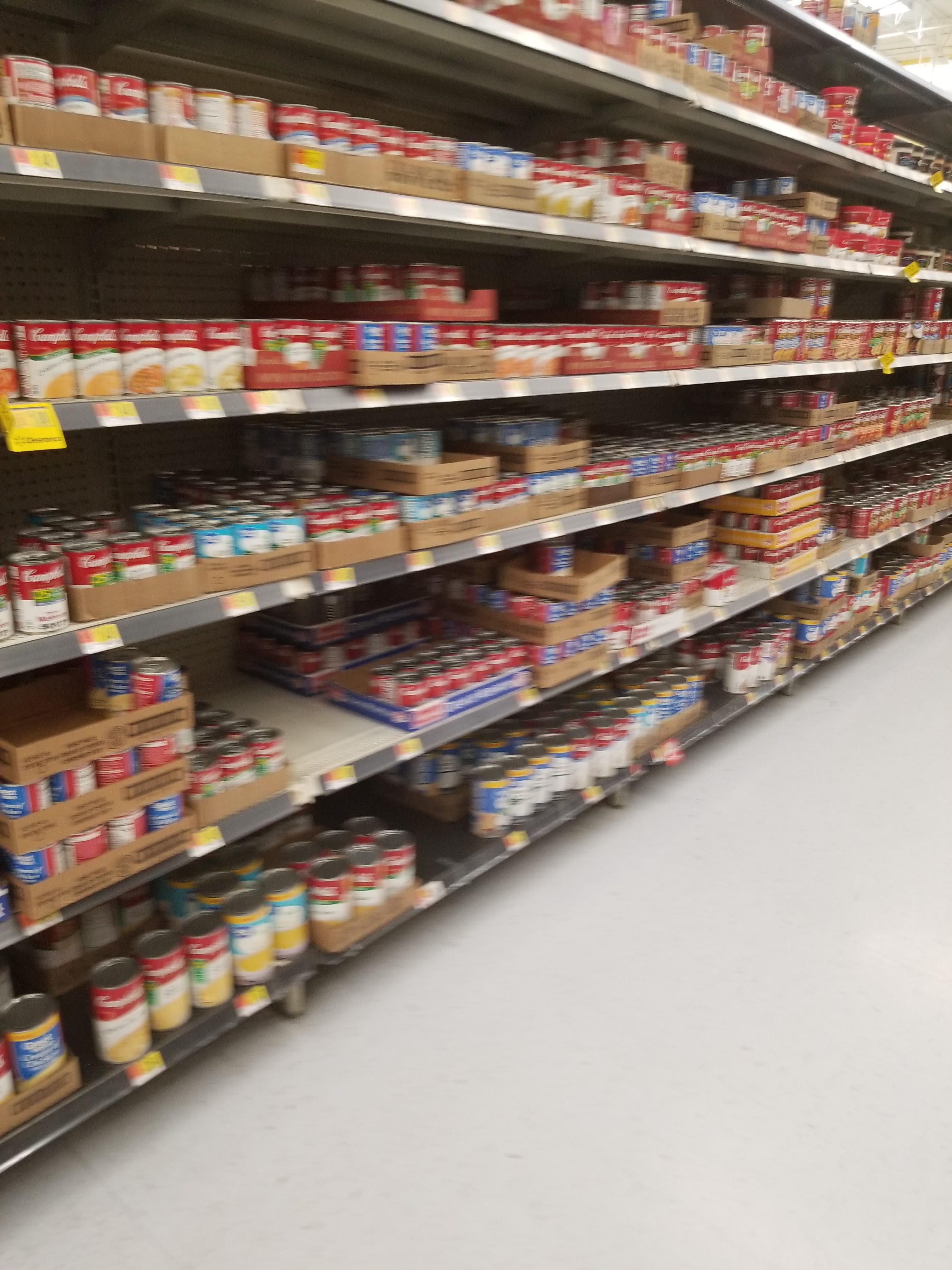 Another reader from Berkeley, CA., sent us an image of a different type of shortage, this time in the paper goods aisle of a CVS, with the message “Strange sights in Berkeley, California. Very strange, at a CVS. Granted it is a small shelf, but I have never seen things like this before.”

As always readers are encouraged to send any images or reports from their area if they note these types of unusual empty shelving or shortages and signs to Tips@allnewspipeline.com and we will use them in any follow up articles about this food shortages.

WHEN THE FOOD CRISIS HITS, IT WILL BE TOO LATE TO PREPARE

With these shortages being reported on now, before this year’s harvest, one can only imagine how many other fruit and vegetable product shortages will be seen next year, so learning to grow your own food year round, many having to do so indoors due to living in cold climates, should be a main focus.