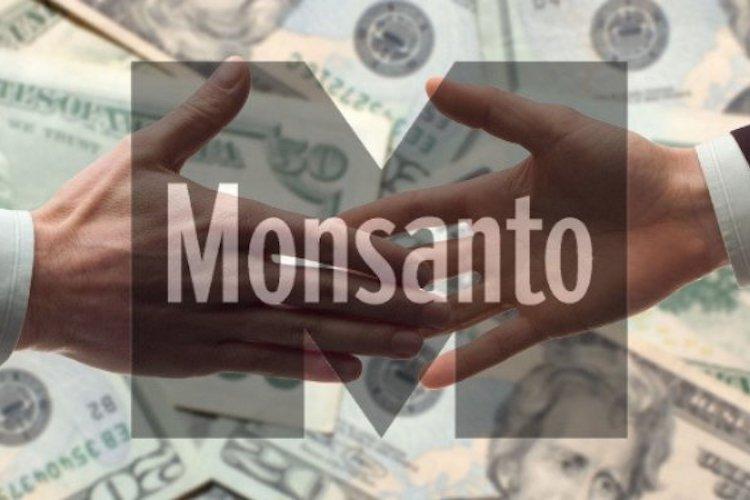 Monsanto (Bayer) operated an intelligence-gathering “fusion center,” to discredit journalists and activists, including singer Neil Young, and paid Google to bury results in its search engine, The Guardian, reported.

Activist Post previously reported that Bayer/Monsanto — the formerly merged company of potentially two of the evilest businesses in history — had kept a file of 200 names, including journalists and lawmakers in hopes of influencing their positions on pesticides according to French prosecutors.

Now, The Guardian has an exposé on Monsanto going a step beyond by spying on journalists through use of a Fusion Center type operation and paying Google to hide negative results.

The records reviewed by the Guardian show Monsanto adopted a multi-pronged strategy to target Carey Gillam, a Reuters journalist who investigated the company’s weedkiller and its links to cancer. Monsanto, now owned by the German pharmaceutical corporation Bayer, also monitored a not-for-profit food research organization through its “intelligence fusion center”, a term that the FBI and other law enforcement agencies use for operations focused on surveillance and terrorism.

The documents, originating from 2015 to 2017, were disclosed as part of one of numerous ongoing court battles on the health hazards of the company’s Roundup weedkiller.

According to The Guardian report, Monsanto also paid Google to promote search results for “Monsanto Glyphosate Carey Gillam” that criticized her work. Further, Monsanto PR staff internally talked about putting pressure on the Reuters news agency, stating they should “continue to push back on [Gillam’s] editors very strongly every chance we get,” and were hoping “she gets reassigned.”

Monsanto recently lost its third legal battle over its massively popular Roundup herbicide, facing a fine of $2.055 billion by a jury in San Francisco who ordered the chemical giant to pay Alva and Alberta Pilliod of Livermore, California, who said it caused their non-Hodgkin’s lymphoma.

The $2 billion in punitive damages and $55 million in compensatory is certain to be reduced by the trial judge or on appeal as David Levine, University of California, Hastings School of Law professor told the Associated Press, “There is zero chance it will stand.”

The Pilliods said they used Roundup once a week for nine months of the year for more than three decades before being diagnosed with cancer in 2011 and 2015, according to BuzzFeed News.

“We wish that Monsanto had warned us ahead of time of the dangers of using Monsanto and that there was something in the front of their label that said ‘Danger, may cause cancer,’” Alberta Pilliod said at the press conference. “It’s changed our lives forever. We can’t do the things that we used to be able to do, and we really resent Monsanto for that fact.”

Christopher Loder, a spokesman for Monsanto declined to comment on the existence of a fusion center, but said in a statement to The Guardian that the records show

…that Monsanto’s activities were intended to ensure there was a fair, accurate and science-based dialogue about the company and its products in response to significant misinformation, including steps to respond to the publication of a book written by an individual who is a frequent critic of pesticides and GMOs.

Loder added the documents were “cherry-picked by plaintiffs’ lawyers and their surrogates” and that the files did not contradict existing science supporting the continued use of glyphosate, “We take the safety of our products and our reputation very seriously and work to ensure that everyone … has accurate and balanced information.”

You know what the documents do show Loder? They illustrate that Monsanto was operating not as a corporation but as its own private intelligence service going after anyone who dared to criticize or challenge that its products caused health problems.

Activist Post has reported previously that Monsanto had Blackwater set up as its “Intel arm” by Cofer Black, the former head of the CIA’s counter-terrorism center. In 2008 Black traveled to Zürich to meet Kevin Wilson, a security manager for global issues at Monsanto. Black worked as the chairman for the Total Intelligence Consulting Company at the time, which was owned by Blackwater. During this meeting with Wilson, Black proposed to make Total Intelligence the “intel arm” of Monsanto.

Monsanto then hired Total Intelligence Solutions from 2008-09 under the agreement, contracting the firm to “infiltrate animal rights activist groups by having employees become legal members.” It also promised to monitor activists’ blogs and websites on Monsanto’s behalf.