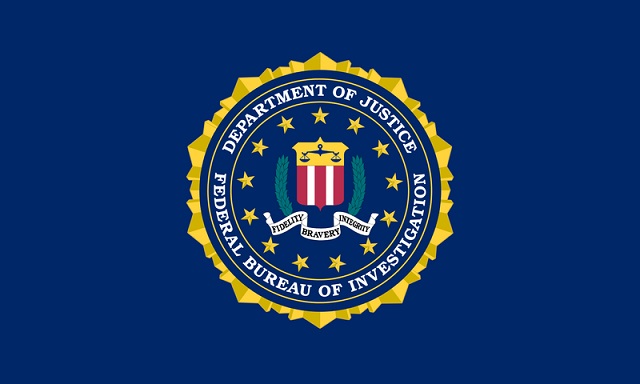 A newly leaked document from the FBI’s field office in Phoenix labels people who theorize about conspiracies as a “new domestic terrorism threat.”

The FBI for the first time has identified fringe conspiracy theories as a domestic terrorist threat, according to a previously unpublicized document obtained by Yahoo News.

The FBI intelligence bulletin from the bureau’s Phoenix field office, dated May 30, 2019, describes “conspiracy theory-driven domestic extremists,” as a growing threat, and notes that it is the first such report to do so. It lists a number of arrests, including some that haven’t been publicized, related to violent incidents motivated by fringe beliefs.

The document specifically mentions QAnon, a shadowy network that believes in a deep state conspiracy against President Trump, and Pizzagate, the theory that a pedophile ring including Clinton associates was being run out of the basement of a Washington, D.C., pizza restaurant (which didn’t actually have a basement).

“The FBI assesses these conspiracy theories very likely will emerge, spread, and evolve in the modern information marketplace, occasionally driving both groups and individual extremists to carry out criminal or violent acts,” the document states. It also goes on to say the FBI believes conspiracy theory-driven extremists are likely to increase during the 2020 presidential election cycle.

The FBI derailing Trump’s entire presidency and spying on him illegally through manufactured conspiracy theories that he’s a Russian agent is just fine, but now that they’ve been exposed the only response is to label everyone whose aware of their corruption terrorists.

The document specifically states the supposed “threat” is now particularly intense because so many real conspiracies are being uncovered:

The FBI said another factor driving the intensity of this threat is “the uncovering of real conspiracies or cover-ups involving illegal, harmful, or unconstitutional activities by government officials or leading political figures.” The FBI does not specify which political leaders or which cover-ups it was referring to.

President Trump is mentioned by name briefly in the latest FBI document, which notes that the origins of QAnon is the conspiratorial belief that “Q,” allegedly a government official, “posts classified information online to reveal a covert effort, led by President Trump, to dismantle a conspiracy involving ‘deep state’ actors and global elites allegedly engaged in an international child sex trafficking ring.”

If there’s anything we’ve learned from the Epstein case, it’s that our government is definitely not controlled by criminals involved in an international child sex trafficking ring!

As I reported earlier, the Department of Homeland Security has also just issued a $250,000 grant to Georgia State University to study “incels” as a “growing male supremacist” terror threat.