Millionaire financier and convicted pedophile Jeffrey Epstein has died in a Manhattan jail, with law enforcement sources saying he killed himself. Epstein was in custody pending trial for child sex trafficking and for conspiracy.

The incident comes two weeks after the 66-year-old was found “injured and in a fetal position” on the floor of his cell, with injuries to his neck. Epstein had been placed on suicide watch as a result.

Law enforcement sources told multiple news outlets that Epstein had committed suicide on Saturday morning, with his body wheeled out and taken to a New York hospital around 7:30am.

Epstein was arrested on July 6 and charged with sex trafficking and conspiracy. The charges against the millionaire allege that he’d abused dozens of young girls at his properties in Manhattan and Palm Beach, Florida, some of them as young as 14. Aside from the offenses alleged, rumors circulated of further child abuse at Epstein’s private Caribbean island.

According to court documents unsealed a day before his death, another alleged victim claims that Epstein had trafficked her and other girls to some of the world’s wealthiest and most powerful men, including Britain’s Prince Andrew, billionaire investor Glenn Dublin and former New Mexico Governor Bill Richardson. The victim’s list also includes “another prince,” a “foreign president,” a “well-known prime minister” and the owner of a French “large hotel chain.”

With Epstein dead, the extent of his alleged crimes will likely never be known, nor will those of his closest associates. Given the reach of the circles he moved in, many speculated that Epstein would not survive until his trial. News of his death was also greeted with cynicism by online commenters.

2. To die by suicide in federal prison, particularly after he attempted it once before, is a massive scandal.

Survivors of Epstein’s predation have been robbed of their right to seek justice. 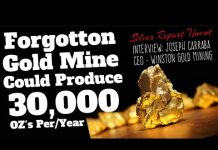