But Many More Questions Remain to be Answered

The Jeffrey Epstein saga goes on even though convicted pedophile Epstein himself has been found hanged in his jail cell in Manhattan. One has to wonder how he managed to kill himself, if that is indeed the case, as he was reportedly on suicide watch at the prison and it is to be presumed that he had been stripped of any clothing or accoutrements that would have been usable to that end. So, he is dead but did he do it himself or was he helped? There are many prominent individuals and powerful government agencies that will be very pleased that he is gone as most of his secrets will have gone to the grave with him.

There was certainly a warning that something might happen. Two weeks ago, he was reportedly found unconscious in his jail cell with marks around his neck. It was suggested that he might have tried to kill himself or, alternatively, had been beaten up by another inmate. There was also considerable speculation that some aggrieved part of the Deep State was trying to kill him to silence him.

The subsequent press reports revealed that Epstein had been taken to a hospital, but there has been no follow-up about his condition or status apart from a brief note that he had been returned to the same jail under suicide watch. In any event, the story had pretty much died, which is precisely what a lot of the high rollers and politicians who became involved with Epstein would have liked to see happen. Nevertheless, investigations of the “Affair Epstein” reportedly were continuing at the federal level as well as in New York State and Florida.

The most recent elaboration of the Epstein saga prior to his death came from his former patron Leslie Wexner, the canny Jewish business tycoon who built an Ohio based fashion empire called L Brands from scratch. L Brands, by the way, includes Victoria’s Secret, which features young women strutting around in their underwear. The 81 year old Wexner claimed in a 564 word letter that the wily Epstein “misappropriated vast sums of money” from him. In the letter Wexner admitted to having lost at least $46 million from his family money, but some media accounts are suggesting that the fraud amounted to much more, possibly as much as $500 million. And the alleged theft also extended to property, to include the series of transactions that left Epstein possessing the Upper East Side mansion where he resided and did his filming of celebrities having sex with young girls, estimated to be worth $56 million, as well as the commercial airliner that became the Lolita Express and a yacht.

Now, either sum of purloined money is not exactly pocket change even for multi-billionaire Wexner, even if rag trade magnate was enamored of the massages he was getting at Epstein’s house. It would take an extremely poor businessman to be unaware of losing that kind of money and that much property unless his name were Donald Trump.

Wexler claimed that he began to sever ties with Epstein in 2007, after Florida authorities charged Jeffrey in early 2006 with multiple counts of molestation and unlawful sexual activity with a minor. In 2008, Epstein pleaded guilty to state charges of solicitation of prostitution from a minor and was required to register as a sex offender, but he received an astonishingly mild jail sentence of eighteen months with a private cell, unlimited visitors including young women, and daily release so he could be picked up by his driver to go to work in his Palm Beach office, a bit of incomprehensible leniency that is currently being subjected to criminal investigation by the state of Florida. After the sentence was handed down the county sheriff observed that “He was astonished that [Epstein] had to go to prison at all.”

Indeed, the entire Florida side of the Epstein story seems to have disappeared down some memory hole. Epstein was convicted for his involvement with prostitution, but the only remaining issue was the consequences that he faced. That is where other players stepped in, including Harvard Law Professor Emeritus Alan Dershowitz, Palm Beach county state attorney Barry Krischer, and the Miami office U.S. Attorney Alexander Acosta.

My belief that Jeffrey Epstein was an intelligence agent is based principally on Acosta’s comments when being cleared by the Trump transition team. He was asked “Is the Epstein case going to cause a problem [for confirmation hearings]?” … “Acosta testified that he’d had just one meeting on the Epstein case. He’d cut the non-prosecution deal with one of Epstein’s attorneys because he had ‘been told’ to back off, that Epstein was above his pay grade. ‘I was told Epstein belonged to intelligence and to leave it alone.’”

The questions about Epstein remain even though he is gone, but one fears that the authorities will be disinclined to further investigate a dead man. It appears that no one in the various investigative agencies or the mainstream media has been interested in what Acosta meant, even though it would be simple enough to ask him. Who told him to back off? And how did they explain it? And then there is Epstein’s Austrian passport. Was it fake or real, with a real name and photo substitution or alternation of both picture and name? How did he get it? Austrian passports are highly desirable in intelligence circles because the country is neutral and its holders can travel just about everywhere without a visa. 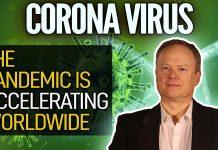