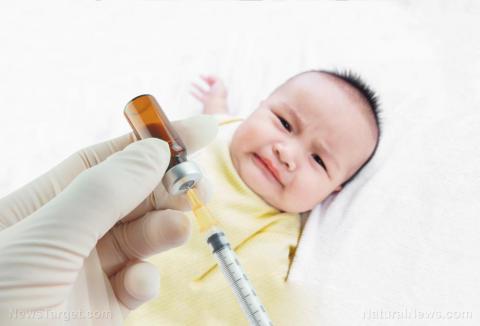 American politicians are notorious for spreading mass fear and panic about infectious disease outbreaks, which they routinely blame on unvaccinated people. But what these same Big Pharma puppets conveniently fail to mention is that in places like Japan, where vaccination is entirely optional, children are actually much healthier compared to anywhere else in the world.

Japan not only has the healthiest children on the planet, according to the latest metrics, but also the highest “healthy life expectancy” among all age groups. And at the very same time, Japan also has the lowest vaccination rate in the entire world, which suggests that getting vaccinated actually makes a person unhealthier in the long run.

In the United States, on the other hand, more young children are dying compared to any other industrialized country, including Japan. More American children are dying at birth and in their first year of life compared to their counterparts living in any other country in the West – this, despite the fact that vaccination rates are increasing due to authoritarian mandates like those pushed by Richard Pan in California.

Of the American children that actually survive birth and make it past one year of age, more than half will develop at least one chronic illness throughout their lives – which isn’t the case in Japan, where chronic illness is a rarity. So it would appear as though getting vaccinated actually increases an infant’s risk of getting sick or dying, rather than the other way around.

“The U.S. government, in bed with Big Pharma, is sacrificing our children for profit,” writes Mac Slavo for SHTFplan.com.

Vaccines are harming and killing children – and yes, they DO cause autism

While many American states still recognize that parents have the right to exempt their children from mandatory vaccinations for religious, philosophical, personal, or medical reasons, there’s a big push to eliminate these exemptions across the board, and force everyone to be vaccinated for “public health.”

But does getting vaccinated with questionable vaccines like Merck & Co.’s MMR for measles, mumps, and rubella, really enhance public health? Hardly. As it turns out, there are multiple court cases pending in which whistleblowers from the Centers for Disease Control and Prevention (CDC) claim that Merck faked efficacy data for MMR to force it onto the market.

They allege that not only is MMR not effective, but it’s also not safe, as it can, in fact, increase a child’s risk of developing autism or some other permanent injury. In a worst-case scenario – and yes, it hashappened – MMR can also cause sudden death.

Some public health officials are actually starting to fess up to this. In New Hampshire, for instance, it was determined that a recent measles outbreak wasn’t caused by unvaccinated children, but rather by a vaccinated child who had previously received MMR in accordance with government recommendations.

The MMR vaccine, in this instance, infected the child’s body with measles, which that same child then “shed” onto other children triggering an outbreak. At first, health officials used the scare as ammunition to push mandatory vaccination. But once it was realized that a vaccinated child was “patient zero,” the whole thing magically went away because it made the MMR vaccine look bad.

“What you won’t hear from vaccine advocates or the mainstream media, is that Merck is in court over MMR-related fraud,” Slavo adds.