The bill includes a section that allows the department to implement rules “as necessary” for the law to be enacted and “to ensure the religious neutrality of the textbook block grant program.” “We think all students are better off when we teach them the full breadth of history,” Brian Johnson, the CEO of the LGBT+ organisation Equality Illinois, said of the piece of legislation last year. “It makes them more likely to understand that a diverse cast has contributed to our society.” The measure passed the state senate by a vote of 34-18 last May.

Illinois has passed a law demanding that LGBTQ+P for Pedophile history must be taught in schools from next year onwards.

I hate to be the one to tell you, Christian, but we are losing the battle against the forces of rising darkness here in America, with more ground lost each and every day. Illinois is not the only state to force schools to begin teaching LGBTQ+P for Pedophile history lessons, and within 2 years, there will not be a state that does not have that as a requirement. When that happens, on what basis then do you stop such wickedness like Drag Queen Story Hour from taking place in your public library? The answer is you can’t, and you won’t legally be able to do anything about it.

“Woe unto them that decree unrighteous decrees, and that write grievousness which they have prescribed;” Isaiah 10:1 (KJV)

Why is God allowing this to happen? Because we told Him that He was no longer welcome in our schools, so He left. America as a nation is under the active judgment of God. Yes it is still the age of grace as far as salvation in the Church Age goes, but nationally it is obvious His judgment is falling upon us.

“Likewise also as it was in the days of Lot; they did eat, they drank, they bought, they sold, they planted, they builded; But the same day that Lot went out of Sodom it rained fire and brimstone from heaven, and destroyed them all. Even thus shall it be in the day when the Son of man is revealed.” Luke 17:28 – 30 (KJV)

LGBTQ+P for Pedophile activist group GLSEN is behind this, we have been warning you about these people for years now. GLSEN you may recall has done things like ‘Unity Week’ in Pennsylvania public schools where they got the school to force 2,800 student to watch pro-LGBTQ+P videos and the parents were not allowed to attend. GLSEN allows promotes the sodomite practice of 2 men ‘fisting’ each other, and teaches that in the schools as well. Illinois lawmakers said this new law was passed to “ensure the religious neutrality of the textbooks”. Translation of that is “to ensure removal of that pesky King James Bible” from the school system.

For nearly 10 years now, NTEB has been warning you about the dark days to come. Those days, the days of Lot, are here.

FROM YAHOO NEWS: Democrat Illinois Governor JB Pritzker signed legislation on Friday requiring state schools to teach the role and contributions of LGBT+ people in US history. The bill’s supporters argue the measure aims to curb anti-LGBT+ bullying in schools by teaching students about the historical significance of LGBT+ individuals in American society.

The piece of legislation requires all schools in the state include “the role and contributions of lesbian, gay, bisexual, and transgender people in the history of this country and this state” in official textbooks. The state’s Board of Education is also obliged to publish a list of the textbooks authorised for purchase under the law annually.

“Each public school district and state-recognised, non-public school shall, subject to appropriations for that purpose, receive a per-pupil grant for the purchase of secular and non-discriminatory textbooks,” says the text of the legislation.

It comes after a 2017 study by GLSEN, a US-based education organisation working to end discrimination, harassment, and bullying based on sexual orientation and gender identity, found 61 per cent of LGBT+ students in Illinois said they faced verbal harassment based on gender expression.

THE BILL INCLUDES A SECTION THAT ALLOWS THE DEPARTMENT TO IMPLEMENT RULES “AS NECESSARY” FOR THE LAW TO BE ENACTED AND “TO ENSURE THE RELIGIOUS NEUTRALITY OF THE TEXTBOOK BLOCK GRANT PROGRAM.”

“We think all students are better off when we teach them the full breadth of history,” Brian Johnson, the CEO of the LGBT+ organisation Equality Illinois, said of the piece of legislation last year. “It makes them more likely to understand that a diverse cast has contributed to our society.”

The measure passed the state senate by a vote of 34-18 last May.

Democrat state Senator Heather Steans, who sponsored the bill, said in a previous statement that “one of the best ways to overcome intolerance is through education and exposure to different people and viewpoints”.

“AN INCLUSIVE CURRICULUM WILL NOT ONLY TEACH AN ACCURATE VERSION OF HISTORY BUT ALSO PROMOTE ACCEPTANCE OF THE LGBT+ COMMUNITY,” SHE ADDED.

“It is my hope that teaching students about the valuable contributions LGBT+ individuals have made throughout history will create a safer environment with fewer incidents of harassment. LGBT+ children and teenagers will also be able to gain new role models who share life experiences with them.” 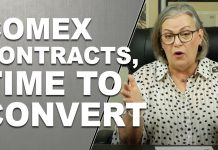