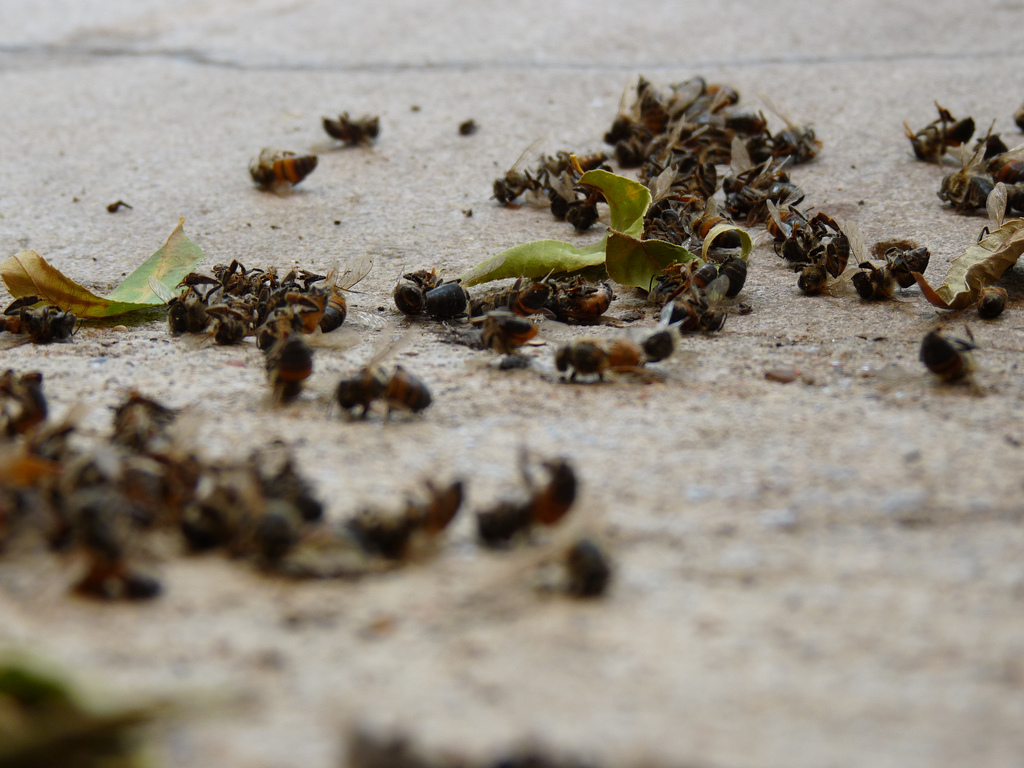 Experts are concerned about the dramatic decline in Britain’s bee population, and given the trouble it could spell for the future food supply, it’s a matter that deserves everyone’s attention.

Researchers have found that a third of Britain’s bee species are suffering declines. Another important species, hoverflies, are also under threat, and the loss of these important pollinators has British farmers on edge.

After examining more than 700,000 biological records, researchers found that the geographic range of hoverflies and bees has dropped by roughly 25 percent, with even greater losses – 55 percent, to be exact – noted in the upland parts of northern England. It’s the rarer species that are being hit the hardest by these declines, however. The findings were published in the journal Nature Communications.

Although domesticated honeybees that are kept in hives carry out around a third of pollination, bees and hoverflies are responsible for most other pollination. To get an idea of how important they are, the value of pollinating insects to the economy in the U.K. is estimated to be £690 million per year.

Seventy of the 100 top food crops for humans are pollinated by bees, including fruits, nuts and vegetables. In addition to pollinating our food, they are also vital for keeping other types of wildlife alive, both as food and pollinators.

Experts identify a few possible explanations for these declines, including the use of pesticides, drought, nutrition deficits, invasive species, diseases, air pollution, and other pressures on populations.

The U.K. isn’t the only place experiencing this problem; bee populations are dropping around the world, prompting scientists to warn of a potential “catastrophe.”

Eliminating toxic pesticides could go a long way toward stemming the problem. Neonicotinoids are the most broadly used pesticides in conventional farming. They work by paralyzing insects and inciting death. Unfortunately, because they are sprayed on seeds and crops alike, they make their way into the plants’ nectar and pollen, posing a direct danger to bees. Bees that have been exposed to these chemicals don’t always die, but those that do survive often suffer from fertility issues, foraging difficulties, and problems with learning and memory. It’s not surprising that in the U.S., the states that use the most neonicotinoids have suffered from the greatest losses in honeybee populations.

Scientists are also hoping that restrictions on the use of neonicotinoids will help stem this problem. The European Union temporarily banned the use of three types of neonicotinoids in 2013 on flowering crops that attract pollinating insects like honeybees, and the ban was expanded last year to cover all field crops. While this may give some bees a fighting chance, it’s also important to keep in mind that they need protection from threats like the loss of diverse flowers, the destruction of their nesting habitats, and introduced parasites.

There are a few things that gardeners can do to help alleviate the problem on an individual level. Experts suggest leaving some parts of your garden unmanaged, with a patch of lawn kept unmown. They also say that patches of bare earth can be useful for solitary species like mining bees who like to nest in holes in the ground. Growing lavender window boxes can also help bees.