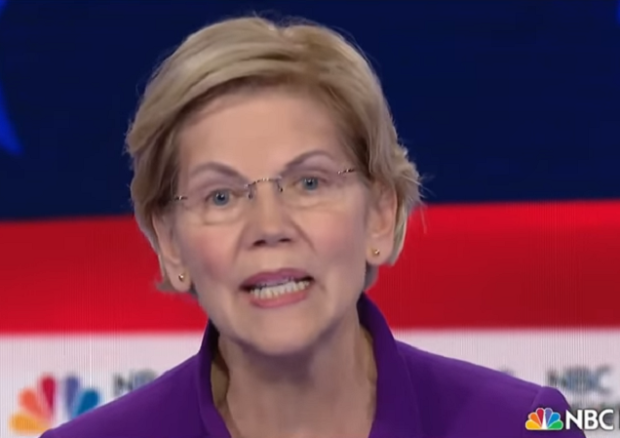 From Yahoo: Sen. Elizabeth Warren (D-Mass.) wants to sharply increase taxes on guns and ammunition as part of a comprehensive new plan to reduce gun deaths in the United States by 80%.

Warren, who is set to appear along with most of the other 20-plus Democratic presidential candidates at a gun control forum in Des Moines, Iowa, on Saturday, is also proposing universal background checks (like they already don’t exist?), federal gun licensing, a one-week waiting period on all gun purchases to limit impulsive violence, a ban on assault weapons and a newly empowered Bureau of Alcohol, Tobacco, Firearms and Explosives, among a host of other suggestions.

“Faced with a complex and entrenched public health crisis, made worse by the ongoing inability of a corrupt government (isn’t she part of that corruption?) to do anything about it, it’s easy to despair,” Warren wrote in a Medium post. “But we are not incapable of solving big problems. We’ve done it before.” (How’d that work out with Obamacare?)

Warren is unveiling her plan a week after deadly massacres in El Paso, Texas, and Dayton, Ohio, the latest in a years-long run of mass shootings that have transformed the politics of gun control, making it a key issue for Democratic primary voters and a key issue for the party in many general elections.

Warren chose the 80% mark for gun violence death reductions in order to echo the 80% reduction in driving deaths since 1965, when Congress decided the number of people dying in automobile accidents was unacceptable.

<strong>“We’ll start by implementing solutions that we believe will work,” she wrote. “We’ll continue by constantly revisiting and updating those solutions based on new public health research. And we’ll make structural changes to end the ability of corrupt extremists to block our government from defending the lives of our people.”</strong

Warren is not the first candidate to release a plan to combat gun violence, and much of the field ― including former Vice President Joe Biden and Sen. Bernie Sanders (I-Vt.) ― supports universal background checks and bans on high-capacity ammunition magazines. Sen. Cory Booker (D-N.J.) similarly pushed for federal gun licenses, and Sen. Kamala Harris (D-Calif.) has promised to use a wide array of executive actions to stem gun violence even if Congress doesn’t act.

Two things set Warren’s plan apart: the taxes and her emphasis on eliminating the influence of the National Rifle Association.

Warren’s plan to combat the influential but weakened NRA, which has essentially united the Republican Party against gun control and stonewalled Democratic movement on the issue for decades, includes a promise to appoint an attorney general who will investigate the NRA’s use of “loopholes … to divert member dues into lavish payments for its board members and senior leadership.”