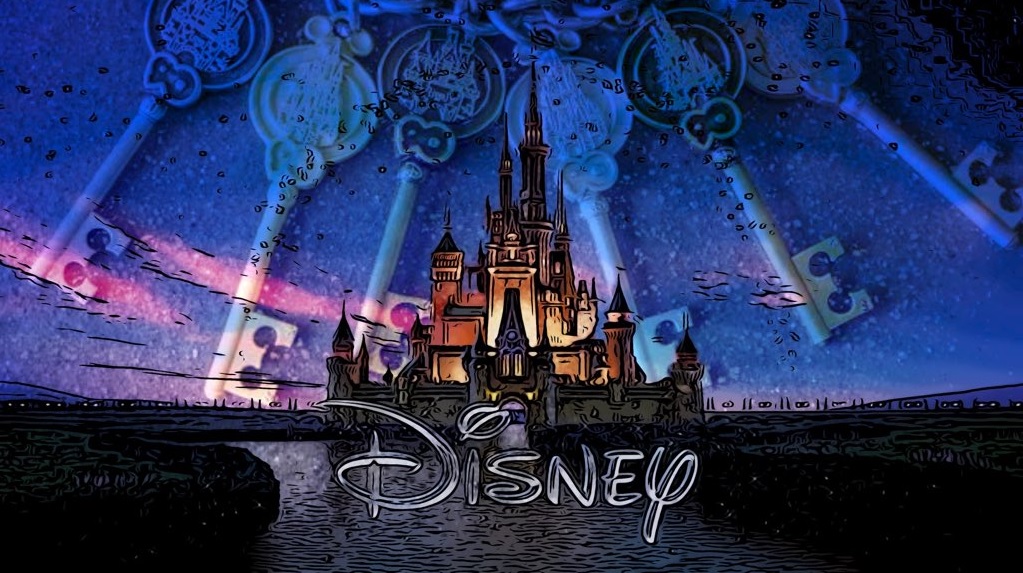 “If the world only had the eyes to see the fibers which lay under the surface of Walt Disney’s image, they’d tar and feather him, and drag him through the streets. If only they knew what Disney’s primary goal is.”

Walt Disney was born in Chicago, in 1901 and moved with his family to Kansas City in 1910. Walt’s obsession with escapism, imagination, magic, and animals were forged on their Kansas City farm under the repressive, abusive, cruel and loveless tyranny of his father who would allegedly march them to the woodshed and dispense his brutal punishments daily.

Keys to The Magic Kingdom

Walt Disney was born in Chicago, in 1901 and moved with his family to Kansas City in 1910. Walt’s obsession with escapism, imagination, magic, and animals were forged on their Kansas City farm under the repressive, abusive, cruel and loveless tyranny of his father who would allegedly march them to the woodshed and dispense his brutal punishments daily.

“Young Disney joined DeMolay in 1920, as the 107th member of the original Mother Chapter of DeMolay in Kansas City, Missouri. He was 19 years old.” DeMolay International, founded in 1919, is an international fraternal organization for boys 12 to 21. It was named for Jacques de Molay, the last Grand Master of the Knights Templar. DeMolay is considered to be part of the general “family” of Masonic organizations.

Frank “Dad” Land, the founder of the Order of DeMolay, was honored with the Knight Commander of the Court of Honor of the Scottish Rite and coroneted a 33rd degree in 1925. Each DeMolay chapter must be sponsored by a local masonic body. The sponsoring body is responsible for providing the chapter with adult advisors. Walt received the DeMolay Legion of Honor in 1931, the highest attainable degree, corresponding to that of a 33rd degree Mason.

Commemorative coins are available for purchase to this day, featuring Mickey, Walt, as well as the DeMolay and Freemason emblems.

In 1935, Walt Disney was summoned to Paris, France to receive a medal for the creation of Mickey Mouse from the League of Nations. During his European tour, Disney dined with the British royal family, had a private audience with the Pope, and had a long interview with Italian dictator, Benito Mussolini. It was during this European trip, that Disney had a lunch with writer and prophet, H.G. Wells (a major inspiration for Disney’s Tomorrowland), who, through his  predictions of the future, conditioned the public to prepare for, and accept the stages of the New World Order.

In addition to sponsoring a Masonic Club for Disneyland employees, Walt Disney also created the infamous Club 33, located at 33 Royal Street in Disneyland, which is located on the 33rd parallel north. The secretive club’s décor is reminiscent of a Masonic lodge, with its black and white checkered floor (representing duality) and blue and gold draperies (the colors of the Masonic emblem). The “Disney club that’s so exclusive you’ve never even heard of it: Club 33, ‘named after Walt Disney’s Masonic ties’, has an invite-only membership, a 14-year wait list, and a $100k initiation fee.”

A quick internet search of various sites on the 33rd parallel of significance to the Freemasons will pull up a wealth of information, with perhaps the most notable location being Mount Hermon, the site from which the book of Enoch states 200 Watchers, or fallen angels, descended to Earth.

The Magic Keys of King Solomon

King Solomon is a central figure among illuminated Freemasons. They believe that King Solomon held the ‘keys’ to the mysteries of dark magic, and with a “magic ring bearing the six pointed star, or seal of Solomon, gained the power to summon demons and spirits using his will to control them and command them to complete tasks.”

The number 33 was not just selected at random by the originators of the Scottish Rite. The Seal of Solomon, made up of two intersecting triangles, is considered a graphic representation of 3+3. It also plays a prominent role in Kabbalah. The number 33 is significant to Freemasons, as it represents “illumination” or enlightenment.

As a DeMolay Legion of Honor recipient, there is little doubt that Disney understood the significance of the number 33 in Freemasonry, and the creation of Club 33 was intentionally designed in honor of the Freemasons.

Very few people are aware of Disney’s close ties with the Bureau, as revealed through FOIA documents. Of the 750 pages released on Walt Disney, the majority are censored. However, the documents which are legible are very intriguing.

n 1947,  J. Edgar Hoover and Walt Disney struck up a long standing friendship. That same year, House Un-American Activities Committee (HUAC) announced their first Hollywood blacklist. This friendship was initially sparked by Disney’s desire to inform the FBI of how the “communist infiltration” resulted in his animators going on strike in 1941.

A year after Tomorrowland’s opening, the FBI file recorded a meeting between  their Los Angeles Special Agent in Charge (SAC) and Walt Disney. Disney requested the meeting in efforts to include the FBI in his vision of Tomorrowland. The document illustrates the effective FBI tactics of aggressive public relations campaigning in addition to illegal surveillance.

Their partnership was so close, that by the time of Tomorrowland’s opening in 1955, the FBI was referring to Walt Disney as a close contact  of the Special Agent in Charge. Additionally,  Disneyland was offered to the FBI  for “official matters and recreational purposes.”

Further transcripts show that Disney and Hoover were in constant communication regarding the use of Disney’s TV shows as a propaganda tool for the FBI, and three episodes of the Mickey Mouse Club were specifically designed for the FBI.

We may never know the full extent of Disney’s relationship with the FBI as an informant, however the declassified FBI documents do shed some light on this topic.

In an attempt to allow German scientists to help in postwar efforts, Truman agreed in September 1946 to authorize “Project Paperclip,” a program to bring Nazi German scientists to America. The plan was originally intended to debrief them and send them back to Germany. However, when the US realized the extent of their knowledge and expertise, plans changed.

Allen Dulles offered the Nazi Intelligence unit to the CIA, which many projects later stemmed from, including MK-Ultra and Operation Midnight Climax.

As a member of Project Paperclip, Nazi scientist Werner von Braun, became well known for his contributions to the Apollo moon landing. Von Braun nearly received an  award – the Presidential Medal of Freedom—until one of Ford’s senior advisors objected to his Nazi past.