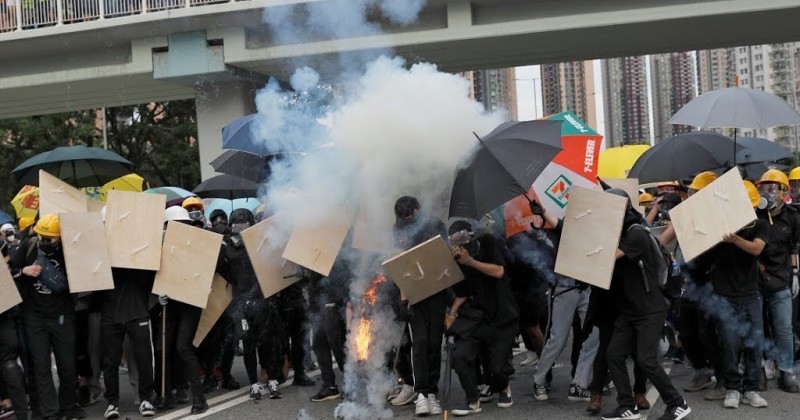 PJW and the Infowars Team at the frontlines of 1776 worldwide delivering footage and reports no other MSM outlet would dare!

Police fired tear gas to disperse protesters upset at facial recogniction and other forms of monitoring that they believe is being imposed by the Chinese government.

Hong Kongers fear the social credit score – which has been used to ban dissidents from buying plane and train tickets – will be introduced there soon.