The Duran’s Alex Christoforou and Editor-in-Chief Alexander Mercouris discuss the questions that linger after the NYC autopsy stated that Jeffery Epstein’s death was the result of suicide in his jail cell by hanging.

“It Took A Billionaire Pedophile To Die In Jail For Media To Finally Report On Elite Child Sex Trafficking,” authored by Matt Agorist via The Free Thought Project:

Adult and child sex trafficking is an unfortunate and horrifying reality that plagues countries around the world—including the United States. As TFTP has reported, people have been arrested attempting to purchase children as young as three-months-old to abuse them, including police officers. Even former child sex slaves have come forward to tell their stories and provide insight into the elite sickos who have the money and resources to deal in the lives of children. This has been ongoing for decades, yet the media and Americans alike, have largely ignored it, until now.

The arrest of Jeffery Epstein and his subsequent demise in the Metropolitan Correctional Center in New York has catapulted the massive problem of elite child sex trafficking into the limelight. Naturally, politicians on both sides — including the president — are attempting to use Epstein’s death for political advantage which has skewed the discourse. However, for the first time, Americans are actually talking about the problem of child sexual abuse among the elite, and this is healthy.

While some Americans are hearing Epstein’s name for the first time, TFTP has been reporting on his special treatment and ties to the elite for years. The child trafficking scandal doesn’t stop at the White House either, it crosses the pond and implicates the royal family too. Last year, a photo of the Queen’s son, Prince Andrew, surfaced as evidence during legal proceedings, showing him with his arm around one of the underage victims.

Epstein is a convicted child molester and sexually abused no less than 40 underage girls. Despite this fact, Alexander Acosta protected him while serving as a U.S. Attorney in Florida. After letting an admitted pedophile off with a wrist slap, instead of being fired, Acosta was then appointed to Trump’s labor secretary in 2017 before resigning last month amid the Epstein controversy. 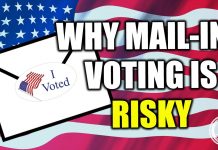