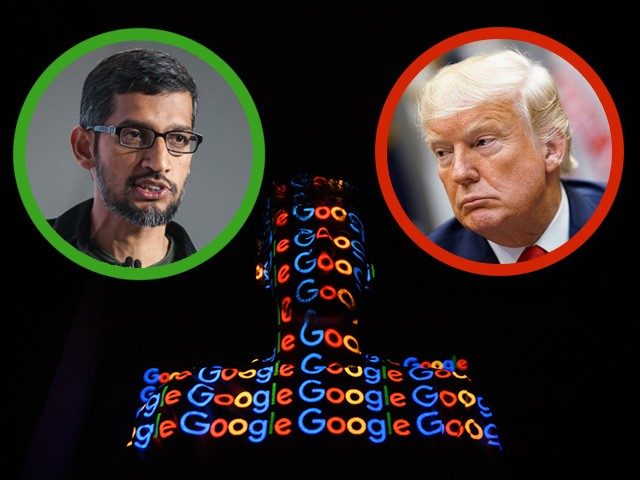 President Donald Trump promised supporters Tuesday he was keeping an eye on Google, despite CEO Sundar Pichai’s reassurances they were not trying to stop him winning re-election in 2020.

The president referred to a meeting he had with Pichai, who defended his company against accusations of bias and censorship.

“Sundar Pichai of Google was in the Oval Office working very hard to explain how much he liked me, what a great job the Administration is doing, that Google was not involved with China’s military, that they didn’t help Crooked Hillary over me in the 2016 Election, and that they are NOT planning to illegally subvert the 2020 Election despite all that has been said to the contrary,” Trump wrote on Twitter.

The president said recent interviews with former Google engineer Kevin Cernekee made him think again about the accusations against Google of censorship and suppressing search results.

“They have openly stated that they think 2016 was a mistake,” Cernekee said in an interview with Fox News host Tucker Carlson. “They thought Trump should have lost in 2016. They really want Trump to lose in 2020. That’s their agenda.”

….are NOT planning to illegally subvert the 2020 Election despite all that has been said to the contrary. It all sounded good until I watched Kevin Cernekee, a Google engineer, say terrible things about what they did in 2016 and that they want to “Make sure that Trump losses…