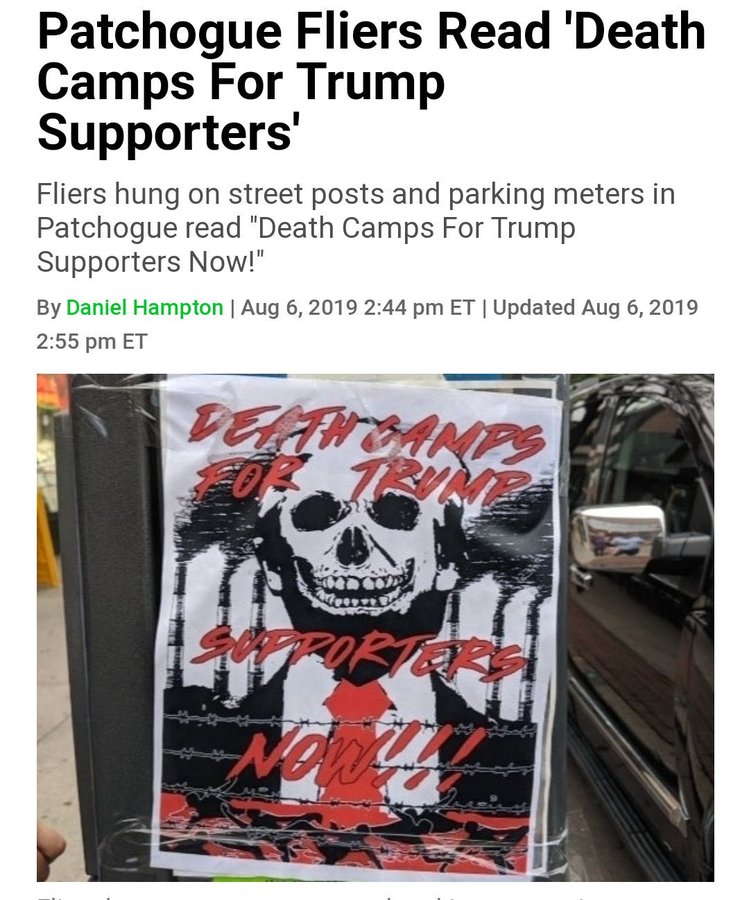 Numerous fliers that say “death camps for Trump supporters now!!!” have been posted on street posts and parking meters in Patchogue, New York.

The fliers feature the threatening text in red and a stylized image of Trump’s face as a skeleton.

The fliers were “hanging across the street from Stanley’s Bedding Furniture on East Main Street, between Maple Avenue and North Ocean Avenue,” according to MSN News.

The Left wants to commit genocide on Trump supporters. pic.twitter.com/MlK3NHjDt1