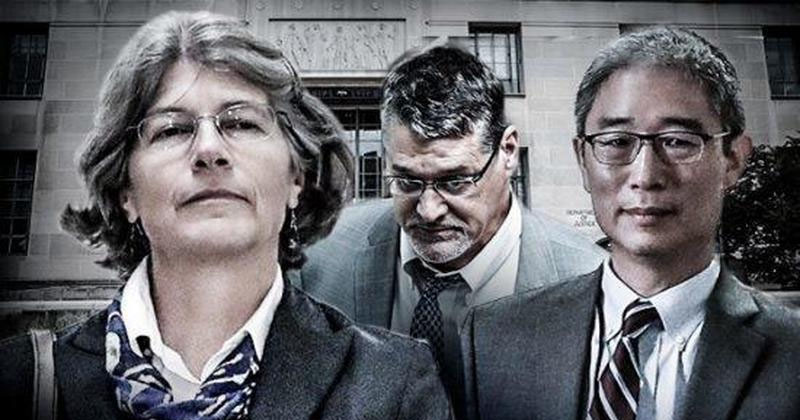 Department of Justice employee Bruce Ohr funneled opposition research compiled by his wife at Fusion GPS to the FBI for their phony Russia probe, according to internal documents obtained by Judicial Watch.

The material included the infamous and thoroughly debunked “Steele dossier” that served as the basis for the FISA court’s surveillance of several Trump campaign associates like Carter Page and George Papadopoulos leading up to the 2016 election.

These docs show crazed DOJ-FBI effort to use Clinton spy ring at Fusion GPS, namely Nellie Ohr, to smear @realDonaldTrump–even before he was sworn in as president. Clinton campaign operative Nellie Ohr may as well as have had a desk at Justice Department. https://t.co/rJd6Ln3Tbg

Disgraced ex-FBI Director Comey even admitted that the FBI knew the Steele dossier was “salacious and unverified” when they presented it to the FISA court.

This comes after Ohr’s interview transcripts with the FBI, known as a “302” report, were released last week revealing that the FISA court was not informed about the “corrupted process” behind the Steele dossier.

“These documents show a crazed DOJ-FBI effort to use the Clinton spy ring at Fusion GPS, namely Nellie Ohr, to smear President Trump – even before he was sworn in as president,” said Fitton.