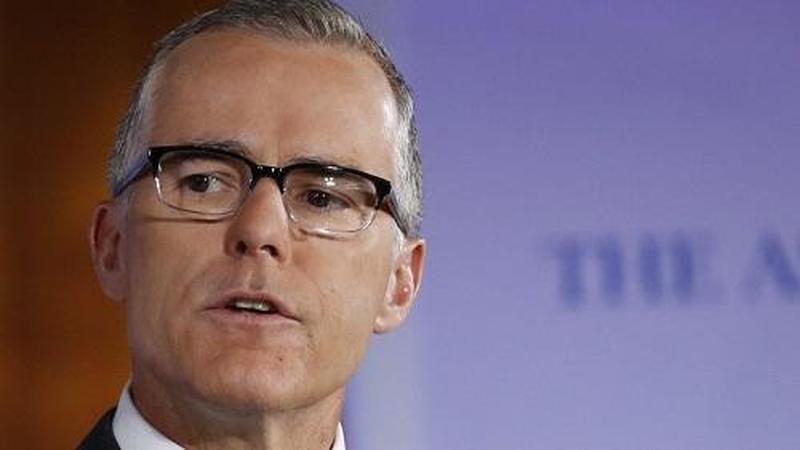 Another Ex-Obama official has joined the ranks of anti-Trump cable news punditry, this time disgraced FBI #2 Andrew McCabe, who was fired for leaking information to the media – then lying about it at least four times, including under oath.

Now, McCabe – who is suing the DOJ and FBI over what he claims was a “politically motivated” firing  just days before he was set to retire with full benefits,” will join former Director of National Intelligence James Clapper at CNN.

Andrew McCabe, one of the central figures of the “Russia collusion” hoax, who was fired from the FBI for lying about his leaks to the media, has been hired by CNN, one of the media outlets that did the most to perpetuate the damaging hoax. pic.twitter.com/lvfPRCk4tb

McCabe authorized an FBI spokesman to tell the Wall Street Journal‘s Devlin Barrett – just days before the 2016 US election, that the FBI hadn’t put the brakes on an investigation into the Clinton Foundation – at a time in which McCabe was coming under fire for his wife taking a $467,500 campaign contribution from Clinton associate, Terry McAuliffe.

As noted above, McCabe then lied about the leak at least four times and was subsequently fired over it.

McCabe claimed that his boss, also-fired former FBI Director James Comey, was well aware of the leaks. Comey shot back on ABC’s The View, calling McCabe a liar.

Comey was asked by host Megan McCain how he thought the public was supposed to have “confidence” in the FBI amid revelations that McCabe lied about the leak.

“It’s not okay. The McCabe case illustrates what an organization committed to the truth looks like,” Comey said, adding

“Good people lie … I still believe Andrew McCabe is a good person but the inspector general found he lied,” noting that there are “severe consequences” within the DOJ for doing so.

“In his comments this week about the McCabe matter, former FBI Director James Comey has relied on the Inspector Genera’s (OIG) conclusions in their report on Mr. McCabe. In fact, the report fails to adequately address the evidence (including sworn testimony) and documents that prove that Mr. McCabe advised Director Comey repeatedly that he was working with the Wall Street Journal on the stories in question…”