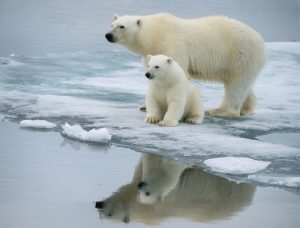 There are too many polar bears in parts of Nunavut that it is posing a risk to humans. Climate Change hasn’t yet affected polar bears and reports are to be released which defy the Global Warming agenda. As long as government funds only Global Warming research to support new tax schemes, we run the risk of a rise in disease and famine around various parts of the globe. 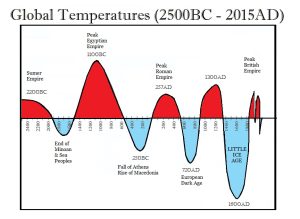 Climate Change is a reality. There is insufficient data to forecast that we are headed toward an ice age. It appears more that we will retest the former lows and then resume a warming trend after 2032. The Little Ice Age should be a major low based on our computer models. 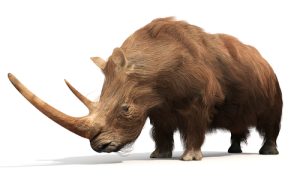 Most people have no idea that it was Climate Change which began the entire investigation into cycles. I have called this the clash between catastrophe and uniformity. The idea that systems just collapse in a catastrophic manner can be disquieting, to say the least. For this reason, uniformitarianism(linear thinking) soothes the senses and brings order to the future dominated by uncertainty. Yet, these two clashing schools of thought that lie at the core of just about everything from the Big Bang to Charles Darwin’s (1809-1882) Theory of Evolution, began with the discovery first in 1772 near Vilui, Siberia of a intact frozen woolly rhinoceros followed by the more famous discovery of a frozen mammoth in 1787.

You may be shocked, but these discoveries of frozen animals with grass still in their stomach, set in motion these two schools of thought since the evidence implied you could be eating lunch and suddenly find yourself frozen to be discovered by posterity.

This entire period of the late 1700s sparked a truly profound Intellectual Revolution that erupted in every field. In 1821, there was a Swiss engineer Ignaz Venetz who took a bold position also inspired by the Siberian discoveries, that there had been a former Alpine glaciation on a massive scale. His 38-page report was published posthumously in 1859. It was the birth of the idea of an Ice Age theory. A Norwegian geologist Jens Esmarch also argued that the Norwegian glaciers had been much greater in size.

What was emerging was a view that history was in fact non-linear. The weather was not a static progression of uniformity. Just as there was a cycle to the seasons, the idea that cycles existed on a much larger scale began to emerge. The very idea of an ICE AGE implied a change in weather patterns. History was perhaps not linear even within the context of nature. 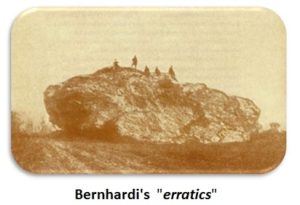 In 1832, Professor A. Bernhardi argued that the North Polar ice cap had extended into the plains of Germany. To support this theory, he pointed to the existence of huge boulders that have become known as “erratics” he suggested were pushed by the advancing ice. This was a shocking theory for it was certainly a nonlinear view of natural history. Bernhardi was thinking out of the box. However, in natural science people listen and review theory unlike in social science where theory is ignored if it challenges what people want to believe. In 1834, Johann von Charpentier (1786-1855) argued that there were deep grooves cut into the Alpine rock concluding, as did Karl Schimper, that they were caused by an advancing Ice Age.