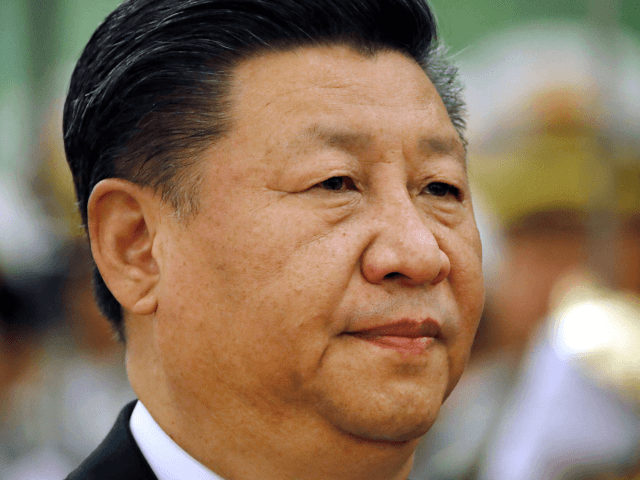 The editor of China’s state-run Global Times responded to U.S. President Donald Trump’s “order” for American companies to “immediately start looking for an alternative to China” on Friday by promising the U.S. side of the trade war will “feel the pain” from Chinese retaliation.

President Trump said on Friday morning via Twitter, “We don’t need China and, frankly, would be far better off without them.”

“The vast amounts of money made and stolen by China from the United States, year after year, for decades, will and must STOP,” Trump declared. “Our great American companies are hereby ordered to immediately start looking for an alternative to China, including bringing your companies HOME and making your products in the USA.”

Based on what I know, China will take further countermeasures in response to US tariffs on $300 billion Chinese goods. Beijing will soon unveil a plan of imposing retaliatory tariffs on certain US products. China has ammunition to fight back. The US side will feel the pain.

Without China’s market of 1.4b people, US farm goods will have nowhere to go, farm land being abandoned,farmers going bankrupt. US energy products will also lose an infinite market.Chinese auto market is already bigger than US’…all of this don’t have to happen.I hate trade war.

An editorial at the Global Times raged against American “hubris” and “neo-mercantilism,” portraying the trade dispute as part of an all-out war waged by a belligerent Trump administration against the rising globalist superpower of China.

As always, the Chinese pretended they have no idea why the U.S. is mad at them, and saw no honest grounds for criticizing Beijing’s activities in places such as Hong Kong or Xinjiang province, home of the oppressed Uighur Muslims. According to the Global Times:

Sanctions on leading Chinese high-tech companies, with various bans on the sale of American components; all kinds of pressures against the Chinese 5G and related bilateral agreements around the world; support and provocations on Taiwan and Hong Kong affairs, which are China’s internal affairs, where documented US interference (not today) is intolerable for China.

Going forward: criticism on China’s Xinjiang’s anti-terrorism and anti-extremism measures is build up on information manipulation; attempts to widen the field to currency competition, the re-emerging ones’ accusations of currency manipulation were not valid years ago, and they are not today, with an increasingly integrated and open China. Not to mention the aforementioned declaration on the reform of the WTO. The Trump administration continues to move from an extreme position to its exact opposite, even within a few days.

China, for its part, continues to anticipate the objectives of its economic policy plans and to accelerate innovation, research and the development of its internal markets.

High savings, wage growth, support for domestic demand and restructuring of supply side are the cornerstones of the Chinese “new normal” to stabilize the economic growth, at least since 2008. The West, on the contrary, loses bits and pieces, by foreshadowing the advance of a new great crisis.

MarketWatch on Friday reported China will increase tariffs by five to ten percent on over 5,000 U.S. products valued at approximately $75 billion. The Chinese tariffs appear to be politically targeted at American states that will play a crucial role in the 2020 election in a bid to produce a Democrat administration more friendly to Beijing.

The U.S. imports four and a half times as many goods from China than the other way around, but the Chinese government, as it’s done in the past, appears to be singling out American-made products largely in Midwestern states that Trump carried in the 2016 election and that he needs to win reelection.