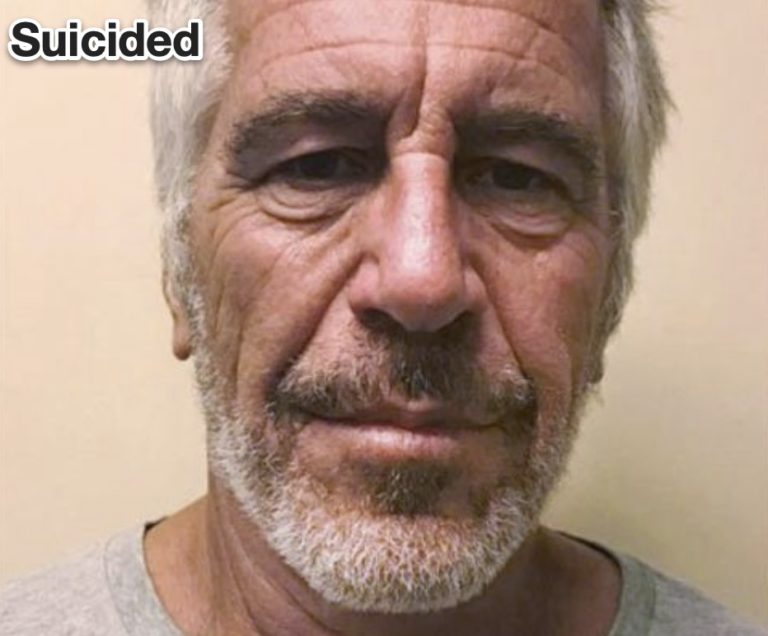 Is a murder committed more heinous than a suicide allowed? In its act, sure. In this context? NO.

It’s entirely fitting that the death of Jeffrey Epstein is as disturbing, shady, bizarre and seemingly inexplicable as the rest of his life. It seems as if one could research this wretched man’s time on earth for years and still come up with more questions than answers. An unfortunate reality complicated by the fact we don’t have a mass media particularly interested in asking any of the big questions, such as:

It appears sexually abusing children and accumulating associated blackmail on the rich and powerful was a full-time job for Epstein, so who was actually bankrolling/overseeing this operation? Was it Wexner, somebody else, or was it an intelligence agency as Alex Acosta claims he was told? Seems kind of important to get to the bottom of this.

I could go on and on, but then this would become a book. Rather, the purpose of this post is to highlight the outlandishness surrounding many of the details (or lack thereof) surrounding Epstein’s death a week ago in a Department of Justice operated New York City prison.

Indeed, what you’d have to believe in order to think this was a simple suicide is the actual conspiracy theory.

Let’s begin with the initial attack, which happened three weeks before his death.

As everybody knows, on July 23, Jeffrey Epstein was found in a fetal position, semi-conscious, on the floor of his cell with neck injuries. His cellmate at the time was Nicholas Tartaglione, a former New York police officer who was arrested in December 2016 on charges of killing four men in a drug distribution conspiracy.

There was a giant haze surrounding this incident up until the moment of Epstein’s death, with everyone unsure whether he was attacked or if it was a suicide attempt. According to a report by NBC News, Tartaglione was subsequently cleared the day before Epstein was found dead. I suppose that means the initial attack was belatedly ruled a suicide attempt, but why did it take so long to figure that out? It took far less time to rule Epstein’s suspicious death a suicide.

Circumstances at the Prison Surrounding the Death
Either the stars all aligned perfectly for the most important prisoner in America to kill himself on that day, or he was somehow murdered to shield an extensive list of some of the most wealthy and powerful people on earth. Decide for yourself.

– One of Epstein’s Guards Was Not a Corrections Officer

A person familiar with operations at the federal jail where Jeffrey Epstein killed himself says one of the two people guarding him the night he died wasn’t a correctional officer.

The person wasn’t authorized to disclose information about the investigation and spoke on condition of anonymity.

The person said Epstein hanged himself with a bedsheet, days after being taken off a suicide watch.

Federal prisons facing shortages of fully trained guards have resorted to having other types of support staff fill in for correctional officers, including clerical workers and teachers.

Guards were supposed to have checked on Epstein every 30 minutes, but rather both of them fell asleep for 3 hours during the window of Epstein’s death.

The two prison guards assigned to monitor Jeffrey Epstein in a high-security jail fell asleep for three hours, the night he died of an apparent suicide, The New York Times reported on Tuesday, citing unnamed officials…

According to reports, there were multiple breaches in protocol regarding the supervision of Epstein: prison guards were required to check on Epstein every 30 minutes, which they failed to do, officials told The Times, and Epstein was being housed alone after his cellmate was transferred and was not replaced.

A person familiar with the probe of Jeffrey Epstein’s death at a federal jail says guards are suspected of falsifying log entries to show they were checking on inmates in his unit every half hour, when they actually weren’t.

– Key People at the Prison Are Not Cooperating with the FBI

Even top officials in the department have been frustrated by their inability to get some answers from the prison, in part because initial answers turned out to be inaccurate in some cases…

The FBI probe is complicated by the fact that key people involved aren’t cooperating, people briefed on the matter say.

Epstein was taken off of suicide watch on July 29 and returned to the MCC’s special housing unit after a psychiatric evaluation determined he was no longer at risk of harming himself. The Wall Street Journal reported that Epstein’s lawyers had requested he be removed from suicide watch.

– Epstein’s Cellmate Was Removed the Day Before Epstein Died

This makes no sense, unless you’re trying to create the perfect conditions for Epstein to die.

In one instance over the weekend, officials believed the former Epstein cellmate had been released on bail. But it turns out he had been moved to another facility, one person briefed on the matter said. One of the first tasks for FBI agents this week was interviewing that former cellmate, who could provide information on Epstein’s behavior in the days before his suicide.

Who was Epstein’s cellmate before he died? After the first incident, it was revealed almost immediately who his cellmate was, but there’s been little to no details about the second cellmate. Who was he and what does he have to say?

LEBANON CLOSE TO BANKRUPTCY: DOLLARS SCARCE AND HUGE AMOUNT OF DEBT DENOMINATED IN DOLLARS IS DUE