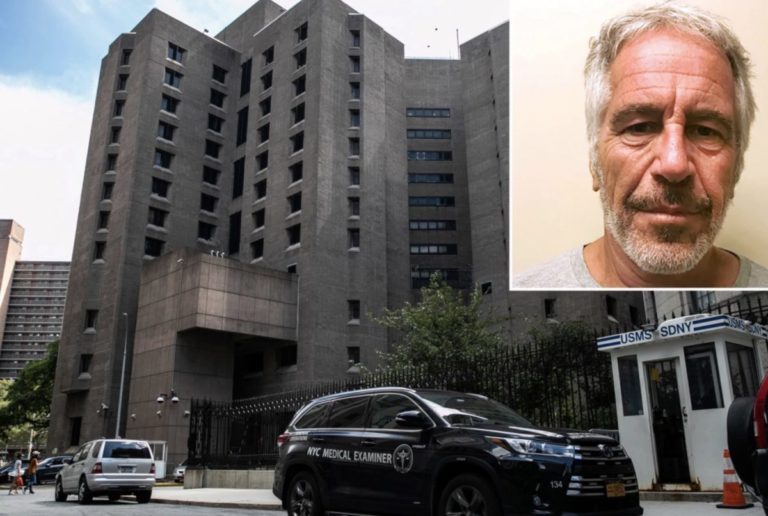 Did you wear a black armband
When they shot the man
Who said “peace could last forever”
And in my first memories
They shot Kennedy
I went numb when I learned to see
So I never fell for Vietnam
We got the wall of D.C. to remind us all
That you can’t trust freedom
When it’s not in your hands
When everybody’s fightin’
For their promised land

You know things are getting really weird when news of Jeffrey Epstein’s death in a New York City prison operated by the U.S. Department of Justice is the least surprising part of the whole story. Countless people, including myself, assumed this exact sort of thing would happen. Then, just like that, he’s gone.

I continue to think the players involved with Epstein in what appears to have been an intelligence-linked blackmail operation, as well as those at risk of being exposed in more detail, are simply too powerful and connected to the institutions that run this country (and others) for us to ever get real answers. It’s cynical and depressing, but based on what I’ve seen over the past couple of decades, it’s the most likely outcome.

Rule of law in America? Don’t be ridiculous. There are rulers and the ruled. Which bucket do you think you’re in?

But there’s some good that can come from this. One reason the American public is so passive relates to the fact many people live in a state of willful denial. To admit your country runs more like the Corleone family than some famed tome of Greek political-philosophy is a difficult step to take. To admit this means you’re either going to cower in a corner and hope to stay safe, or you’re going to do something about it. Many people still don’t want to do anything about it, so they continue to exist in a comfortable mental and emotional narrative of what they want to believe the U.S. is, as opposed to reality.

Although I harbor no illusions about justice being done in the Epstein case, there’s something each and every one of us can do. We can call this charade out for what it clearly is. The whole thing’s a giant middle finger squarely in the face of every single person on earth and should be treated as such. Never forget what happened here. Ever. And keep digging.

Take ownership of your mental faculties and show some courage. There are many, many questions to be asked at the moment and we should all start asking them. I’ll start.

Where the heck is Ghislaine Maxwell? You know, the woman Jeffrey Epstein referred to as his “best friend” and who’s accused of acting as his madam in this whole sordid affair. She seems to have disappeared off the face of the earth and very few people seem interested.

This should be the top question right now – Where is Ghislaine Maxwell (and why isn’t she in custody)?

As reported by CBS News:

London — The death of Jeffrey Epstein is putting new attention on his alleged co-conspirators, who could still face charges. The number one person on that list is Ghislaine Maxwell, who’s accused of finding teenage girls for Epstein and his friends — including a member of Britain’s royal family.

As CBS News correspondent Holly Williams reports, documents unsealed on Friday contain allegations that Maxwell, a close acquaintance of Epstein’s, played an “important role” in the late billionaire financier’s “sexual abuse ring,”directing an underage girl to have sex with Epstein and others. Maxwell strenuously denies the allegations. Her current whereabouts are unknown.