Newly unsealed court documents contain a slew of horrifying allegations against the billionaire sex offender Jeffrey Epstein and those in his inner circle, including claims that a 15-year-old Swedish girl was essentially held hostage on his private island, and that friends of Epstein’s had taken her passport and phone, and demanded sex from her.

These claims come from nearly a huge tranche of documents recently unsealed by the United States Second Circuit Court of Appeals related to the defamation lawsuit filed by Epstein victim Virginia Roberts Giuffre against his associate Ghislaine Maxwell. As part of the case, Giuffre’s legal team cited testimony from Rinaldo Rizzo, a former house manager for one of Epstein and Mexwell’s friends, Eva Andersson-Dubin.

Per the document, Rizzo testified “through tears” in a deposition that he had once seen Maxwell “bring a 15-year-old Swedish girl to Dubin’s house” while he was working there. (A spokesperson for the Dubins denies the allegations in the unsealed filing, calling them “demonstrably false.”) Andersson-Dubin is the wife of hedge fund billionaire Glenn Dubin, and is Swedish herself, a former model and now a well-known doctor, who supposedly dated Epstein before marrying her husband. Andersson-Dubin’s name can be found on Epstein’s private jet flight logs, and the couple remained friendly with Epstein enough after his 2008 conviction of soliciting prostitution from an underage girl (to which he pled guilty) to invite him to Thanksgiving dinner in 2009.

Rizzo’s description of encountering the 15-year-old in Dubin’s kitchen is disturbing. She had no passport or phone, he said, she was crying, and had no idea how she had gotten to New York from “the island,” referring to Epstein’s compound in the U.S. Virgin Islands. “She sat down and sat in the stool … with no expression and with head down,” Rizzo told investigators. She was “literally quivering.” 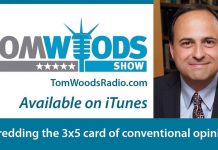