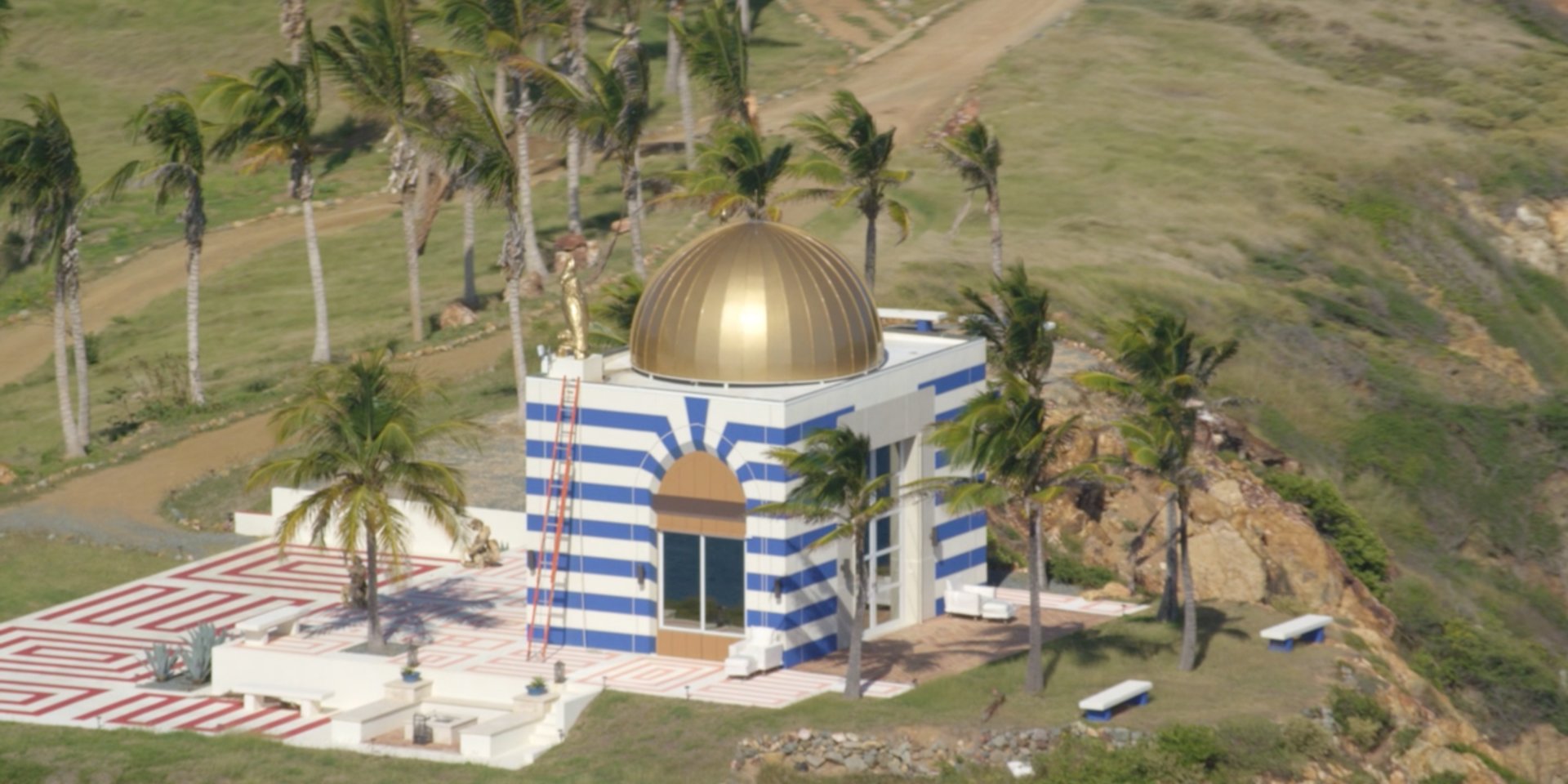 This is not a riddle, but two questions inspired by two very weird stories circulating about financier Jeffrey Epstein, who is in federal custody over charges of trafficking and sexual abuse of young girls.

First, from today: Why did Jeffrey Epstein build a temple on his private island?

“A contractor and engineer who spoke with INSIDER highlighted an odd design anomaly: The medieval-era lock on the front door appears designed to keep people inside.”

Second, also from today: The Intercept reports that right after Epstein reached that ridiculously sweet non-prosecution deal in July 2008 with then-U.S. Attorney Alex Acosta in Florida, maritime records show that Epstein shipped himself a paper shredder from the U.S. Virgin Islands to his Palm Beach home.

But that’s not all. In March of this year, not long after federal judge in Florida invalidated that sweet Acosta agreement, the records show that Epstein shipped a tile and carpet extractor from the Virgin Islands to his Manhattan townhouse.

On July 7, 2008, federal prosecutors told Epstein’s attorneys via email that they intended to notify the 32 victims about the agreement. Epstein’s lawyers and the prosecutors debated how much of the agreement to reveal, settling on a less than full accounting.

A week later, on July 15, Epstein received a shipment at his Palm Beach home from the port in the U.S. Virgin Islands closest to his home there, according to maritime shipping records compiled by ImportGenius and provided to The Intercept. The shipment was a 53-pound shredder.

For the next decade, Epstein’s legal troubles appeared to be behind him. Then, in November 2018, the Miami Herald published a new investigation into Epstein’s alleged child sex trafficking ring, which prompted federal investigators to take a new look at the case. However, the agreement not to prosecute first had to be invalidated. That came on February 21, when a Florida federal judge ruled that Acosta’s office had violated the Crime Victims’ Rights Act by keeping the women in the dark.

On March 11, 2019, Epstein got a new shipment from the port in the U.S. Virgin Islands. This time, it was sent to his New York townhouse, and it’s listed in maritime records as a tile and carpet extractor that weighed 191 pounds.

The Intercept credits Import Genius analyst William George with finding the details of the shipments in the company’s database.

[He] noted that both shipments could, of course, be entirely unrelated to the alleged crimes and the prosecutions. Indeed, many people own shredders or tile and carpet extractors do not run child sex trafficking rings to service the global elite. Still, the timing could require an explanation from Epstein. He is currently in jail awaiting trial and unavailable for comment. His legal representatives did not respond to a request for comment.