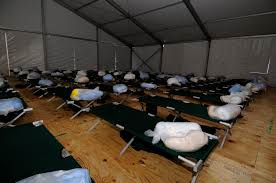 You have to know when to hold’em, know when to fold’em. This is an issue that many Americans will have to grapple with should the Democrats win the 2020 Election in both houses of Congress and the Presidency as well.

There are many avenues to voter fraud in the upcoming 2020 Election. Below, is a brief summary of some of the methods that the Democrats will employ to win the 2020 Election.

The majority of Americans are conservative and respect the Constitution, but increasingly, the young people are socialist and the radicals of the Democratic Party hold promise for our young adults who are too lazy to compete in the world. In short, they want something for nothing. Those that embrace socialism always end up with nothing. However, most of these people are ignorant of economic trends and the history of the world.

In 2016, voter fraud was often estimated at garberubg at least 7 million votes . Many people voted in multiple states under multiple ID’s.

Then there is the matter of the George Soros voting machines. According to a Stanford University study, the only reason that Clinton won the 2016 Democratic Primary is because of the massive voter fraud in the 16 states the employed Soros voting machines. In each case, the exit polling did not match the counted electronic votes. Yet, when paper ballots were used, the exit polling, which favored Bernie Sanders, always matched the final vote total. Look for increase in this type of voter fraud.

The potential for voter fraud has never been greater.

When the Democrats Win

With no legal obstacles, the Democrats will be free to implement whatever they desire. The radical Democrats running for President are amazingly consistent in what they are calling for. Here is a short list:

And this was only the short version.

The man who launched Obama’s political career, Weathermen Underground leader, Bill Ayers, once told FBI Special Informant, Larry Grathwohl that if he won, he would imprison 50 million Americans into re-education camps and murder more than half of them. Ask yourself a question America. Have you created a footprint that is loyal to extreme liberalism, or not. IF you haven’t your life, and the lives of your family are in danger. Ayers visited the White House several times during the Obama administration. If you are unconvinced, perhaps you should read Executive Order 13603 and FM 39.4. And then read a history book about the rise of Hitler, Mao and Stalin because this is the period we are entering.