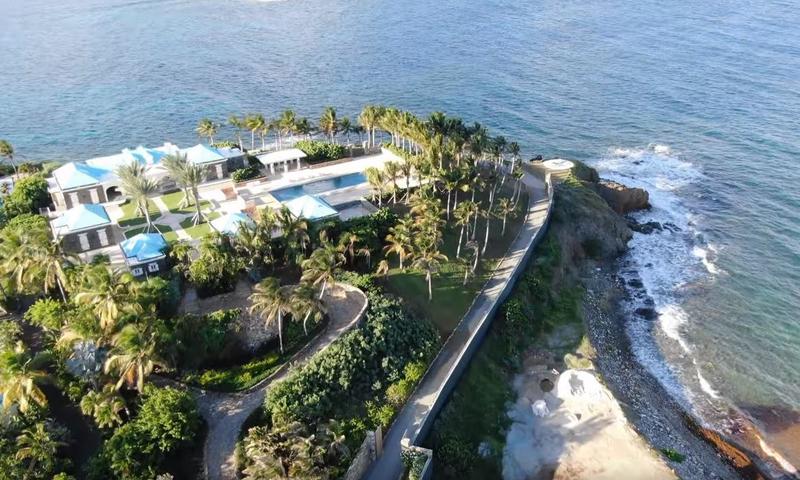 Following the arrest of Jeffrey Epstein, interest in his 75-acre island, Little St. James, has hit an all time high.

Purchased in 1998 for $7.95 million, Epstein visited the island up to three times a month up until 2008, when he struck his infamous ‘sweetheart’ deal with just-resigned (fired) Secretary of Labor, Alexander Acosta.

Clinton has denied ever being on the island, or having much of a connection with Epstein at all – despite the financier bragging that he helped conceive the Clinton Global Initiative, as well as contributing $25,000 to the Clinton Foundation.

According to Fox News, Epstein had a dedicated team of workers on the island who trafficked girls as young as 12 to his clients. Sarah Ransome, one of his alleged victims, said she tried to swim off the island only to be found by a search party that included Epstein and his cohort Ghislaine Maxwell. Ransome also said that they kept her passport so she couldn’t leave.

Though the specifics of the visits are unclear, one former employee told Bloomberg that Epstein would fly young women into St. Thomas, whom he would then ferry over to his private island via a boat named “Lady Ghislaine.” –The Cut

Epstein loved collecting “pirate treasure” from all over his island – paying staffers between $100 and $1,000 if they discovered old rum bottles, plates and other relics from the property.

Since purchasing the island, Epstein has had all manner of roads and buildings constructed – including the infamously weird cube-shaped building which used to sport a copper dome (until Hurricane Irma knocked it off in 2017).

At present it appears to be under construction, and has what looks to be two stripped mattresses inside.

The estate also features a strange sun dial in the middle with benches and rocks around the perimeter.

With all of the newfound interest in ‘pedo island,’ someone took several minutes of 4K drone footage, which can be seen below: