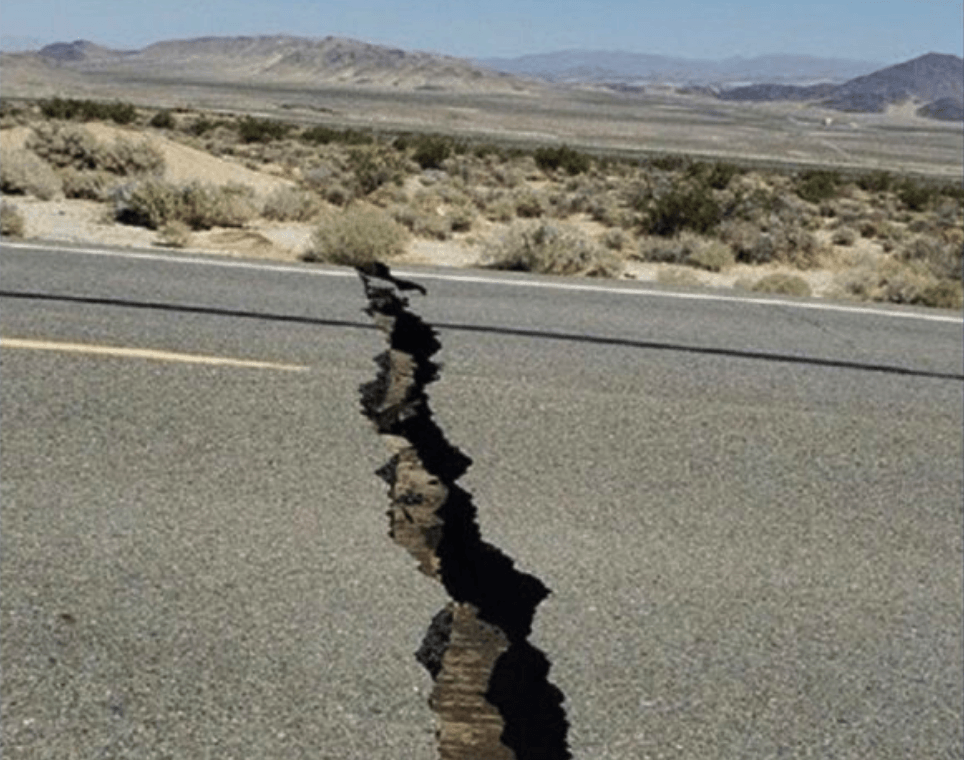 We just witnessed the largest earthquake to hit the state of California in many years, and it definitely shook a lot of people up, but the truth is that it is not even worth comparing to “the Big One” that scientists assure us is coming someday.  On Thursday morning, a magnitude 6.4 earthquake rocked portions of southern California and southern Nevada.  The quake was so powerful that it was felt by people living in both Los Angeles and Las Vegas.  It created giant cracks in major highways, it caused countless fires, and it was even picked up by a seismograph in Pennsylvania.  We are talking about a major seismic event, and over the last 24 hours there have been an astounding 1,217 aftershocks.  But as bad as this earthquake was, “the Big One” will be at least 100 times more powerful than what we just witnessed.

Hopefully we won’t see “the Big One” for quite a while, but right now we are being told that there is a strong possibility that we could see more large aftershocks as the rumbling in southern California continues…

California could be hit by another, even more powerful earthquake within days after southern California was rocked by its worst tremor in 20 years on Thursday, experts believe.

Geologists say yesterday’s 6.4-magnitude quake is likely to produce a forceful 5.5-strength aftershock and a series of smaller tremors – and could even prompt a larger one.

And we did actually see a magnitude 5.4 quake among the hundreds of aftershocksthat have been relentlessly pounding the Ridgecrest area, but hopefully all of this shaking will start to subside very soon.

Unfortunately, scientists are telling us that the Ridgecrest quake didn’t “relieve pressure” or make “the Big One” any less likely.  In fact, they continue to insist that we are way overdue for “the Big One” and that it is likely to be “125 times stronger”than the earthquake that we just witnessed…

Of course that figure is just an estimate and it is based on a hypothetical magnitude 7.8 earthquake.

Theoretically, a magnitude 9.0 earthquake would release 7,943 times as much energy as the Ridgecraft earthquake, and that would easily be the most destructive natural disaster that we have ever seen in all of U.S. history up to this point.

And please don’t think that such a quake can’t happen.  Scientists admit that the San Andreas fault has the potential to “move for many feet almost instantaneously”…

The San Andreas is particularly feared because, in some sections, it will move for many feet almost instantaneously. A famous example was during the great 1906 magnitude 7.8 earthquake that destroyed San Francisco; at Point Reyes in Marin County, a fence that intersected the fault was suddenly cut in two, separated on each side by the San Andreas by 18 feet.

A similar sized earthquake of the San Andreas fault rupturing through the Palm Springs area would shatter the ground. If a couple had the misfortune of holding hands across the fault in a remote part of the desert near Desert Hot Springs when the Big One hits, they’d suddenly be separated by as much as 30 feet — almost the entire length of a city bus, USGS research geophysicist Kate Scharer said in 2017.

Someday it will happen, and it will be worse than anything that Hollywood has ever dreamed up.

A few years ago, a team of scientists discovered that previous earthquakes in the distant past caused the ground in southern California to sink by up to three feet in just a matter of moments. Their research led them to the conclusion that if a similar earthquake happened today, large portions of southern California would go into the Pacific Ocean “almost instantly”…

The Big One may be overdue to hit California, but scientists near LA have found a new risk for the area during a major earthquake.

They claim that if a major tremor hits the area, it could plunge large parts of California into the sea almost instantly.

The discovery was made after studying the Newport-Inglewood fault, which has long been believed to be one of Southern California’s danger zones.

Cal State Fullerton professor Matt Kirby was one of the scientists that worked on that study, and he insists that if such a quake happened right now there wouldn’t be any time to evacuate…

‘It´s something that would happen relatively instantaneously,’ Kirby said.

‘Probably today if it happened, you would see seawater rushing in.’

It is just a matter of time before such an event takes place, and hopefully it won’t happen too soon, but without a doubt our planet is becoming increasingly unstable and now is not a good time to be living in California.

Unfortunately, we don’t have the ability to forecast earthquakes like we can forecast the weather.  But scientists all over the globe are in agreement that southern California is way overdue for “the Big One”.  For example, I would like you to carefully consider the words of paleoseismologist Chris Goldfinger…

“Most earthquake geologists rarely use that language about ‘being overdue,’ but we all agree,” Chris Goldfinger, a paleoseismologist at Oregon State University, previously told Business Insider.

But making forecasts about California’s mess of faults is challenging, Goldfinger added.

“It’s like a game of Russian roulette, except the gun has 100 chambers rather than six, and several dozen guns instead of just one,” he said.

If you play Russian roulette enough times, eventually you will lose.

I don’t know anyone that has written about the coming great earthquake in California more frequently than I have, and it is absolutely critical that people understand that this is not a theoretical discussion.  Scientists assure us that it is going to happen, and the only thing that is uncertain is the exact timing.