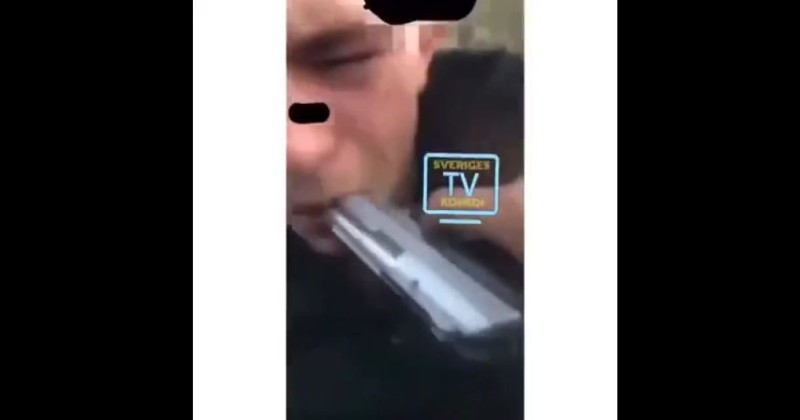 A video showing a gang of migrant youths bullying a Swedish teenager by shoving a gun in his mouth and forcing him to dance has stirred controversy.

The short clip shows an obviously traumatized teen being intimidated and kicked.

The gang speak with heavy accents and force the teen to kiss the gun, “which they refer to by a Turkish-derived slang word (Swedish “tabbe”, from Turkish “tabanca”),” reports Sputnik.

The boy is clearly being humiliated for the pleasure of his tormentors.

The video was uploaded to YouTube but subsequently deleted. It is unclear where in Sweden the incident took place or the circumstances behind it.

Swedes reacted the video with a mixture of anger and dark humor.

“The youngsters’ voices are still cracking, and they are already running around with weapons and terrorising the Swedish people. The future seems promising,” remarked one.

“A foul deed that should have been classified as a hate crime. It purely screams racism. Regardless of how clear it is, some groups get away with just about anything,” added another.

As we have previously highlighted, surveys show that migrants are vastly overrepresented in violent crime and rapes in Sweden, but the government stopped gathering official statistics back in 2005.

This was long before the problem was exacerbated by the arrival of over 150,000 new “refugees” mainly from Islamic countries from 2015 onwards.

Would YOU Be Considered a Domestic Terrorist Under This New Bill?