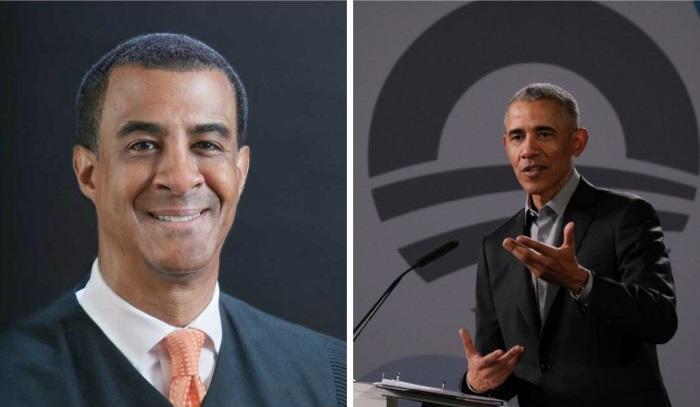 A federal judge appointed by former President Barack Obama after contributing heavily to his campaigns has blocked the Trump administration from reallocating $2.5 billion to construct border barriers, according to the Daily Caller.

US District Judge Haywood Gilliam expanded on a May 24 order, forbidding the Trump administration from breaking ground on specific border wall projects in California, Texas, Arizona and New Mexico. He also turned his previous order into a permanent injunction, according to the Caller‘s Kevin Daley.

Gilliam also donated tens of thousands of dollars towards electing and reelecting Obama.

According to federal election records, Gilliam donated $6,900 to Obama’s campaign for president—$4,600 to Obama for America and $2,300 to the Obama Victory Fund.

Gilliam donated additional funds to Obama’s re-election campaign, sending $13,500 to Obama for America and Obama Victory Fund 2012. He also donated $4,500 to the Democratic National Committee. From 2012 to November 2014, he sent $3,100 to the Covington and Burling LLP PAC. –Epoch Times