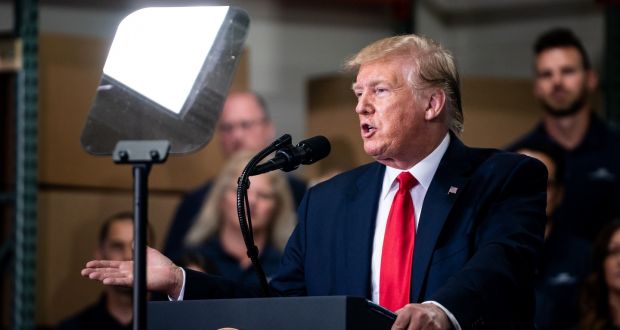 In what many are suggesting is his most controversial twitter-tirade yet, President Trump told progressive congresswomen to go back to their “totally broken and crime infested” countries of origin and mocked the infighting rocking the Democratic Party.

“So interesting to see “Progressive” Democrat Congresswomen, who originally came from countries whose governments are a complete and total catastrophe, the worst, most corrupt and inept anywhere in the world (if they even have a functioning government at all), now loudly and viciously telling the people of the United States, the greatest and most powerful Nation on earth, how our government is to be run.

“Why don’t they go back and help fix the totally broken and crime infested places from which they came. Then come back and show us how it is done.

“These places need your help badly, you can’t leave fast enough. I’m sure that Nancy Pelosi would be very happy to quickly work out free travel arrangements!”

The tweet appeared to be aimed at New York Rep. Alexandria Ocasio-Cortez and her squad, Reps. Rashida Tlaib, Ayanna Pressley and Ilhan Omar.