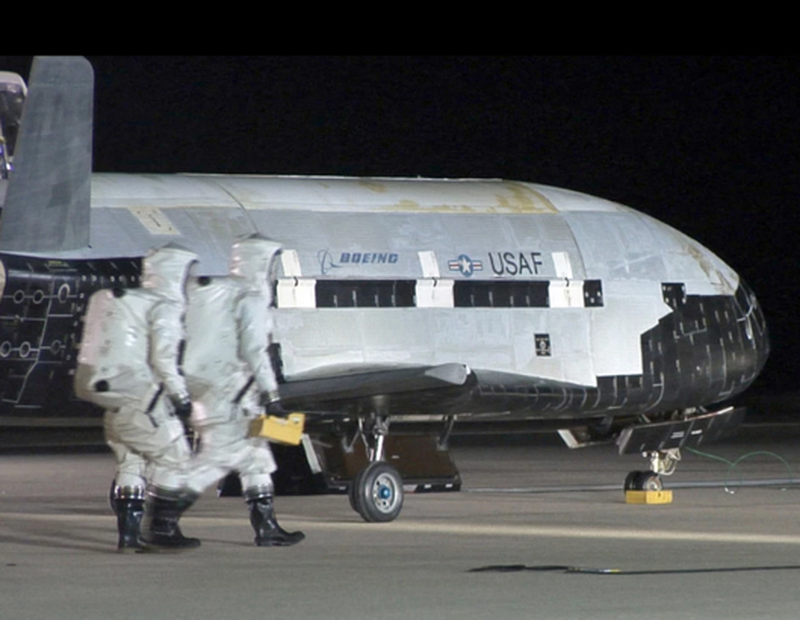 Skywatcher Ralf Vandebergh of the Netherlands recently snapped an impressive photo of the US Air Force’s most secretive space plane orbiting Earth.

The Boeing X-37, also known as the Orbital Test Vehicle (OTV), is a reusable robotic space plane, was conducting a top-secret mission in low Earth orbit when Vandenbergh recorded the image.

“When I tried to observe it again [in] mid-June, it didn’t meet the predicted time and path,” Vandebergh explained.

“It turned out to have maneuvered to another orbit. Thanks to the amateur satellite observers’ network, it was rapidly found in orbit again, and I was able to take some images on June 30 and July 2.”

“It is a small object, even at only 300 kilometers [186 miles] altitude, so don’t expect the detail level of ground-based images of the real space shuttle,” Vandebergh said.

“We can recognize a bit of the nose, payload bay and tail of this mini-shuttle, with even a sign of some smaller detail,” he said.

Vandebergh noted that he used a 10-inch F/4,8 aperture Newtonian telescope with an Astrolumina ALccd 5L-11 mono CMOS camera (both can be bought over the internet under $10,000).

Space.com said the X-37B had achieved 666 days of flight on OTV-5 mission.

Notice how each OTV mission has a longer duration in space…

OTV-5 began on September 2017 atop a SpaceX Falcon 9 rocket, with experimental cargo: electronics and oscillating heat pipes for long-duration stints in the space environment. The payload’s top science objectives are to measure the thermal performance of extended space travel to asses any lifetime degradation.