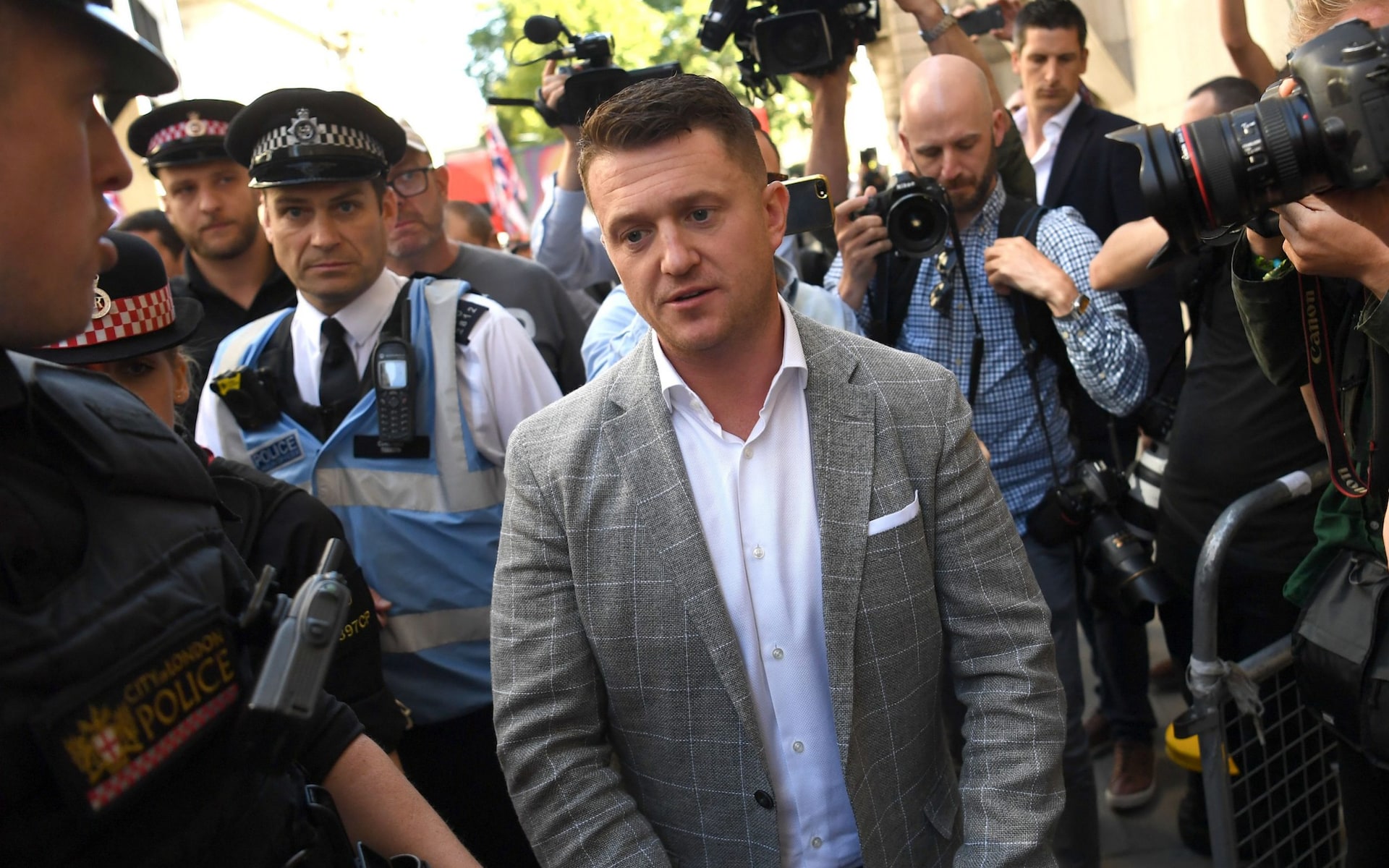 Tommy Robinson has been jailed for nine months, but will serve just 10 weeks, after being found in contempt of court for broadcasting a video on social media which featured defendants in a criminal trial.

The founder of the English Defence League (EDL), whose real name is Stephen Yaxley-Lennon, was found to have committed contempt of court following a two-day hearing at the Old Bailey last week.

Dame Victoria Sharp and Mr Justice Warby found Robinson was in contempt in three respects when he filmed men accused of the sexual exploitation of young girls and live-streamed the footage on Facebook, in breach of a reporting ban, outside Leeds Crown Court in May 2018.

Dame Victoria Sharp and Mr Justice Warby found Robinson was in contempt in three respects when he filmed men accused of the sexual exploitation of young girls and live-streamed the footage on Facebook, in breach of a reporting ban, outside Leeds Crown Court in May 2018.

Passing sentence, Dame Victoria said: “Nothing less than a custodial penalty would properly reflect the gravity of the conduct we have identified.”

Because Robinson has already served 69 days for the Leeds contempt case which was eventually overturned and retried last week, Dame Victoria said he would be required to serve nearly 10 weeks in prison. 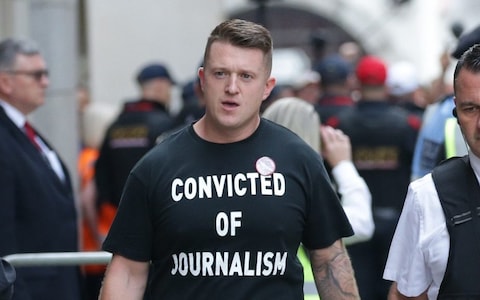 Dame Victoria continued: “The respondent (Robinson) cannot be given credit for pleading guilty. He has lied about a number of matters and sought to portray himself as the victim of unfairness and oppression.

“This does not increase his sentence, but it does mean that there can be no reduction for an admission of guilt.”

Speaking after the sentencing, the Attorney General said: “Today’s sentencing of Yaxley-Lennon serves to illustrate how seriously the courts will take matters of contempt.

“Posting material online that breaches reporting restrictions or risks prejudicing legal proceedings has consequences, and I would urge everyone to think carefully about whether their social media posts could amount to contempt of court.”

Giving reasons for the decision on Tuesday, Dame Victoria said Robinson encouraged “vigilante action” in the video, which lasted an hour-and-a-half and was viewed online 250,000 times on the morning of the broadcast.

The judge said the words he used in the video would have been understood by viewers as “an incitement” to harass the defendants and “gave rise to a real risk the course of justice would be seriously impeded”.

Throughout the Old Bailey hearing, Robinson denied any wrongdoing, saying he did not believe he was breaching reporting restrictions and only referred to information that was already in the public domain.

Robinson was jailed for 13 months after being found in contempt of court on the day of the broadcast.