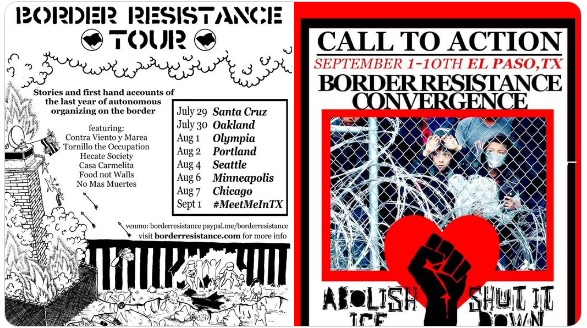 ANP and others have documented many of Antifa terrorist attacks against peaceful protesters, patriot prayer groups and free speech rallies, always conducted in cities run by radical liberals that allow the attacks, even when forewarned, and others such as Portland Oregon with politicians and city leaders ordering police to stand down and allow the Antifa groups free reign to terrorize their citizens.

According to an Antia Facebook page, and reports from Independent Journalists that have been reporting on the groups, Antifa is preparing a “Border Resistance Tour,” with one flyer listing dates and places, such as Oakland, Olympia, Portland, Seattle, Minneapolis and Chicago, again, all liberally run cities where they know they can basically get away with their antics with very few arrests.

A description of the event by Journalist Andy Ngo, who recently was attacked by Antifa which resulted in Ngo being hospitalized by a brain bleed, explains that the tour will end up converging in a very unlikely place…… El Paso, Texas. 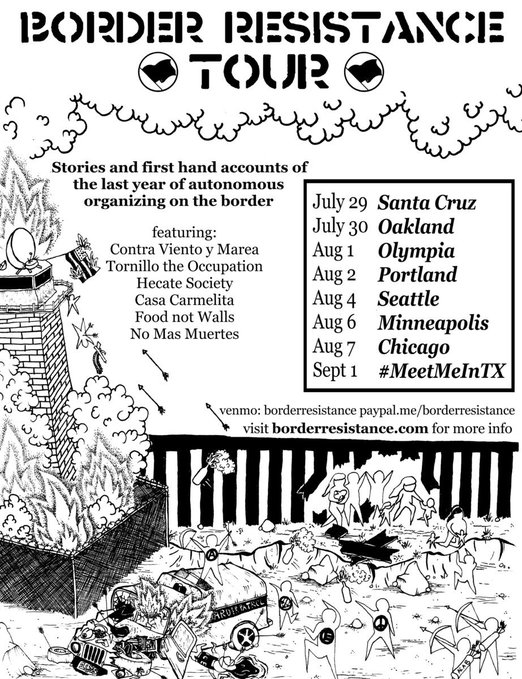 THIS COULD TURN INTO A BLOODBATH

Antifa generally avoids going to conservative cities, where the local government would have no tolerance for their violent antics against citizens and law enforcement, which makes their stated plans for El Paso, to be a possible disaster….for them. It is noteworthy that El Paso, while welcoming of immigrants, are against “illegal immigration,” as well as having both a Republican Mayor, Donald “Dee Dee” Margo, and a Republican Governor, Rick Abbott.

El Paso has been ranked as one of the top three safest large U.S. cities since 1997 and the safest for the last three years. The city is known for its strong military presence, including Biggs Army Airfield and Fort Bliss — one of the largest U.S. Army military complexes and the country’s largest training area. El Paso is also the headquarters for the U.S. Border Patrol Special Operations Group, the Joint Task Force North, and the El Paso Intelligence Center.

Besides having a large military presence and conservatives as both Mayor and Governor, Texas is also an “open carry” state for licensed gun owners, meaning residents can openly carry weapons, but “Texans must have a state-issued license, be at least 21 years old or 18 if military, pass an approved training course and shooting test and have no criminal or psychological issues that prohibit them from possessing guns.”

Demographically, the city is unlike the majority of cities that Antifa regularly terrorizes, as it is predominantly white, with a large Hispanic community, that again, favors immigration but not “illegal” immigration.

According to the “Border Resistance” website, “Local and national organizers are working together to build 10 days of trainings and direct actions for the Border Resistance Convergence in El Paso, TX – September 1-10th. We are calling on affinity groups everywhere to come together and help us address US-funded genocide and local concentration camps.”

While the Border resistance tour Facebook page shows over 200 listed as interested and less than 50 indicating they will be participating, other Antifa groups, such as “It’s Going Down,” also known for their violent tendencies, have started advertising the event, meaning more Antifa members and supporters will be particpating.

This “call to action” by Antifa groups and supporters, comes on the heels of the recent death of Antifa member/supporter Willem Van Spronsen, who, armed with a rifle and incendiary devices, attacked the Northwest Detention Center in Tacoma, Washington,  set vehicles on fire, then tried to blow up a propane tank for the facility when officers opened fire and killed him.

Antifa groups hailed him as a hero, published his manifesto, and called him a “martyr.” In Spronsen’s manifesto, he also referred to the border detention facilities as “concentration camps.”

Should the event organizers be intending for others to follow Spronsen into becoming “martyrs” for the cause, choosing to attack a Texas town like El Paso, known for being one of the safest towns in the nation, with such a large military presence, they certainly are setting the stage for a potential bloodbath. 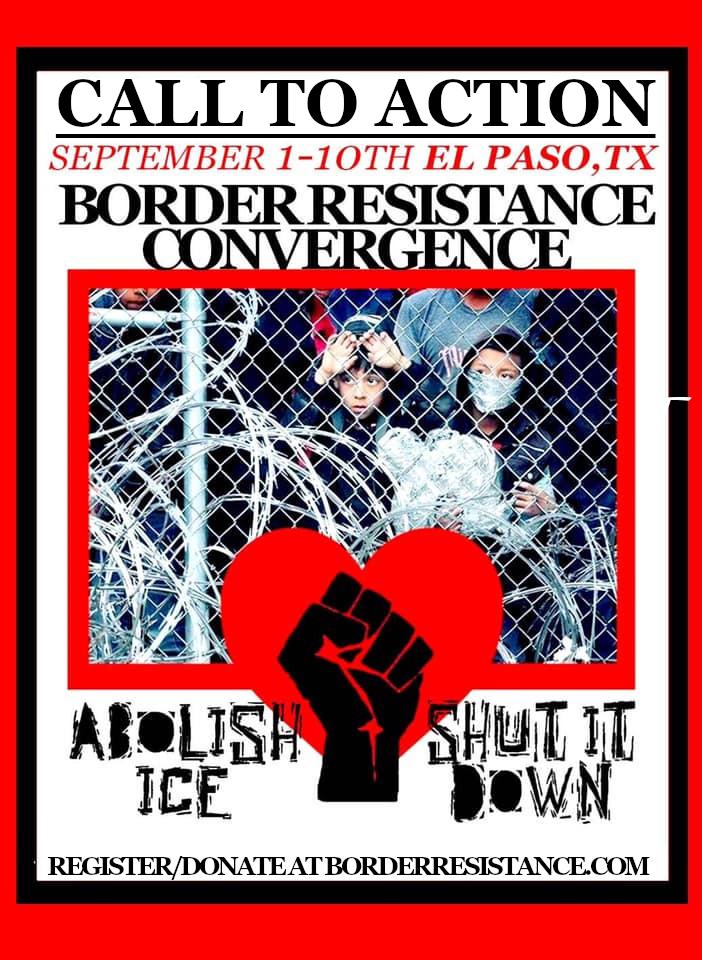 Big League Politics highlights another interesting twist to this, as they report that “Trump supporters have taken the opportunity to sign up for the tour on the group’s rideshare page, possibly to serve as a deterrent to any potential criminal activity.”

This is looking like it may get even uglier than expected should these Antifa groups, that usually like to attack unarmed opponents in liberal run cities where they know they will be coddled, decided to take “direct action” in El Paso.

Social media reaction is much like my own in seeing that Antifa has chosen a Texas town to decide to take “direct action” in, as responses to Ngo’s alert, range from “El Paso is not Rose City. They won’t get the same gladhanding and hand’s off policy.. and BP has no sense of humor, whatsoever,” to “Of all the states to choose to attack, Texas just might have been the absolute worst. I don’t think this will go very well for them.”

Open Carry Texas’ Twitter account also makes it clear they are aware and planning accordingly, as they responded to Ngo’s post by saying “We’ll be there to oppose them! Already mobilizing our El Paso members.”

Other forums are discussing this, such as AR15.com and Tiger Droppings.