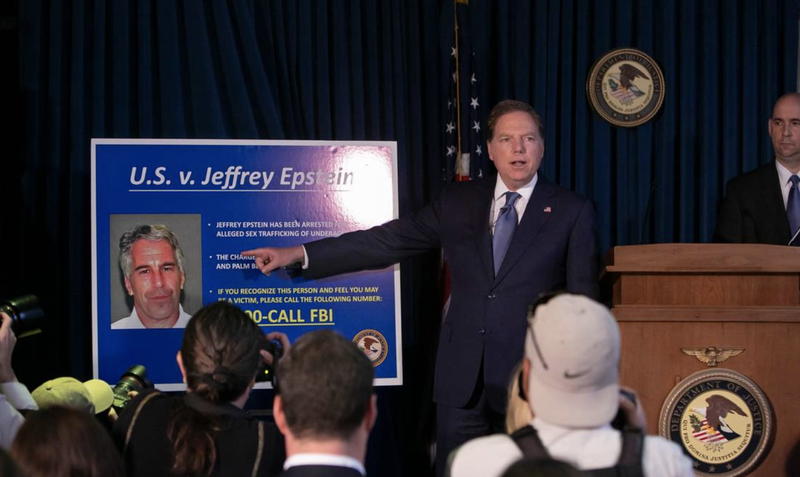 Jeffrey Epstein’s defense team is arguing that their client should be released on house arrest until his trial. They’re also arguing that the charges being brought against Epstein in New York were previously resolved in Florida ten years ago, where Epstein struck his sweetheart deal with prosecutors led by now-Labor Secretary Alex Acosta.

But it appears the FBI’s request that any other victims of Epstein come forward succeeded in convincing more than a dozen women, whose cases were not part of the Florida prosecution, to come forward and testify about the abuse they suffered at the hands of Epstein.

According to the Miami Herald, which revived prosecutors’ interest in Epstein with its ‘Perversion of Justice’ series of investigative reports about how Epstein was let off with a slap on the wrist and minimal jail time despite evidence that he was an inveterate, unrepentant pedophile. At least four women have contacted David Boies, the New York power-lawyer who represents some of Epstein’s victims, and at least 10 others have approached other lawyers who have previously represented Epstein’s victims.

Following Epstein’s arrest Saturday in New Jersey, four women have reached out to New York lawyer David Boies, and at least 10 other women have approached other lawyers who have represented dozens of Epstein’s alleged victims in the past.

Jack Scarola, a Palm Beach attorney, said at least five women, all of whom were minors at the time of their alleged encounters with Epstein, have reached out to either him or Fort Lauderdale lawyer Brad Edwards.

“The people we are speaking to are underage victims in Florida and in New York. They are not individuals whose claims have previously been part of any law enforcement investigation,” Scarola said.

“I believe that there was a fairly effective message that was delivered by New York authorities that victims need not fear that they will be treated in the same way that victims had been treated in South Florida,” Scarola said

For Epstein’s lawyers, the timing couldn’t be worse. The enigmatic financier’s legal team filed a motion Thursday for pre-trial release, arguing that Epstein had maintained a “spotless” record since pleading guilty to Florida state charges a decade ago. Epstein’s lawyers have offered to surrender his passport, “demobilize” his cars and his private jet, hire a security team to monitor Epstein, have him wear an ankle bracelet and have “trustees” live in Epstein’s $77 million Manhattan mansion along with hm. Epstein’s brother, Mark Epstein, has also pledged his Palm Beach estate for his brother’s bail.

Prosecutors are alleging that Epstein abused dozens of girls between 2002 and 2005. They have also argued that Epstein’s limitless means make him a flight risk, no matter how restrictive his bail conditions are.

But New York prosecutors – who say they found “an extraordinary volume of photographs of nude and partially nude young women and girls” while executing a search warrant at his Manhattan residence last weekend – have already argued that he’s likely to either flee the country or add to what they say are dozens of victims as young as 14 from New York to Palm Beach.

“I don’t care if he gives up his license and his jet, he still has the wherewithal to take off any time,” said Spencer Kuvin, a Palm Beach attorney who represents three Epstein accusers. “Think about it – if he was a plumber in Queens, do you think the judge would say ‘Yeah, let’s give him an ankle bracelet and send him home?'”

Prosecutors have also cited Epstein’s history of alleged witness intimidation as another reason he should be held.

12 years ago, Epstein signed a non-prosecution agreement with the US Attorney’s Office for the Southern District of Florida after federal agents identified three dozen girls who were allegedly victimized by Epstein at his mansion in Palm Beach.