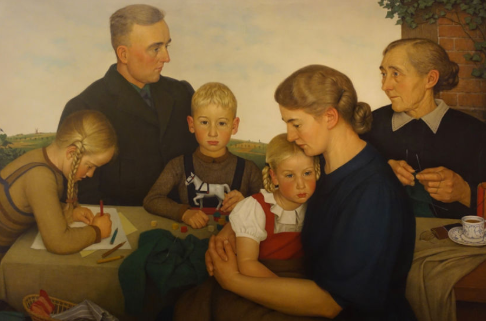 Something unprecedented is happening that will drastically change the course of the future. To appreciate it, imagine the last 3,000 years of human history without the European peoples, without the branch of humanity that for most of that time, and especially in the last 700 years, has been the primary source of human achievement and progress and the creator of the modern world, and then project that history into the future and imagine how the course of human existence will be changed if Europeans are removed from it. That is what is happening.

The White or European peoples are being removed from the future by a process that will be referred to here as the “White Replacement and Destruction Movement,” abbreviated as WRDM. If this movement runs its course the White race will have no future, and the future will be without the White race. This removal by replacement and destruction of the most dynamic, creative and advanced major branch of humanity is a development on a scale unparalleled in human existence, yet it is never discussed, acknowledged or recognized, and the great majority of humanity, including the European or White peoples themselves, seem to be totally unaware of it, lacking all knowledge of it, to the extent that if someone informs them of it they do not believe it, and react with total incredulity.

The Wall of Obfuscation

The tactics and techniques used to maintain this general state of ignorance, while advancing the WRDM agenda, include obfuscation, dissimulation, evasion, misrepresentation, misdirection, distortion, deflection (changing the subject), deception, denial, euphemisms, minimization, falsification, misinformation, disinformation, suppression of knowledge or information (e.g., on racial demographics and statistics), suppression of contrary opinion, and censorship. The success of these tactics depends on near total dominance in the media, education, academic, corporate and political establishments enabling an extensive campaign that operates on different levels as required, from softer (e.g., the tactics listed above) to harder forms (e.g., persecution, retaliation, penalization and criminalization). For convenience, all of the above “softer” forms and techniques to suppress knowledge of the truth and reality with the deceptive purpose of causing and maintaining ignorance and misunderstanding will here be grouped together as forms of obfuscation.

Why this obfuscation? Simply put, to suppress White dissent and resistance to their dispossession, replacement and destruction by keeping them ignorant of it. This campaign of obfuscation and censorship has been highly successful in suppressing White awareness of their ongoing replacement and destruction, to the extent that its causes — e.g., multiracialism, non-White immigration and racial intermixture — enjoy general White support, or at least passive acquiescence.[1] Kevin MacDonald has cited studies that show when Whites are informed of demographic changes that are reducing them to a minority they become angry and more resistant to these changes:

Because the media is dominated by the left and because even the conservative media is terrified of appearing to advocate White interests, explicit messages that would encourage Whites to become angry and fearful about their future as a minority are rare. Indeed, the media rarely, if ever, mentions that Whites are well on their way to becoming a minority. And this for good reason: Whites in the United States and in Canada who are given explicit demographic projections of a time when Whites are no longer a majority tend to feel angry and fearful. They are also more likely to identify as Whites and have sympathy for other Whites. In other words, explicit messages indicating that one’s racial group is threatened are able to trigger ethnocentrism.[2]

The most basic interests of the “White” (i.e., European) racial group are its continued existence and control of its existence, i.e., its life, freedom and independence. It follows that being pro-White most basically means being for (or pro) the continued life and existence of the White race and for its independence or control of its own existence. It further follows that being anti-White most basically means being against (or anti) the continued existence and life of the White race and against its racial freedom and control of its own existence. The reverse of the above is also true, in that being pro-White also means being against or opposing that which causes (or is causing) the destruction of the White race and the loss of its racial freedom and independence, while being anti-White also means being for the causes of White racial destruction and subjugation.

This permits an objective definition of the “Anti-White Coalition” (abbreviated as AWC) as the grouping, whether formal or informal, of those elements which promote the dispossession and replacement, subjugation and destruction, of the White or European racial group, or which support and promote the causes of White racial dispossession, replacement, subjugation and destruction, the chief among which being the racially destructive trio of multiracialism, non-White immigration and racial intermixture.[3]

The early stages of the WRDM can be traced back at least to the interwar beginnings of the Frankfurt School of sociology, the New School of Social Research, and the Franz Boas school of cultural anthropology, by the 1930s all based at Columbia University, and the initial rise of the AWC to a dominant position in the media and culture during the same period. Though few realized it at the time, or even now over 70 years later, the WRDM gained such momentum in the aftermath of the Second World War that it became institutionalized as the ruling power structure without effective opposition.

This was accomplished by two means. First, by the consolidation of the AWC’s control of the media, academic, political and cultural establishments and the formation of the United Nations, whose founding documents promoted a “one-world, one-race” globalist New World Order. Second, by the purging of nationalist elements from positions of cultural and political influence in Europe (10,000-60,000 were executed in France) and the general discrediting and delegitimization (or even demonization) of the racial and national interests of White populations, including White racial protectionism and preservationism, which were equated with the recently defeated National Socialist regime in Germany. The 1950 UNESCO “Statement on Race,” with Boasian anthropologist “Ashley Montagu” (Israel Ehrenberg) as rapporteur, declared the new racial nihilist creed that race and racial differences are nihil, literally nothing, non-existent and meaningless, of no importance or value, and therefore not a legitimate matter for concern, consideration, protection or preservation.

It was. and is, the perfect creed for opposing the continued existence of the White race, as it denies its very existence. It follows that from its inception the United Nations had been a strong promoter, and increasingly an enforcer, of multiracialism and invasion levels of non-White immigration into White countries.

The postwar period has seen a growing lexicon of weaponized words used by the AWC to promote the WRDM and silence or marginalize its opponents, starting with the noun “racism” and the adjective “racist,” which first gained currency in leftist circles in the 1930s. The use of these two words has continuously expanded to the extent that they are now used as descriptors for a wide variety of beliefs and positions at various levels from the micro to the macro.[4] Concerning the point of this discussion, they are commonly applied to any form or degree of White support for the preservation (continued existence) and independence (control of its own existence) of their race, or opposition to the WRDM agenda of multiracialism, non-White immigration and racial intermixture.