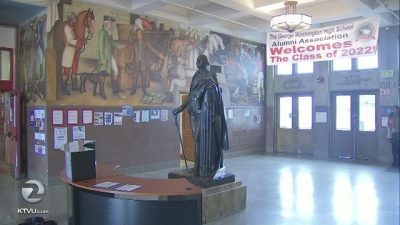 The decision of the San Francisco school board to obliterate the historic murals in George Washington High School is not just another instance of Identity Politics foolishness. It is also a terrifying illustration of the drastic mental decline of what is called “the Left”.

Back in the 1930s there was a Left that had brains.  You could agree or disagree with it, you could love it or hate it, but it had ideas, purpose, talent, and a sense of common humanity.  It was working for a just society that would end exploitation and benefit humanity as a whole.

As an example, there were the artistic projects of the Works Progress Administration (WPA), the principal New Deal program to combat the Depression, which extended from creation of the Tennessee Valley Authority to artistic enhancement of public buildings. A beneficiary of this enhancement was George Washington High School in San Francisco, which was blessed with a striking set of murals by a leading artist, Victor Arnautoff, a Russian immigrant who had worked with the Mexican master of socially conscience mural art, Diego Rivera.   One would expect that the presence of these powerful murals would be a lasting cause of pride in their school for staff and students. 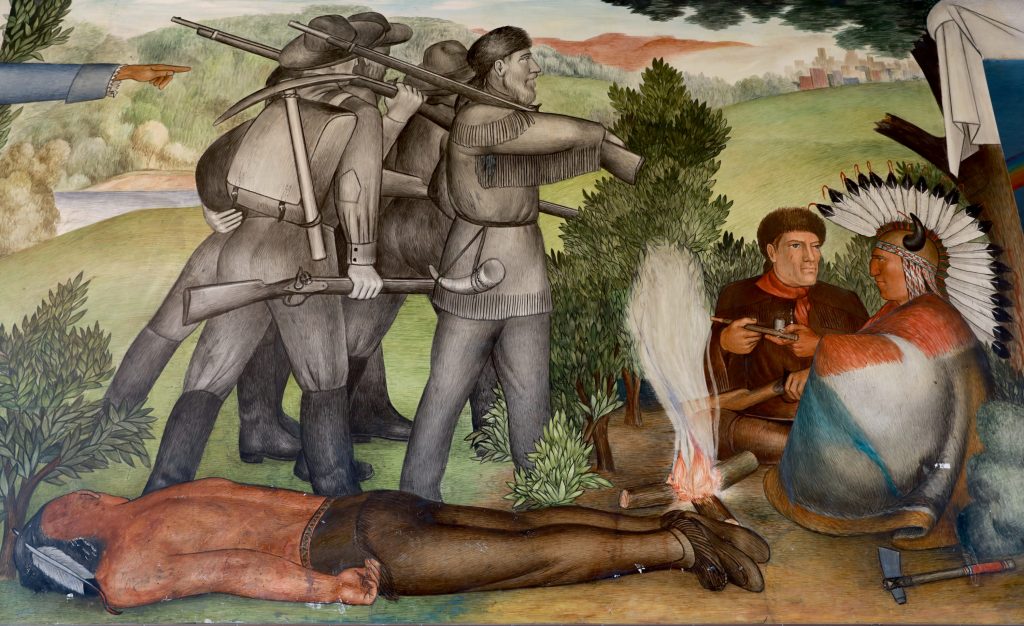 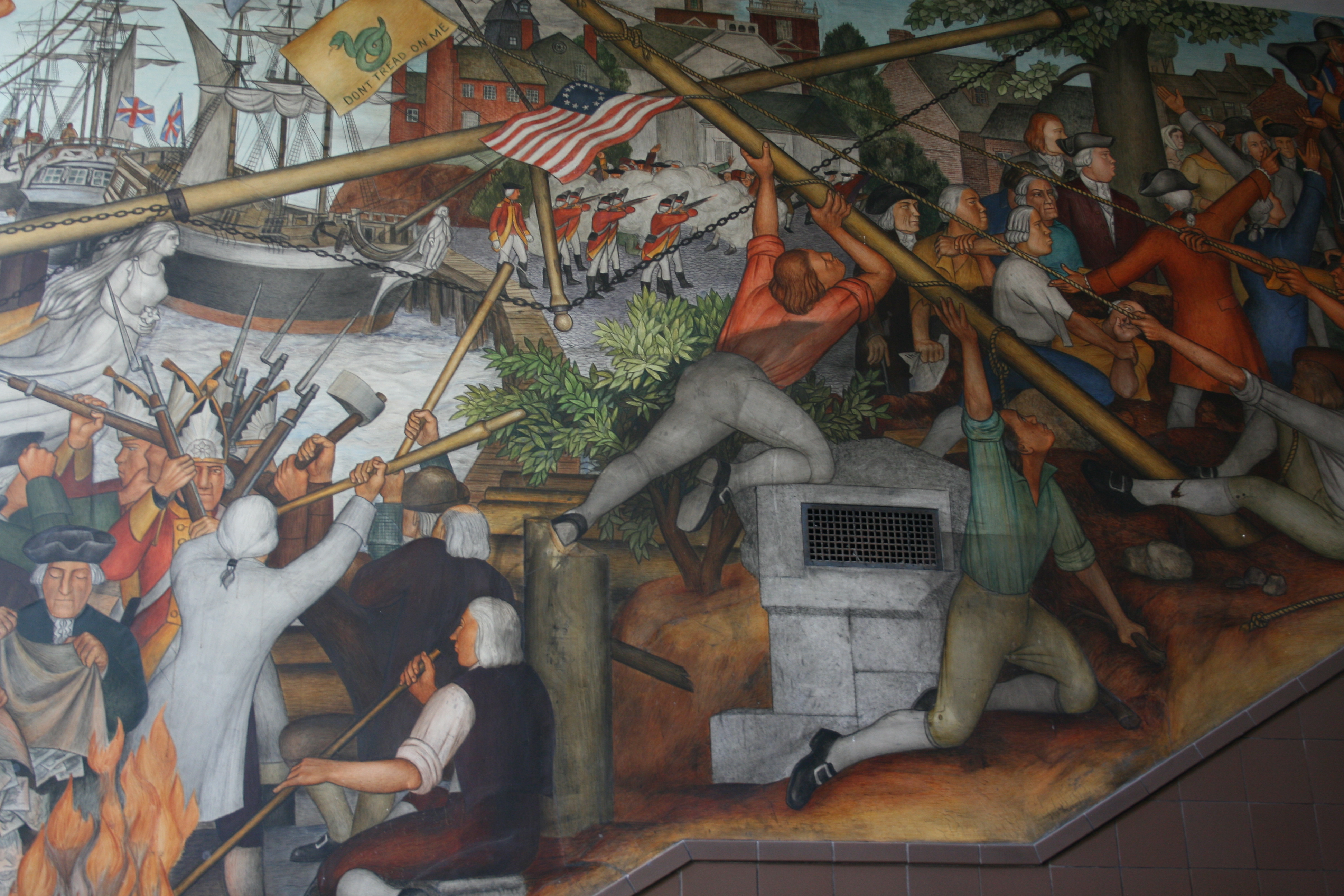 The WPA, not least in its art projects, was animated by leftists, and even downright Communists, like Arnautoff, who chose to depart from the sterilized “I cannot tell a lie” cherry tree myth and the crossing of the Delaware glorification of George Washington to introduce reminders of the forgotten victims of the foundation of the United States – the exploitation of African slaves and the violent expropriation of Native American lands.  The murals were clearly part of the leftwing WPA intellectuals’ endeavor to raise social consciousness, a step toward the Civil Rights movement of the 1950s.

In the age of the House Un-American Activities Committee and Joe McCarthy’s drunken rampage, such red-tinged WPA projects exposing the less glorious side of the birth of the republic aroused hostile suspicion.  And yet, the Arnautoff murals survived Nixon, HUAC and McCarthy witch hunts.  It took Identity Politics to call for their destruction.

What is most shocking is that the African-American president of the San Francisco Board of Education, Stevon Cook, supports this destruction of the murals on grounds that they include “violent images that are offensive to certain communities.”  Joely Proudfit, director of the California Indian Culture and Sovereignty Center in San Marcos, said it was not worth saving the art if one native student “is triggered by that”.

Everything is wrong with such a position.  Education should include teaching people to analyze what they see rather than simply “be triggered”.  The contemporary world is crammed with images that are deeply offensive.  When a student can have an historic mural torn down because she or he is “triggered” by it, what sort of preparation is this for the future? School should not be a “safe place” for emotions but a preparation for using reason to master those emotions as one goes through life.  The protesters have chosen the worst possible way of interpreting the murals instead of using their reason to understand them and place them in their context. Yes, slavery happened and yes, American Indians were slaughtered, and their descendants can think of the strength they needed to resist and survive, and draw from their tragic history a sense of compassion for all who suffer from comparable injustice today. The attack on the mural is a gesture of impotent spite.

What are the hurt feelings of a San Francisco high school student compared to the pain and hunger of a Yemeni child living under U.S.-supported bombing?  George Washington is dead, but in the city named after him, American leaders are sponsoring the massacre of innocent civilians all around the world.  Why don’t these super-sensitive American students use their sensitivity to oppose such ongoing crimes and develop their intelligence to figure out how to join with others in fighting to end the Permanent War State in Washington?

But the snowflake trend has no use for real strength, the strength of courage to overcome obstacles, and draws an artificial moral strength from perpetual emotional weakness. Instead of gaining strength from increased knowledge, a certain tendency of young persons who have NOT suffered as their forebears did cling to their victimhood as the key to their own privileges.  This may bring a few momentary advantages but is disastrous in the long run.