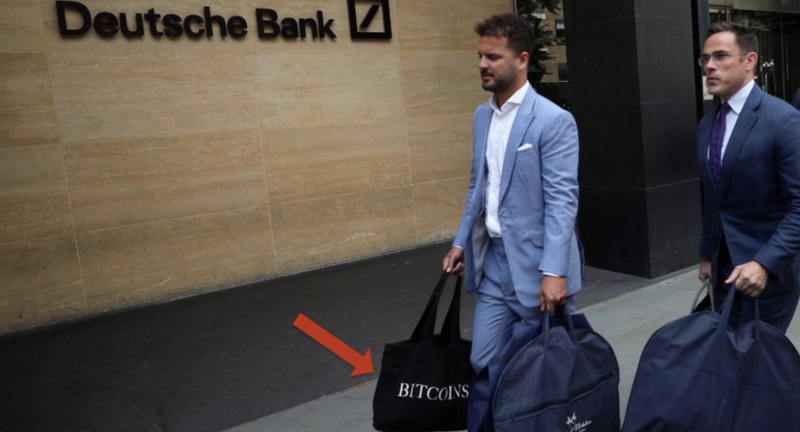 At the end of the day, all of the frenzied whispers in the press about Deutsche Bank CEO Christian Sewing’s sweeping restructuring hardly did it justice. Instead of moving slowly, the bank started herding hundreds of employees into meetings with HR, first in its offices in Asia (Hong Kong, Sydney), then London (which got hit particularly hard) then New York City.

By some accounts, it was the largest mass banker firing since the collapse of Lehman, which left nearly 30,000 employees in New York City jobless. Although the American economy is doing comparatively well relative to Europe, across the world, DB employees might struggle to find work again in their same field.

According to Bloomberg, automation and cuts have left most investment banks much leaner than they were before the crisis, and the contracting hedge fund industry, which once poached employees from DB’s equities business, isn’t much help. Some employees will inevitably find their way to Evercore, Blackstone – boutique investment banks and private equity are two of the industry’s top growth areas – or family offices, which, thanks to the never-ending rally in asset prices (and the return of bitcoin), are also booming.

What U.S. Banks Stand to Gain From Deutsche Bank’s Restructuring

Oh, and of course, there’s always crypto. Some evidence has surfaced to suggest that many young bankers are already looking to make the leap.

For the highest-paid employees being let go this week, many will need to get used to lower pay. Some 1,100 ‘material risk takers’ have been let go. On average, they earned $1.25 million, with almost 60% of that in cash.

“A lot of these people are going to have to get used to less compensation,” said Richard Lipstein, managing director at recruiting firm Gilbert Tweed International, in a telephone interview. And “the percentage of compensation in cash is lower than it used to be.”

Many will need to leave the street, and possibly whatever city in which they are currently living, to find work elsewhere.

“A lot of the people coming out of DB are going to be very challenged to find jobs just because of the sheer change in the equity business,” said Michael Nelson, a senior recruiter at Quest Group. “When you are dispersing that many people globally, some of those people might have to leave the business.”

…at least one major Wall Street institution is looking to hire some Deutsche people: Goldman Sachs.

While BBG’s piece on the layoffs focused on the difficulty these employees may face in finding new work, Reuters described the scene outside these offices, where one insider had warned about “Lehman-style” scenes. To wit, some just fired workers could be seen mulling outside, taking photos with colleagues and splitting cabs, presumably to go to the nearest pub and quaff liquor, beer and prosecco.

Staff leaving in Hong Kong were holding envelopes with the bank’s logo. Three employees took a picture of themselves beside a Deutsche Bank sign outside, hugged and then hailed a taxi.

“They give you this packet and you are out of the building,” said one equities trader.

“The equities market is not that great so I may not find a similar job, but I have to deal with it,” said another.

After weeks of looming dread, employees were called into auditoriums, cafeterias and offices, handed an envelope with the details of their redundancy package, and shown the door. Reuters’ reporters followed some of the employees at DB’s London office to the nearest pub.

Few staff wanted to speak outside the bank’s London office, but trade was picking up at the nearby Balls Brothers pub around lunchtime.

“I got laid off, where else would I go,” said a man who had just lost his job in equity sales.

Job cuts were expansive in the bank’s main support centers, where the mood was “pretty hopeless”.

A Deutsche Bank employee in Bengaluru told Reuters that he and several colleagues were told first thing that their jobs were going.

“We were informed that our jobs have become redundant and handed over our letters and given approximately a month’s salary,” he said.

“The mood is pretty hopeless right now, especially (among)people who are single-earners or have big financial burdens such as loans to pay,” he added.