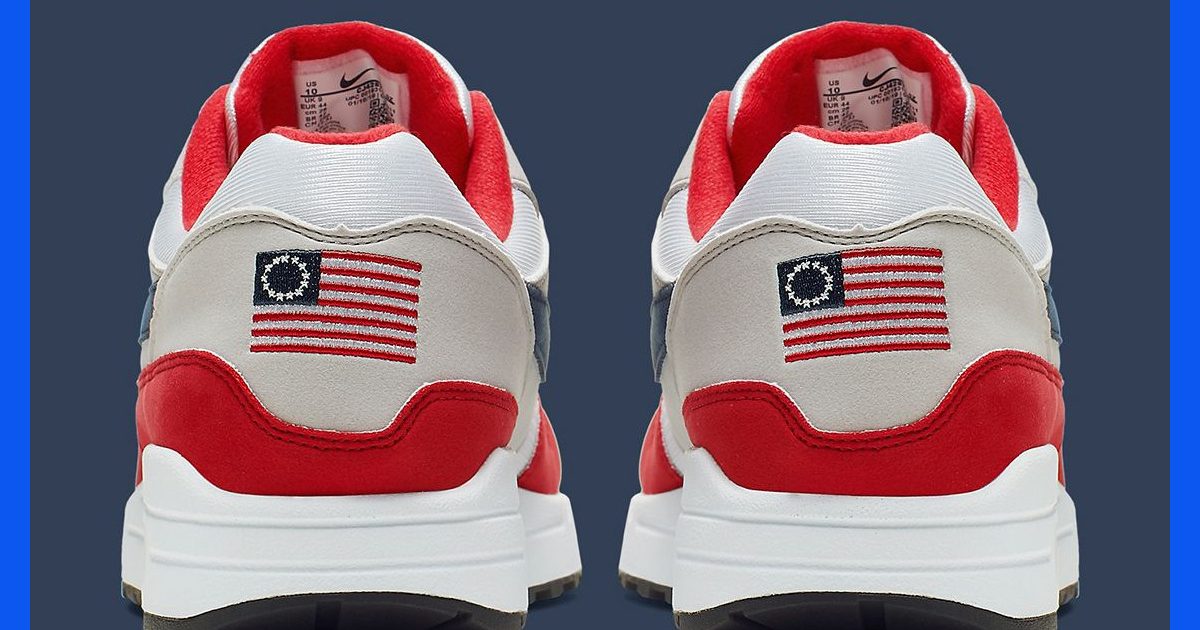 Former quarterback-turned-social-justice-warrior Colin Kaepernick caused a stir right before the July Fourth holiday after somehow convincing Nike’s top brass that a patriotic shoe it was set to release represented slavery.

The radical Left that the Democrats have turned into are ignorant about a lot of things concerning the actual history of this country, and the current Betsy Ross debacle is proof of that. As you know, we reported to you earlier in the week that Nike pulled a new sneaker featuring the Betsy Ross flag on the back because Liberal agitator Colin Kaepernick didn’t like it. Immediately the Liberal echo chamber began repeating the Party line that Betsy Ross was somehow connected to slavery and that her magnificent flag is a ‘symbol of hate‘.

Betsy Ross was an American patriot, no doubt of that, but she was also a member of the Society of Friends, commonly known as the Quakers. The Quakers played a major role in America in the Abolition Movement, the movement to end slavery. In fact, the Quakers were one of the very first groups to oppose slavery, going all the way back to the 1600’s. After the 1750s, Quakers actively engaged in attempting to sway public opinion in Britain and America against the slave trade and slavery in general. At the same time, Quakers became actively involved in the economic, educational and political well being of the formerly enslaved.

No American flag, produced in any era, is a ‘symbol of hate’ like the low-information and pathetically ignorant Democrats would have you to believe. And having the fake news media endlessly repeat that it is does not and will not make it so. Quakers would not eat food that was produced by slaves, and not wear clothing made by enslaved people. Betsy Ross was one of those people. Betsy Ross’ flag is a symbol of America, and that’s why the Liberals hate it so much. It has nothing to do with slavery, they just hate America.

FROM CONSERVATIVE TRIBUNE: In a last-minute move as the Air Max 1 Quick Strike “Betsy Ross flag” shoes were hitting store shelves, Nike pulled its release and immediately made national headlines. And Ross’ name was subsequently dragged through the mud. But before Kaepernick — a man who once donned socks that depicted police officers as “pigs” — continues to push the narrative that Ross’ 13-star flag somehow connects connects her to slavery, he might consider a quick lesson in U.S. history.

According to Biography, Betsy Ross was born as Elizabeth Griscom in Philadelphia, Pennsylvania, in January 1752, and grew up as a Quaker — a religious group also known as the Society of Friends. What social justice warriors like Kaepernick are unaware of is that the Quakers were one of the first religious groups in America to condemn slavery both in the U.S. and abroad.

According to a history of Quakers and Slavery by Bryn Mawr College, “The Religious Society of Friends (Quakers) was the first corporate body in Britain and North America to fully condemn slavery as both ethically and religiously wrong in all circumstances.”

The Quakers also spent considerable time attempting to sway public opinion on the evils of slavery. They even provided education and resources for formerly slaves. How much more anti-slavery can a group possibly be? It’s unfortunate that no one at Nike did their homework before the company kowtowed to Kaepernick’s demands. It could have saved everyone else a lot of time.

Nike issued a ridiculous statement concerning the decision to cancel the shoe’s release, according to ESPN.

“We regularly make business decisions to withdraw initiatives, products and services. NIKE made the decision to halt distribution of the Air Max 1 Quick Strike Fourth of July based on concerns that it could unintentionally offend and detract from the nation’s patriotic holiday.”

Ironically, the company went against its own intentions of not detracting from July Fourth by making such a poor decision that caused a national stir. Nike sure doesn’t seem proud of its American heritage, given the fact the company pulled a shoe that had no connection to slavery whatsoever.

If Kaepernick hadn’t told his followers to be offended by the shoe, they wouldn’t have been. It was just another attempt to create division in America — something Kaepernick’s proven to be a master at.

The 13-star flag represents the Revolutionary War and the courage it took for people in that era to give us the freedoms we currently enjoy. Betsy Ross was an anti-slavery Quaker who should be respected by all Americans, politics aside. I won’t hold my breath waiting for an apology from the washed-up former football player, but he certainly owes one to Ross and every other American. READ MORE