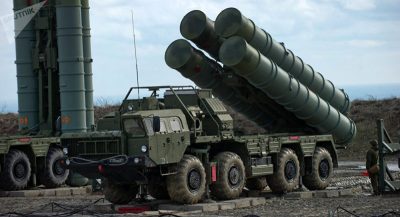 Turkey is taking delivery of Russia’s S 400 missile defence system. What this signifies is that Turkey and Russia are now “officially” allies. The first shipment of the S-400 landed in Ankara on July 12, according to Turkey’s Ministry of Defense. (see image below)

Two more shipments are due, with the third delivery of “over 120 anti-aircraft missiles of various types… [scheduled] tentatively at the end of the summer, by sea.”

Reports confirm that the “Turkish S-400 operators will travel to Russia for training in July and August. About 20 Turkish servicemen underwent training at a Russian training center in May and June, …”(CNN, July 12, 2019) 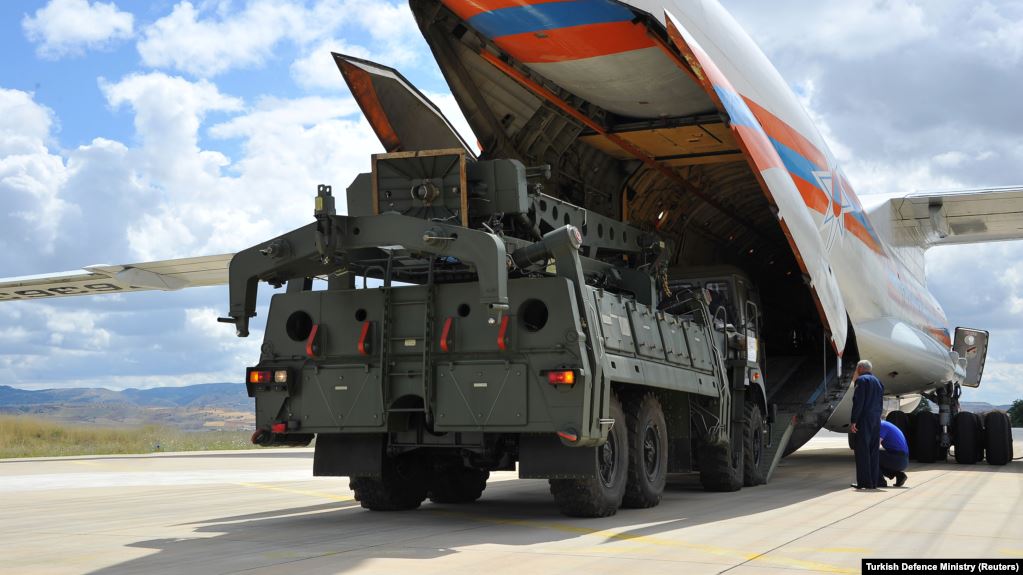 How will the US respond?

In all likelihood, Erdogan’s presidency will be the object of an attempted regime change, not to mention ongoing financial reprisals directed against the Turkish Lira as well as economic sanctions.

What is unfolding is an all out crisis in the structure of military alliances. Turkey cannot reasonably retain its NATO membership while at the same time entering into a military cooperation agreement with the Russian Federation.

Today’s military alliances, including “cross-cutting coalitions” between “Great Powers” are markedly different and exceedingly more complex than those pertaining to World War I. (i.e  the confrontation between “The Triple Entente” and “the Triple Alliance”).

Turkey’s de facto exit from NATO points to a historical shift in the structure of military alliances which could potentially contribute to weakening US hegemony in the Middle East as well as creating conditions which could lead to a breakup of the North Atlantic Treaty Organization (NATO).

Divisions within the Atlantic Alliance could take the form of one or more member states deciding to “Exit NATO”. Inevitably an NATO-Exit movement would weaken the unfolding consensus imposed by our governments which at the this juncture in our history consists in threatening to wage a pre-emptive war against Iran and the Russian Federation.

Sleeping with the Enemy

While Turkey is still “officially” a member of NATO, president Recep Tayyip Erdoğan (right) has for the last two years been developing “friendly relations” with two of America’s staunchest enemies, namely Iran and Russia.

US-Turkey military cooperation (including US air force bases in Turkey) dates back to the Cold War.

Turkey by a long shot has the largest conventional forces (after the US) within NATO outpacing France, Britain and Germany,

Broadly speaking, the US-Turkey rift and its implications for the Atlantic Alliance have sofar been ignored or trivialized by the media.

NATO is potentially in a shambles. The delivery of the S-400 almost a year ahead of schedule will contribute to further destabilising the structure of  military alliances to the detriment of Washington.

Turkey is also an ally of Iran. Inevitably, Turkey’s possession of the S-400 will affect ongoing US war plans directed against Iran (which will also be acquiring the s-400). 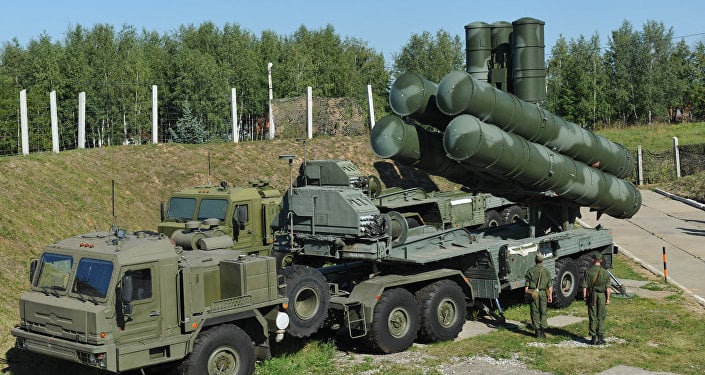 Does this mean that Turkey which is a NATO member state will withdraw from the integrated US-NATO-Israel air defense system? Such a decision is tantamount to NATOExit.

Moreover, Turkey’s long-standing alliance with Israel is no longer functional. In turn, The US-Turkey-Israel “Triple Alliance” is defunct. 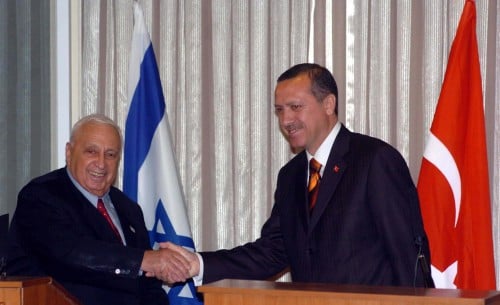 In 1993, Israel and Turkey signed a Memorandum of Understanding leading to the creation of (Israeli-Turkish) “joint committees” to handle so-called regional threats. Under the terms of the Memorandum, Turkey and Israel agreed “to cooperate in gathering intelligence on Syria, Iran, and Iraq and to meet regularly to share assessments pertaining to terrorism and these countries’ military capabilities.”

Image on the right: Sharon and Erdogan in 2004

The “triple alliance” linking the US, Israel and Turkey was coordinated by the US Joint Chiefs of Staff. It was an integrated and coordinated military command structure pertaining to the broader Middle East. It was based on close bilateral US military ties respectively with Israel and Turkey, coupled with a strong bilateral military relationship between Tel Aviv and Ankara. In this regard, Israel and Turkey were close partners with the US in planned aerial attacks on Iran since 2005. (See Michel Chossudovsky, May 2005). Needless to say, that triple alliance is defunct.

With Turkey siding with Iran and Russia, it would be “suicide” for US-Israel to even consider waging aerial attacks on Iran.

Moreover, the NATO-Israel 2005 military cooperation agreement which relied heavily on the role of Turkey is dysfunctional. What this means is that US-Israeli threats directed against Iran are no longer supported by Turkey which has entered into an alliance of convenience with Iran.