In a new report Fox News journalist Catherine Herridge outlines a “reluctant witness” who has recently agreed to cooperate with DOJ Inspector General Michael Horowitz and his review of potential FISA abuse by the Obama DOJ and FBI.

Sources familiar with the matter said at least one witness outside the Justice Department and FBI started cooperating — a breakthrough that came after Attorney General William Barr ordered U.S. Attorney John Durham to lead a separate investigation into the origins of the bureau’s 2016 Russia case that laid the foundation for Special Counsel Robert Mueller’s probe.

[…] Late-breaking information is known to delay such investigations. Horowitz’s office similarly encountered new evidence late in the process of the IG review into law enforcement decisions during the 2016 Hillary Clinton email investigation.

In this case, additional FISA information came to light late in the process – including October 2016 contact (first reported by The Hill and confirmed by Fox News) between a senior State Department official and a former British spy Christopher Steele, who authored the infamous and salacious anti-Trump dossier. (read more)

While the “reluctant witness” is not specifically identified by Herridge in her reporting, as you can see above there is enough background material to identify it is likely former State Department official Kathleen Kavalec.

Kathleen Kavalec was the Deputy Assistant Secretary – Department of State, Bureau of European and Eurasian Affairs, serving under Victoria Nuland and covered Russia as part of her State Dept. duties.  Kavalec was contacted by Christopher Steele prior to the FISA application on Carter Page being sought by the FBI and DOJ.  Kavalic wrote a series of notes and emails to the FBI undercutting the dossier central claims made by Steele.

The original reporting on the Kavalec emails and Steele contact was done by John Solomon.  Here’s the basic background that explains why Inspector General Michael Horowitz would be interested in interviewing Kathleen Kavalec.

According to a leak provided to John Solomon, State Department information -deconstructing Chris Steele- was presented to FBI Agent Peter Strzok a week before they used Steele’s sketchy dossier to prop up the FBI FISA application on Carter Page.

John Solomon – […] The officials declined to say what the FBI did with the information about Steele after it reached Strzok’s team, or what the email specifically revealed. A publicly disclosed version of the email has been heavily redacted in the name of national security.

While much remains to be answered, the email exchange means FBI supervisors knew Steele had contact with State and had reason to inquire what he was saying before they sought the warrant. If they had inquired, agents would have learned Steele had admitted to Kavalec he had been leaking to the news media, had a political deadline of Election Day to get his information public and had provided demonstrably false intelligence in one case, as I reported last week. (read more)

It’s almost guaranteed the reason Kavelec’s email to the FBI was redacted is specifically because Ms. Kavelec used her State Dept. portal to check on travel records and noted the “Michael Cohen in Prague” story was false.  Kavalec would have easy access to State Dept. travel records.

Chris Steele told Ms. Kavalec about Trump’s attorney Michael Cohen traveling to Prague to communicate/coordinate with the Russians.  Kavalec made note of the claim: 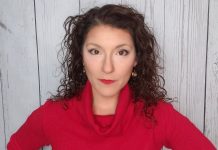 What YOU Can Expect NEXT – The Purge Begins