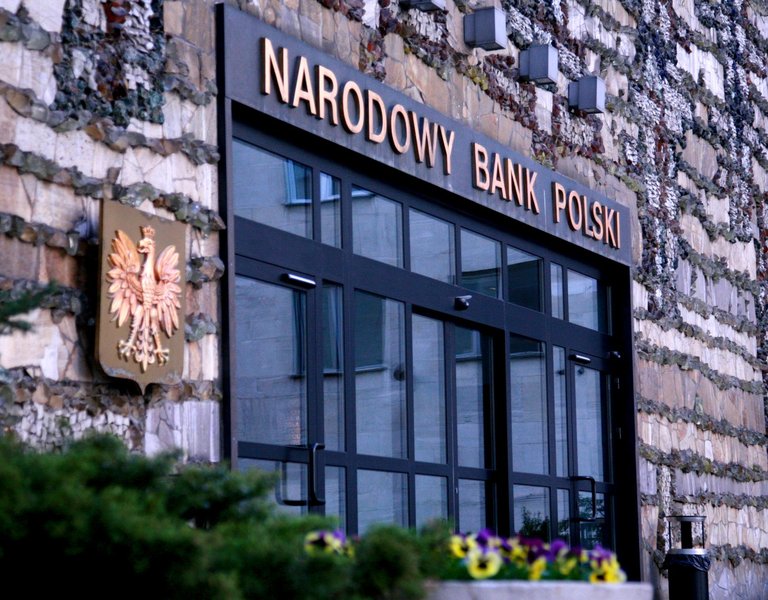 With a variety of the world’s central banks going on a gold buying spree in recent years such as Russia and China, there has unsurprisingly been no shortage of newsflow in this area for the world’s financial media to comment on. But even in such an environment of abundant sovereign gold purchases, a number of buying bombshells have stood out for their intensity and ‘shock and awe’ abruptness. Particularly from nations which on the surface might seem like unlikely gold buyers.

One of these was the announcement last October by Hungary’s central bank, that after 32 years of holding unchanged gold reserves, it had rapidly increased it’s monetary gold holdings by 1000% or 10 fold, from 3.10 tonnes to 31.5 tonnes, and also repatriated (brought home) this entire holding from London to Budapest, away from the clutches of the Bank of England. At the time we asked:

“With almost all of Poland’s gold held at the Bank of England, a relevant question now is how long before Poland also sees fit to repatriate its gold in physical form away from the fractionally-backed LBMA controlled gold trading centre of London. “

The answer to this question was, not long at all. For to the Hungarian bombshell we can now add Hungary’s neighbor and closest political ally Poland, which has just in it’s own way shocked the gold market and the European Union by announcing that during the first half of 2019 it has already bought 100 tonnes of monetary gold at the Bank of England, bringing it’s gold reserves to 228.6 tonnes (all stored at the Bank of England), and now plans to repatriate almost half of it’s strategic gold reserves (or at least 100 tonnes) back to the National Bank of Poland (NBP) vaults in Warsaw.

The National Bank of Poland revealed the news about it’s gold on Friday 5 July in a short official release on it’s website, and the announcement is worth noting for many reasons.

From the English translation:

Back in the second half of 2018, Poland began to announce regular updates to it’s gold holdings, saying that it had purchased 2 tonnes in July, 7 tonnes in August, 4.4 tonnes in September, and another between 8.7 tonnes from October to December. Prior to July 2018, the NBP had 103 tonnes of gold.

The stated rationale of the NBP for making it’s huge gold purchases were based on some of gold’s classic characteristics, as well as a relative comparison with the gold holdings of other central banks. In it’s announcement, the NBP calls gold the ‘most reserve’ of all reserve assets and an anchor of trust which diversifies geopolitical risk. It further refers to gold as a strategic buffer which increases credibility and supports the financial strength and security of the country even in unfavourable market conditions.

Keeping up with the Neighbours

Poland’s gold holdings as a percentage of total reserves was also, it says, below average. For example, as of June 2019, when Poland was still reporting 128.6 tonnes of gold held, this represented 4.7% of it’s reserve assets. In comparison, the average for all central banks globally is 10.5% according to the NBP, and 20.5% for European countries. For Euro area countries, gold as a percentage of reserves assets is even higher, at 53.6%, pulled up especially by the large claimed gold holdings of Germany, France and Italy.

Buying 125.7 tonnes within 12 months, brings Poland’s average up nearer to the world central bank average of 10.5%. It also shifts Poland up from 34th to 22nd in world central bank gold holdings rankings and from 15th place to 11th in Europe and to number one in the eastern European region. Notably though, these gold purchases, although large, do not affect the gold price, despite what the World Gold Council might claim, and it would be interesting to see how the buyer’s agent, either the Bank of England or BIS, sourced the gold and who the sellers were.

In the statement, the Polish central bank says all of it’s gold is in the form of London Good Delivery gold bars (wholesale bars) and it claims these gold bars are held in an allocated account, where each bar is uniquely identifiable with a unique serial number and a gold refiner mark. In that is the case, then the NBP should release a weight list of all it’s bars that shows the bars’ unique serial numbers and bar refiner marks. Not that it will do this, as this would shatter the opacity of the gold lending market and the Bank of England – bullion bank gold trading secrecy arrangements.

An Issue of Trust – Gold Inspection before Repatriation

Very interestingly, the Polish central bank said NBP employees inspected the Polish gold (and it’s storage arrangements) at the Bank of England in June of this year. Whether this was an official gold audit is unclear. The visit by the Poles to London indicates that whatever gold accumulation it’s had planned this year is probably done for now. It also prepares the NBP for the last and most critical part of it’s plan, which according to the press release is to withdraw a significant quantity of this gold  (at least 100 tonnes) back to Poland and away from the risks of holdings it at the Bank of England.

Although the official language in the press release is diplomatic, the NBP makes it clear that there is risk to holding it’s gold in London, something that was also clear in the repatriation decisions central banks such as Hungary (link) and Austria (link), and perhaps crystallized by the Bank of England’s brazen confiscation of Venezuela’s gold in London last year. (link)

The announcement says that central banks need to “diversify the storage locations of their gold resources in order to limit geopolitical risk, which could result, for example, in losing access to or restriction of the availability of gold resources held abroad.”

Therefore the NBP’s management board has “decided to transfer half of the current gold resources (around 100 tons) to the NBP vaults”. The repatriation operation “has already been communicated to our partners at the Bank of England and will be carried out in accordance with the schedule ensuring the security of this operation.” Given that central banks regularly say one thing while doing another, it may be the case that Poland’s gold repatriation has actually already have happened, so expect publicity shots of gold bars in the the NBP vaults very soon.