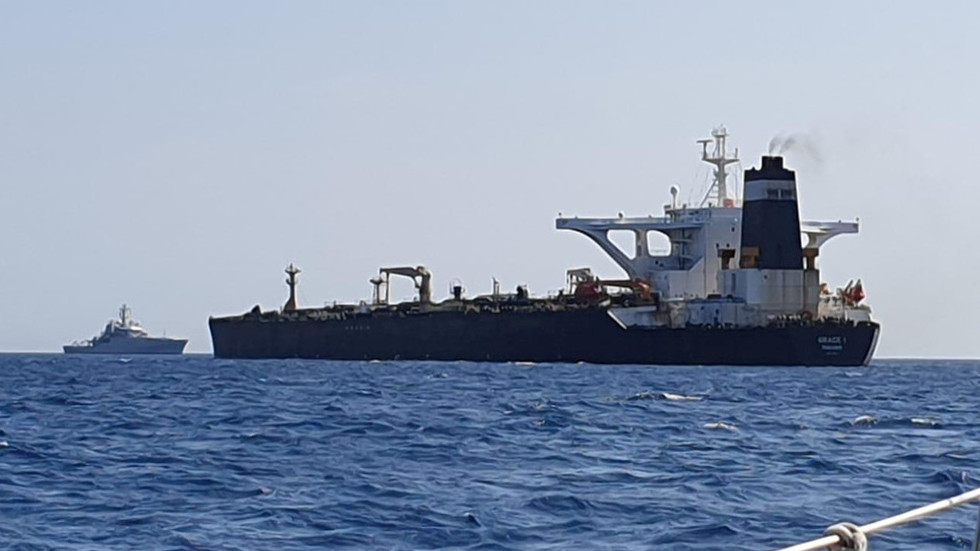 Iran has summoned the British ambassador after the seizure of a supertanker that was allegedly carrying crude to fuel-starved Syria in defiance of EU sanctions. It comes as the US is trying to stifle Iranian oil trade to zero.

The MT Grace 1, a 300,000-ton Very Large Crude Carrier, was detained in a raid conducted by the British Royal Navy Marines and Gibraltar law enforcement on Thursday morning. The government of Gibraltar, a British overseas territory located on the southern tip of the Iberian Peninsula, said the ship was detained for allegedly violating EU sanctions on Syria.

The Panama-flagged vessel owned by a Singaporean company was en route to deliver its cargo to the Banyas refinery in Syria, Gibraltar Chief Minister Fabian Picardo said. “That refinery is the property of an entity that is subject to European Union sanctions against Syria,” the official explained. The EU imposed sanctions on the Syrian government in 2011, but this appears to be the first time a shipment of crude allegedly violating them was detained by a European authority.

Spain’s caretaker Foreign Minister Josep Borrell said the British targeted the tanker on a request from the US. He added that Spain, which considers the waters off Gibraltar as its own, was assessing the implications of the operation.

Iran has reportedly acknowledged ownership of the cargo. Its foreign ministry summoned the British ambassador in Tehran to protest the “unlawful seizure of the Iranian tanker,” according to the IRNA news agency.

According to Reuters, the MT Grace 1 has been used by Iran in the past to ship crude to Singapore and China in defiance of unilateral sanctions imposed against Iran by the US. The current trip allegedly started in Iran’s port of Bandar Assalyeh, thought the papers state that the crude was loaded in the Iraqi port of Basra.