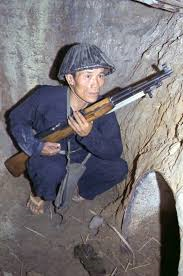 It is abundantly clear that the globalists are escalating their timetable to establish a New World Order and they are in a hurry to achieve this goal. The globalists found a formula that worked when they stole the 2018 Midterm Elections. The Republicans, and especially Trump, have done nothing to counter. The emboldened globalists are intensifying their 2018 approach and the 2020 Election has already been decided.

The globalists are winning on every front. Our pastors are compromised, the MSM and social media are controlled, business and banking are controlled, our leaders have forsaken the people and Donald Trump has changed his goal from Making America Great Again to Making Himself Safe Again.

The freedom fighters of America are on their own with no visible means of support from anyone in a position of power. And despite the fact that the Globalists are controlling every aspect of America with all of their perversions, they are discovering what this nation should have learned from the Vietnam War. You can win every battle, but that does not mean that you will win the war. However, American Patriots must realize that we have entered a generational war and this will be made clear as continue reading this article.

There are some of us who will never quit until we draw our last breath. There are an estimated 5-10% of this nation that will never submit to the satanic tyranny we are witnessing everyday in America. This is a major problem for the global elite. Mark my words, they will be resorting to some very draconian tactics in an attempt to eradicate the resistance. Detention camps and genocide is likely in our future. Refer to Bill Ayers comments on this topic.

The Globalists Are In a State of Panic

Speaking to those of you who are awake, you must realize that the odds favor the fall of America and the total and tyrannical takeover of the nation by Godless and very evil forces. The 2020 Election has already been stolen by Google and social media minions along with the millions of illegal aliens who will cast votes and I did not even mention the corrupt voting machines. America, you have already lost the election and the sooner you realize this, the sooner you can decide if you are going to fight or capitulate.

The hope of a decisive victory over the globalist takeover of America under the leadership of Trump is gone. We need to think of ourselves as the new and modern-day version of the Viet Cong who did not know the meaning of the word, quit. We have entered into a generational battle for the control of our lives. Can the Tribulation be that far off?

The major reason that the globalists must speed up their takeover is due to the fact that the an increasing number of people who are waking up to their tyranny and their ultimate agenda which consists of establishing a neo-feudal society which is autocratic, decidedly satanic, devoid of personal liberties, practices 100% control over all essential resources (e.g. gold, guns, ammunition, food, water, energy, medicine)  and  a 90% reduction of the existing population. Unfortunately, America there are not enough of you who are awake and therefore, our numbers are insufficient to stop what is coming. Google and social media are determined that this will never happen. Thus, extreme censorship is the present globalist weapon of choice. This is why we must begin to recognize ourselves for what we are becoming, a guerilla resistance force. We occupy no land, no political position, we pass no laws, our elections are coronation ceremonies for the selected, not the elected. Google has set themselves up to steal every election. Your Christian faith will soon put a big target on your back.  And this is the short list.

The Price of Capitulation

If you are one of the 10% selected few designated to survive in the coming globalist purge, you will own nothing, not even the clothes on your back, and you will control nothing. Like many of your Middle Ages ancestors, you will not travel, only be functionally educated and you will only reproduce when allowed to do so and with whom is selected for you. The survivors will become the globalist breeding stock. You will have no autonomy over career choice. Your future will consist of nothing but a predetermined and shortened life-span of misery as the selected elite expand their lifespans through Transhumanism. .  This is the America our children are going to inherit. So, I ask you, what are we celebrating on the 4th of July? We are celebrating the fact that we have survived to fight another day. We have not yet been exterminated. Resistance is obedience to God.

On July 4, 2019, we are celebrating that we have survived another day to keep the fight for humanity going. We are losing, but we are awaiting reinforcements. Unfortunately, the reinforcements arrival is as of yet, unannounced as we do not yet know the hour of the day that the Lord Jesus will return and set things right. Therefore, my fellow Americans, we, the honorable and good people of this country, have been relegated to guerilla warfare where it is a victory to survive and fight another day in the name of liberty and Jesus.

Back in 2011, Brzezinski stated “that it is easier to kill million people than to control a million people”. Brzezinski was one of the most brilliant, albeit evil, minds in the modern era, In his book, Between Two Ages: The Technotronic Era (1970), he accurately foresaw the coming free trade agreements and the subsequent economic decline of America.

I have often wondered why sites like mine are allowed to exist. After all, the Independent Media is hitting home runs in terms of exposing the nature and character of the Deep State. I believe that sites like this continue to flourish because at the end of the day, it will not matter. The Globalists have already figured that they have already won and they are engaged in mop up operations. Google’s censorship, election meddling, constitutes the ultimate mop up operation.

The Fourth of July

You may have seen on Fox and CNN that the Left has taken the gloves off and have attacked our celebrations in honor of the 4th of July. The Left is beginning to claim victory and how dare we celebrate such civil pornography as freedom and the Bill of Rights. We live in the midst of the greatest charade in American History. For example, before every sporting event we trot out these brave soldiers as a symbol of, not American bravery, but of globalist-driven Imperialism. Now we labor under a President who has chosen to go into hiding on the critical issues.

The Bill of Rights

One surface examination of the Bill of Rights will tell America just how far we, as a people have fallen.

The last two Amendments have to do with the preservation of local political power. These Amendments are gone as well. IF these amendments were still in place, we would not have the Federal Reserve, the IRS, the EPA, the FDA and the Department of Education.

This article will not be popular among some of the patriots who still believe in the pie-in-the-sky. Some need to worship super leader who will swoop in and save the day. The Trump experiment, that I admit I fully supported, is over. If Trump was truly in control, we would have one million soldiers on our southern border and Pelosi, Feinstein and Clinton would be in prison.

Name one thing that Trump is presently doing to save this country? Don’t tell me “it is all in his plan”… The 2020 campaign has kicked off. Trump is out of time. Weren’t you supposed to stop believing in Santa by the age of 8? Our borders are collapsing by design and under the supervision of the Democratic Party. We are being invaded by millions who know nothing of our Constitution, culture, and way of life. Our economy is in a state of near collapse. We have domestic terror groups like Antifa, that carry out their evil with absolute impunity. Ike and JFK would have sent in the troops to Portland and arrested the communist, criminal mayor along with the Antifa thugs. We see the Democrats calling for the imprisonment of anyone who speaks out against Congress. Tens of thousands of troops are being amassed on our southern border awaiting orders. Those would be the troops facing NORTH. Where is the President? America, we are on our own. Perhaps you should read the Book of Revelations.