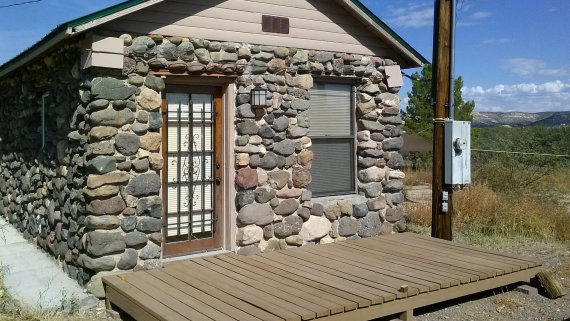 Perhaps another sermon for the choir might be appropriate now and then, because as the world around us changes, our plans may have to change to better meet new challenges. The past weeks since college students left campus have given me time for reflection. Combined with a couple of interstate road trips, I’ve had plenty of time to ponder, look around, and consider how my ever-shifting family might face these future changes.

Firstly, I applaud the prepper movement and heartily joined in back in 2009. Buckets of stored food still fill our pantry, though we are trying to consume and replenish.

And as I have come to understand the financial crisis that ensued back then I have concluded the following:

The world will change.

Perhaps I have been convinced that the future is approaching much more quickly than it did in 2009 by gold’s all-time high, war drums, and the recession predictions that now are being confirmed by nearly every data point. Perhaps action, if one has not done so already, has become not just prudent, but essential. But when it comes to one’s home location, decisions are complicated and change can be expensive.

During my aforementioned recent travels, my wife and I observed with great interest some different rural areas, discussing the pros and cons of each. We drove through an area called “Golden Valley,” about 30 miles north of Kingman AZ. The area was developed some years ago as a developer sold 2.5 acre parcels for $700. The area is very attractive for retirees on a budget, and, given its remote desert situation (not that far from Death Valley) has shown surprising population growth and signs of a local economy.

Most of the homes in that area could be called “places” rather than brick or framed homes—You have seen “places” – 1-5 acre parcels with mobile homes and collections of storage sheds & broken down cars. It’s an inexpensive way to live, especially if you dislike pressure from neighbors to keep up with the Jones’s down the road.

As you might guess, Golden Valley is popular for preppers. In fact, much of northern AZ is popular for people who set up bug-out bunkers and second homes. Our family has 40 acres in the remote high elevation forest that we have never developed, with neighbors over the hill that want to be far away from it all. And I’d think twice about sneaking onto one of these properties to steal zucchinis from their greenhouse. Probably not worth an ass full of buckshot or losing a race with big dogs. That acreage is now for sale, cheap, and I would not sell it to a friend.

I have to question the wisdom of the decision to invest in a bug-out property, or even a second home so remote from civilization. Arizona, and much of the western US, has scant rain, deep groundwater, thin soil, and severe weather. Such places may keep one alive (a bit longer) but a family would not likely enjoy living there. Your stored goods eventually run out and you have to be able to provide a steady source without Sam’s Club bulk foods. This is NOT good farmland. And, not without precedent, in the case that our government resorts to military rule, rounding up “anarchists” (and I suspect preppers are high on that list) and relocates people to prison camps, or engages in the kinds of atrocities that sociopathic governments are prone to do, I really don’t want to live in a neighborhood of preppers that advertises itself as a destination and makes it all too easy to be found.

Especially troubling is the “business” of prepping. Here in AZ, I see overt advertising of prepper properties, prepper conventions, gun shows, with dealers selling equipment and supplies to would-be self-sufficient city folk. These sellers use fear appeals to persuade: tales of societal collapse, zombie hordes roaming the streets, failure of food distribution networks, power and communication failures, and even nuclear holocaust. I need not mention the firearms dealers who insist that we all need copious means of self-protection. Here in AZ we have even have real estate brokerages specializing in bug-out properties.

What does one gain by being so remote and fleeing to a neighborhood of strangers? What does one lose if you cannot be part of a social community where people have one another’s backs? Wouldn’t you value a deep rooted trust that can actually develop quickly between neighbors? And what is gained if the corrupt government you just fled knows where you live and has you outgunned? What if you give up a good job because you think the end is finally here, but you were wrong?

Woe to the family with teenagers who drag their kids into the boondocks.

When I set reasons on the scales, mine tips toward preparing for the next economy in a very different way than buying remote acreage with self-sustaining greenhouses and even an underground bunker with lots and lots of firepower.

There gotta be a better way, even a less expensive way, than “bugging out” to a remote place. In fact, many of you here at TFMR have described some very sensible actions you have implemented for life in the new economy. Prepping and bugging out can still be seen as an emergency measure, but long-term plans must go deeper. Changing the way you live, not just where you live, should be your aim.

In much of the US, that sort of property is available just beyond the suburbs of the large cities. I lived about 30 miles from Dayton Ohio in 2009, and we felt at home, part of a community and somewhat distant from city crime. Presuming that desperation and crime will be centered in our cities, the question I struggle to answer is, “How far ought one to live from a city to avoid the crime, theft, and other dangers that desperate people will provide. 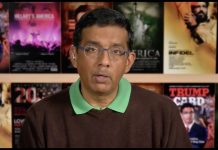