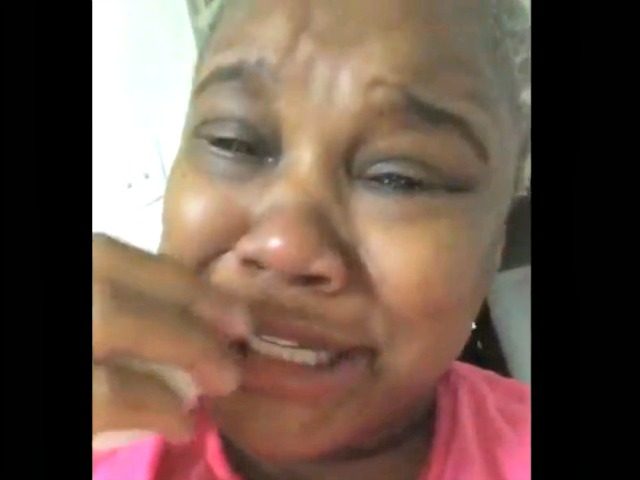 Over the weekend, a wretched Georgia state lawmaker named Erica Thomas lied about a grocery store confrontation with a “white man” who told her to “go back to where she came from.”

The man in question, however, Eric Sparkes, came forward to admit he had indeed had a confrontation with Thomas but that he never told her to “go back” and that he is Cuban and that he is a Democrat who does not support President Trump.

Today I was verbally assaulted in the grocery store by a white man who told me I was a lazy SOB and to go back to where I came from bc I had to many items in the express lane. My husband wasn’t there to defend me because he is on Active Duty serving the country I came from USA!

What’s more, he says he probably voted for Thomas because he lives in her district.

“Her words stating on Twitter and on video stating that I told her she needs to go back to where she came from aren’t true,” Sparkes said on-camera with Thomas standing just a few feet away. “I am Cuban. I am not white. I am white, but I am Cuban.”

This is Eric Sparkes. He says he did call @itsericathomas the B word…but says the other things she said are not true. pic.twitter.com/9q5JU5CwBp

Sparkes did admit he called Thomas a “bitch” after he confronted her about breaking the rules about the number of items you can check out with at the express lane in Publix.

But in her original Facebook post, a crying Thomas told her followers that: “He said, ‘I don’t care. You’re a lazy son of a b—-. You need to get the f— out of here. Go back where you came from. … It hurt me so bad because everything in me just wanted to tell him who I am. But I couldn’t get anything out.”

“I don’t want to say he said ‘go back to your country or go back to where you came from,’” she admitted in an interview later, along with the fact that she told him to “Go back.”

You can watch it here:

“So you don’t remember exactly what he said?” the reporter asks.