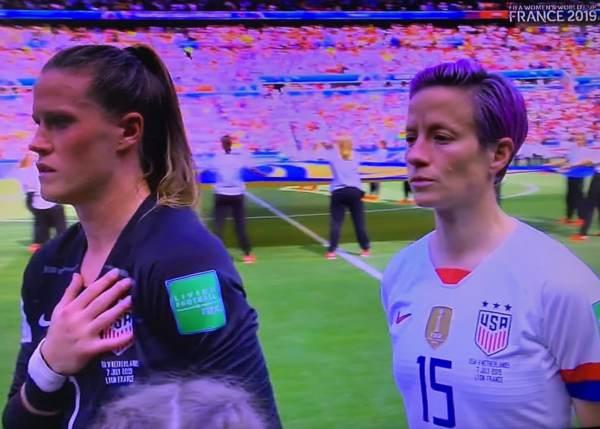 They cursed the US President and disrespected their Country — What did they expect?

The US Women’s Soccer Final viewership was down by ALMOST HALF this year thanks to the Trump-bashing, anthem protesting US national team.

After weeks of hyping the World Cup tournament the final match between the US and The Netherlands had a viewership that was down 43.8 percent from the last World Cup final in 2015.

It was the most-viewed match this season, but a decrease from the 2015 final.

The match averaged 14.27 million viewers on Fox, according to the network and Nielsen, and peaked at 19.6 million. It was a 22 percent increase over last year’s FIFA World Cup men’s final between France and Croatia, which averaged 11.44 million.

The audience was down 43.8 percent from the 2015 final between the U.S. and Japan, which averaged 25.4 million viewers. That match though was played in Canada and started at 7 p.m. Eastern, compared to Sunday’s in France, which kicked off at 11 a.m. Eastern.