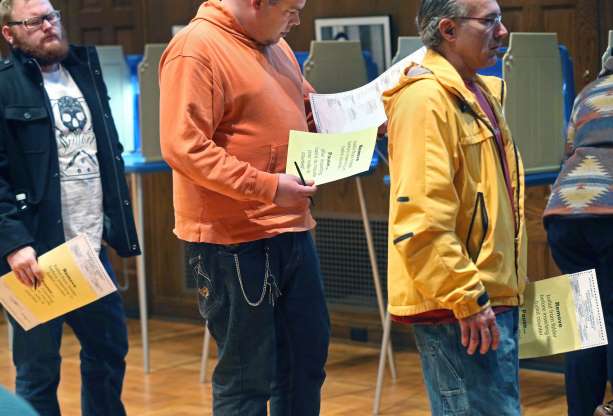 An Axios report which chronicled a focus group of Michigan swing voters — those who voted for Mitt Romney in 2012, but switched to vote for Hillary Clinton in 2016 and those who voted for Barack Obama twice, but switched to vote for Trump in 2016 — finds that by a majority these voters prefer Trump’s low-immigration, high-wage economic model as opposed to the 2020 Democrats’ plans to allow an unlimited flow of foreign workers to the country, legally and illegally.

The focus group, conducted by Engagious/FPG, revealed that the majority of the 12 swing voters said Trump is “professionally and responsibly” handling the current crisis of mass illegal immigration at the southern border.

Likewise, the swing voters slammed 2020 Democrats’ latest plan that would provide free health care to all 11 to 22 million illegal aliens living in the U.S., paid for by American taxpayers. As Breitbart News has reported, the plan would cost taxpayers at least $660 billion every ten years.

“Why would you want to give it to another person from a different country for free?” one swing voter asked, according to Axios‘s Alexi McCammond, who sat in on the focus group.

“Give them free benefits, this that and the other thing,” another said. “That is ridiculous. They’ll come from anywhere and get a house and a car, too.”

In a series of comments, the Michigan swing voters echoed Trump’s economic nationalist worldview on national immigration policy, saying that the federal government should work for American citizens rather than foreign nationals — whether legally or illegally present in the U.S.

“We need to focus on Americans and not the immigrants,” a swing voter said.

One swing voter hit back against the U.S. policy of providing birthright citizenship to the U.S.-born children of illegal aliens, saying, “We shouldn’t give away our birthright like candy. Meaning that all they have to do is cross the border illegally, pop out a kid, and they’re a U.S. citizen. Two illegals do not a citizen make.”

Every year, about 300,000 U.S.-born children of illegal aliens — commonly referred to as “anchor babies” — are delivered and given immediate, birthright citizenship. The U.S. is nearly alone in the Western world in offering this benefit to illegal aliens.

Eight of the 12 swing voters, according to Axios, agreed that when the U.S. provides illegal aliens and migrants at the U.S.-Mexico border with “food, clothing, toiletries, and shelter, all we’re doing is encouraging more of them to come” to the country and “we don’t want that.”

One swing voter said she felt “terrible for these people” but that America has its own citizens “who are struggling to survive.” She continued, saying, “We need to focus on the United States.” Another swing voter mentioned that American veterans and homeless Americans should be prioritized over foreign nationals.

“We’re helping everybody else, so they’re coming here for free and we’re babying them,” a swing voter said. “It’s time that we stop. We gotta think about us first.”

A recent Zogby Analytics poll, conducted for the Federation for American Immigration Reform, surveyed Michigan voters on a number of immigration issues and found that a majority support Trump’s immigration agenda.