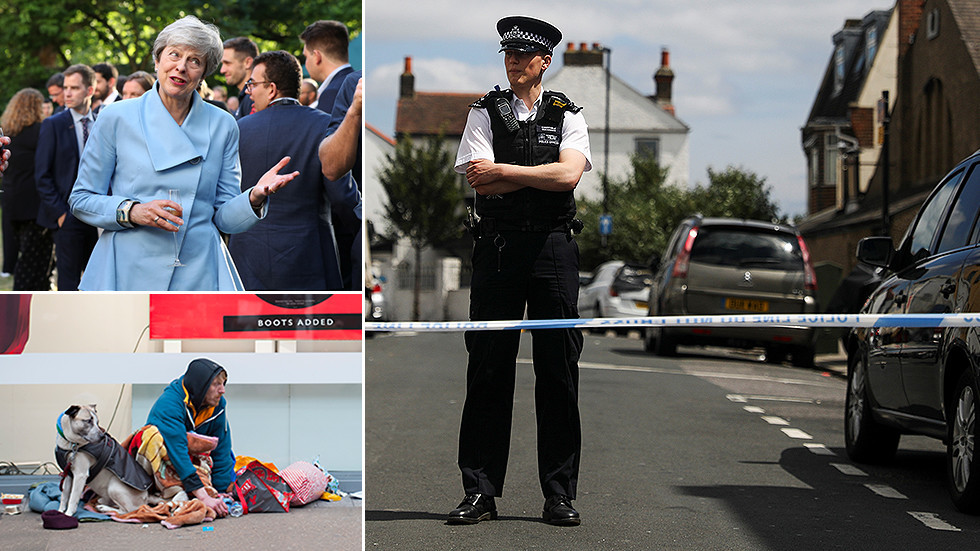 As Theresa May prepares to vacate Downing Street, Britain has never appeared so broken, fragmented and rudderless.

In London, long held up as one of the world’s major capital cities – a beacon of multiculturalism, dynamism, enterprise and opportunity – death stalks the streets and alleys of its vast sprawling housing estates. Gang warfare has grown to the point where the lives of its combatants, in the main teenage boys and youths, have been reduced to the deadly scenario of kill or be killed. Meanwhile, the conclusion that the Metropolitan Police has lost control of the streets is now impossible to avoid. According to the Met’s own statistics, we learn that between January and June this year there have been

In words that deserve to be carved in stone they are so profound, Mayor of London Sadiq Khan recently announced that there is a link between poverty and violent crime among youths. It’s an intervention that is on a par with announcing the link between exposure to the sun and sunburn.

Though Sadiq Khan has to take his share of responsibility for the catastrophic collapse in law and order in London (he is the mayor after all), the bulk of the responsibility lies at the door of 10 years of Tory austerity – austerity being the nice word applied to what has and continues to be a vast experiment in human despair.

And within a Tory party hierarchy made up of very expensively educated and wealthy extremists, outgoing Prime Minister Theresa May has the most blood on her hands. Still, today she has the temerity to deny the link between the radical cuts to the police that she introduced while home secretary, to the point that there are now 20,000 fewer frontline police officers in England and Wales than there were in 2010, and London’s knife crime epidemic.

What we have is the classic perfect storm. Under Tory austerity, wages have been driven down, prices pushed up, public services cut to the bone, and police numbers cut. You really don’t have to be Aristotle to grasp the nettle that is cause and effect. Speaking of which, the ancient Greek philosopher understood many centuries ago what Sadiq Khan seems to have just woken up to. To wit: “Poverty is the parent of revolution and crime.”