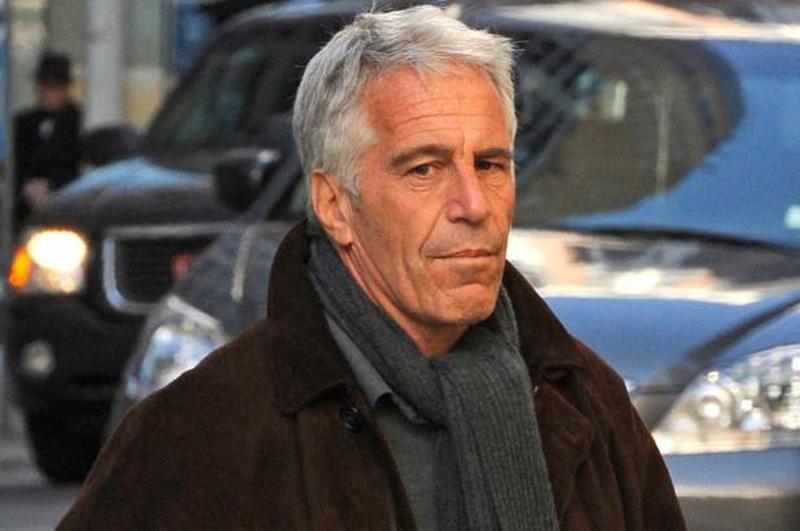 As the Jeffrey Epstein case continues to unfold, a laundry list of celebrities, business magnates and socialites who have flown anywhere near the registered sex offender’s orbit are now tainted with pedo-polonium. Many of them, such as Bill Clinton, Ehud Barak, and Victoria’s Secret boss Les Wexner have sought to distance themselves from Epstein and his activities – however their attempts have fallen on deaf ears considering their extensive ties to the pedophile.

As Vanity Fair‘s Gabriel Sherman notes, “The questions about Epstein are metastasizing much faster than they can be answered: Who knewwhat about Epstein’s alleged abuse? How, and from whom, did Epstein get his supposed $500 million fortune? Why did Acosta grant Epstein an outrageously lenient non-prosecution agreement? (And what does it mean that Acosta was reportedly told Epstein “belonged to intelligence”?)”

Also illuminating is a statement by attorney Brad Edwards, who said during a Wednesday press conference seated next to Epstein accuser Courtney Wild that “There were other business associates of Mr. Epstein’s who engaged in improper sexual misconduct at one or more of his homes. We do know that,” adding “In due time the names are going to start coming out.”

Labor Secretary Acosta Says He Is Resigning Amid Epstein Scrutiny

What’s more, the US Court of Appeals for the Second Circuit will release of approximately 2,000 pages of documents, likely over the next several days, which may reveal sex crimes committed by “numerous prominent American politicians, powerful business executives, foreign presidents, a well-known prime minister, and other world leaders,” according to the court’s three-judge panel.

The documents were filed during a civil defamation lawsuit brought by Epstein accuser Virginia Roberts Giuffre, a former Mar-a-Lago locker-room attendant, against Epstein’s former girlfriend and alleged madam, Ghislaine Maxwell. “Nobody who was around Epstein a lot is going to have an easy time now. It’s all going to come out,” said Giuffre’s lawyer David Boies. Another person involved with litigation against Epstein told me: “It’s going to be staggering, the amount of names. It’s going to be contagion numbers.” –Vanity Fair

Other famous names associated with Epstein include LinkedIn cofounder Reid Hoffman, Elon Musk, and Mark Zuckerberg, who Musk introduced to the registered sex-offender. Zuckerberg spokesman told Vanity Fair “Mark met Epstein in passing one time at a dinner honoring scientists that was not organized by Epstein,” adding “Mark did not communicate with Epstein again following the dinner.”

Musk told the magazine “I don’t recall introducing Epstein to anyone, as I don’t know the guy well enough to do so, Epstein is obviously a creep and Zuckerberg is not a friend of mine. Several years ago, I was at his house in Manhattan for about 30 minutes in the middle of the afternoon with Talulah [Riley], as she was curious about meeting this strange person for a novel she was writing. We did not see anything inappropriate at all, apart from weird art. He tried repeatedly to get me to visit his island. I declined.”

Uh, this is Jeffrey Epstein’s “friend” and alleged madam Ghislaine Maxwell with @elonmusk at the Oscars in 2014. These people were everywhere I suppose… pic.twitter.com/kCeIimdbCm

According to one source, Epstein had a steady stream of who’s who’s flowing into his Manhattan mansion, including Bill Gates, Larry Summers, and Steve Bannon.

“Jeffrey collected people. That’s what he did,” the source told Vanity Fair.

Thus far, the name most publicly associated with Epstein’s alleged crimes is famed lawyer Alan Dershowitz, who’s been waging a public battle with David Boies for years. In April, Boies’s client Giuffre sued Dershowitz for defamation after Dershowitz called her a liar (a strategy similar to that of seven of Bill Cosby’s accusers). In the days since the FBI arrested Epstein at Teterboro Airport a week and a half ago, Dershowitz has been going on television and dialing up friends and reporters to profess his innocence and label Giuffre and Boies liars. “I want everything to come out! I’m not afraid of anything because I did nothing wrong,” Dershowitz told me on the afternoon of July 15.

He called me a minute after I had emailed him for comment. He said he’d been friends with Epstein since 1996, when they were introduced at a party on Martha’s Vineyard by Lynn Forester de Rothschild. “She begged me to meet him. She told me, ‘here’s this smart academic.’” A few days later, Epstein invited Dershowitz to Les Wexner’s 59th birthday party at Wexner’s mansion in New Albany, Ohio. “It’s a tradition that Jeff invited the smartest person he met that year. He told them I was the smartest.” They remained close for years. Dershowitz strenuously denied ever participating in Epstein’s underage sex ring and said he’d only been in Epstein’s presence with his wife. “I got one massage!” he told me. “It was from a 50-year-old Russian woman named Olga. And I kept my shorts on. I didn’t even like it. I’m not a massage guy.” –Vanity Fair

According to the report, “One theory circulating among prominent Republicans is that Epstein was a Mossad agent. Another is that the George W. Bush White House directed Acosta not to prosecute Epstein to protect Prince Andrew on behalf of the British government.”