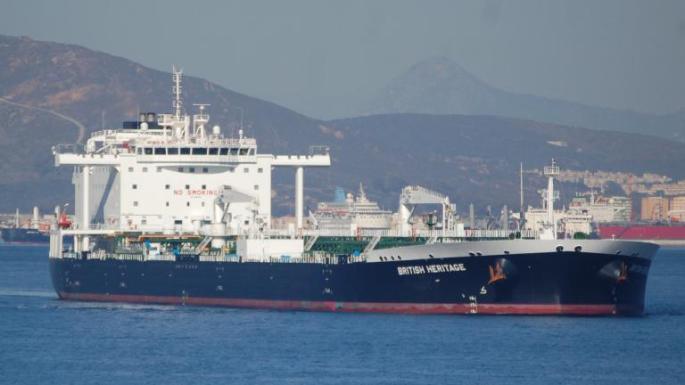 With the Persian Gulf uncharacteristically quiet in recent days, without any material provocation either real of staged, late on Wednesday CNN reported that five armed Iranian Islamic Revolutionary Guard boats unsuccessfully tried to seize a British oil tanker in the Persian Gulf. There was no independent verification of the report, but instead it was once again sourced to those who stands to gain the most from a way with Iran, namely “two US officials with direct knowledge of the incident.”

According to the report, the British Heritage tanker was sailing out of the Persian Gulf and was crossing into the Strait of Hormuz area when it was approached by the Iranian boats. The Iranians ordered the tanker to change course and stop in nearby Iranian territorial waters, according to the officials. A US aircraft was overhead and recorded video of the incident, although so far a video has not been released. 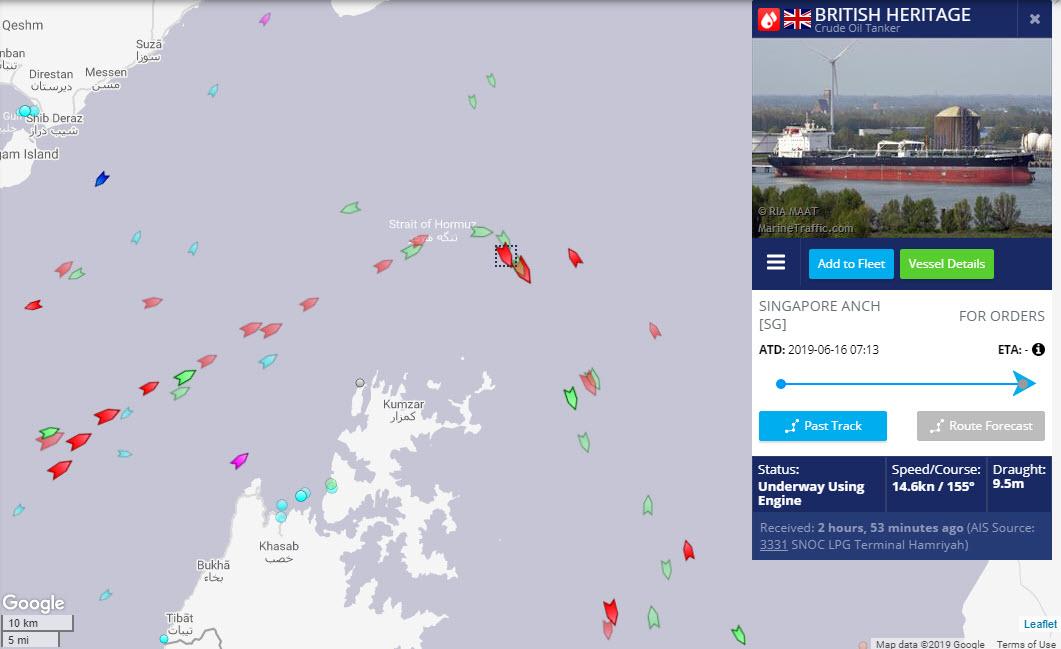 In addition to the US aircraft escort, the UK’s Royal Navy frigate HMS Montrose had been escorting the tanker, and during the confrontation, it trained its deck guns on the Iranians and gave them a verbal warning to back away, which they did. Montrose is equipped on the deck with 30 mm guns specifically designed to drive off small boats. The frigate was in the region performing a “maritime security role” according to a prior notification from UK officials.

The incident takes place less than a week after British Royal Marines in Gibraltar stormed and seized an Iranian ship believed to have been carrying oil to Syria, in what authorities said was a violation of European Union sanctions on Syria. Iranian President Hassan Rouhani warned earlier Wednesday that the UK “will see the consequences” after the Gibraltar seizure.

Rouhani, speaking in a cabinet session, said, “I tell the British that they are the initiator of insecurity and you will understand its consequences later.”

On Tuesday, the US Chairman of the Joint Chiefs of Staff Gen. Joseph Dunford said that the US and allies were working to put together a coalition of countries to come up with a system to enforce freedom of navigation in the region amid what the US says are heightened threats from Iran.

“We had a discussion today, the Secretary of State, the Secretary of Defense and I and we are engaging now with a number of countries to see if we can put together a coalition that would ensure freedom of navigation both in the Straits of Hormuz and the Bab el Mandeb,” Dunford said following an awards ceremony for his Finnish counterpart.

“I think what we’ll do is, we certainly from the United States perspective would provide maritime domain awareness and surveillance,” he said, adding that naval vessels would escort commercial ships that shared a country of origin, if required.

“Escorting in the normal course of events would be done by countries who have the same flag so a ship that is flagged by a particular country would be escorted by that country and I think what the United States can provide is domain awareness, intelligence, surveillance, reconnaissance and then coordination and patrols for other ships that would be in the area would be largely coalition ships,” Dunford said.

This alleged latest provocation by Iran comes just hours after President Trump announced on Twitter that sanctions on Iran will “soon be increased, substantially!” following news that Iran was enriching uranium beyond the limits imposed by the Iran Nuclear Deal.

Last month Trump halted plans for a military strike against Iran in retaliation for the shooting down of a US drone, Trump said he found it hard to believe it had been an “intentional” act. “I think that it could have been somebody who was loose and stupid that did it,” Trump said in the Oval Office on June 20.