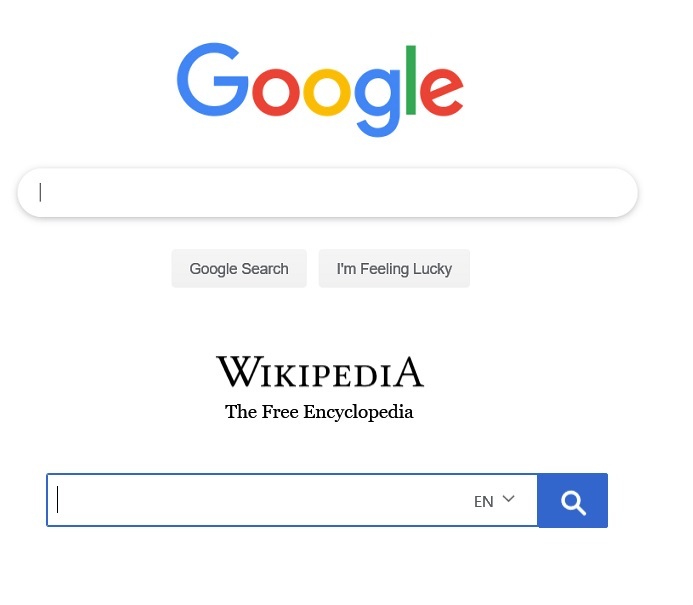 Ask anyone on the street prior to 1990 what the term “search engine” meant, and you would probably get a shrug of the shoulders and a guess, like searching for an automobile replacement engine or something.

Today, people use the Internet to search for information about 6 billion times a day, easily accessing far more data than all of today’s mainstream news outlets put together.

And while in the early days of the Internet one had many choices of tools to use to search for data, today the name “Google” is synonymous with “search engine,” and is even used as a verb: “Go Google it.”

Over 90% of all Internet searches are controlled by Google today.

If Google was simply a software program that searched through all the massive amounts of data in blazing fast speed to produce the results that YOU wanted, this would not be such a big issue. It would just mean they are able to deliver results faster and more comprehensively than other search engines, leading more people to prefer using them over other search engines.

And that’s probably the way it was in the beginning.

But today, Google has decided to be the Police of the Internet, and they have decided that they know better what data you should be viewing than you do.

And they have apparently teamed together with another source of online data, Wikipedia, which poses as a neutral source for information, but is anything but “neutral.”

Together, these two Internet giants are doing everything they can to serve big corporate interests, particularly when it comes to alternative health.

Dr. Joseph Mercola, founder of Mercola.com, one of the longest running websites on the Internet publishing life-saving information on natural treatments, and exposing corruption in the medical industry, just recently lost 99% of his search engine traffic because Google and Wikipedia apparently do not believe the public has a right to use their search tools to find the kind of information he publishes.

For the first part of this two-part article, see yesterday’s post, “Google buries Mercola in their latest search engine update,’ Part 1 of 2.” In Part 1, I discussed the effects Google’s June 2019 broad core algorithm update and updated quality rater guidelines is having on traffic to this site.

As mentioned in Part 1, Google’s “quality raters” are now manually lowering the ranking of undesirable content and buries even expert views if they’re deemed “harmful” to the public.

Google raters use Wikipedia for ‘expertise’ and ‘trustworthiness’

One of the primary sources Google’s quality raters are instructed to use when assessing the expertise, authoritativeness and trustworthiness of an author or website is Wikipedia, “the free encyclopedia.” Excerpts from my Wikipedia page read:1

“Joseph Michael Mercola (born 1954) is an alternative medicine proponent, osteopathic physician, and Web entrepreneur, who markets a variety of controversial dietary supplements and medical devices through his website, Mercola.com …

Mercola criticizes many aspects of standard medical practice, such as vaccination and what he views as overuse of prescription drugs and surgery to treat diseases.

On his website mercola.com, Mercola and colleagues advocate a number of unproven alternative health notions including homeopathy, and anti-vaccine positions … Mercola’s medical claims have been criticized by business, regulatory, medical, and scientific communities.”

RationalWiki, the stated purpose of which is to analyze and refute “pseudoscience and the anti-science movement” presents me as:2

“[A] member of the right-wing quack outfit Association of American Physicians and Surgeons. Mercola advocates and provides a forum for many classic crank medical ideas, such as vaccine hysteria and the belief that modern (sorry, “allopathic”) medicine kills more people than it helps. His website is a veritable spring of pseudoscience, quackery, and logical fallacies. He is also a promoter of the idea of an AMA/Big Pharma/FDA conspiracy.”

It comes as no surprise then that Mercola.com is listed as one of the biggest losers in Google’s June 2019 core algorithm update.3 Since its implementation, Google traffic to my site has dropped by approximately 99%, as no Mercola.com pages will now appear in search results using keywords only.

To have any chance of finding my articles using Google search, you have to add “Mercola.com” to your search term (example: “Mercola.com heart disease” or “Mercola.com Type 2 diabetes”). Even skipping the “.com” will minimize relevant search results.

Wikipedia isn’t what it pretends to be

How can Wikipedia be a primary authority of credibility when the editors are anonymous and uncredentialed?  Wikipedia has bizarre policies, including to never use a primary source for information – only ‘secondary’ sources are considered applicable for sourcing information. In the 2016 Full Measure article4 “The Dark Side of Wikipedia,” investigative journalist Sharyl Attkisson exposed the fact that Wikipedia is censoring information and crafting narratives to benefit certain groups:

“The promise of accurate, neutral articles and privacy for contributors is often just a mirage, according to two insiders. They say they’ve been left battle-scarred after troubling personal encounters with the world’s most popular encyclopedia. It’s billed as ‘the encyclopedia anyone can edit.’ But for many, it’s the opposite.”

While Google’s censoring of content is a more recent phenomenon, Wikipedia has been censoring information and blocking editors since the beginning. According to Greg Kohs, one of the insiders interviewed by Attkisson, about 1,000 users are blocked from the platform on any given day.5 Attkisson writes:

“When Kohs ran afoul of Wikipedia, he was drawn into an unseen cyberworld. One where he says volunteer editors dole out punishment and retaliation, privacy is violated and special interests control information.”

As reported by Attkisson, Wikipedia is often edited by people with a very specific agenda, and anyone who tries to clarify or clear up inaccuracies on the site is simply blocked. The reality is a far cry from Wikipedia’s public promise, which is to provide readers with unbiased information.

Even Lawrence (Larry) Sanger, who co-founded Wikipedia in 2001, bailed ship the very next year,6 saying “trolls sort of took over” the site, that “The inmates started running the asylum,”7 and that “In some fields and some topics, there are groups who ‘squat’ on articles and insist on making them reflect their own specific biases.”8,9

Earlier this year, Sanger told 150Sec he and co-founder Jimmy Wales tried to “figure out how to rein in the bad actors.” He admits they were never able to devise a good strategy for that, and as a result, “Wikipedia is a broken system.”10,11 Full Measure reports:12