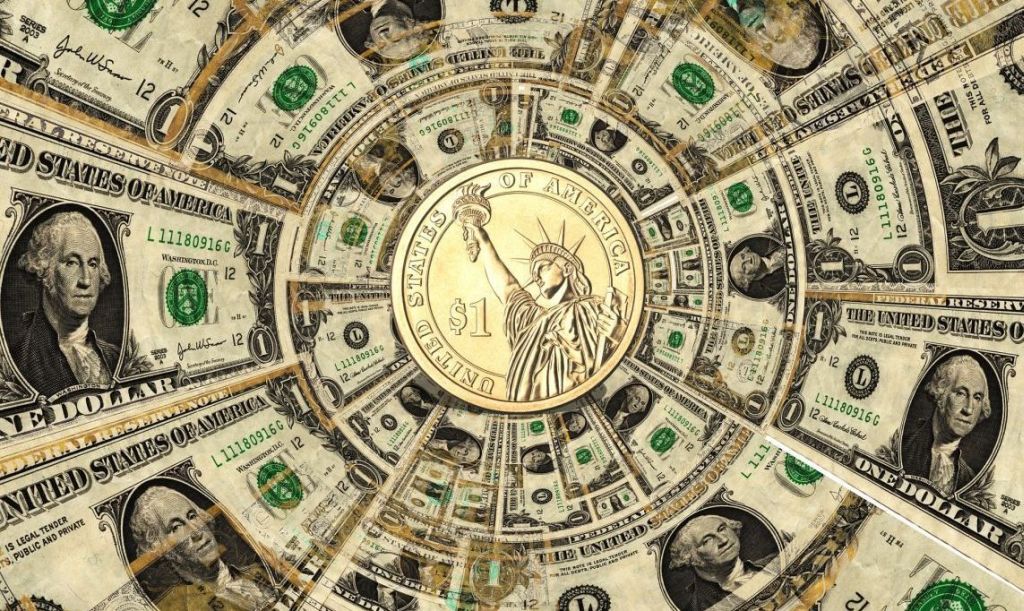 Over the past two years, the White House has initiated trade disputes, insulted allies and enemies alike, and withdrawn from or refused to ratify multinational treaties and agreements. It has also expanded the reach of its unilaterally imposed rules, forcing other nations to abide by its demands or face economic sanctions. While the stated Trump Administration intention has been to enter into new arrangements more favorable to the United States, the end result has been quite different, creating a broad consensus within the international community that Washington is unstable, not a reliable partner and cannot be trusted. This sentiment has, in turn, resulted in conversations among foreign governments regarding how to circumvent the American banking system, which is the primary offensive weapon apart from dropping bombs that Washington has to force compliance with its dictates.

Consequently, there has been considerable blowback from the Make America Great Again campaign, particularly as the flip side of the coin appears to be that the “greatness” will be obtained by making everyone else less great. The only country in the world that currently regards the United States favorably is Israel, which certainly has good reason to do so given the largesse that has come from the Trump Administration. Everyone else is keen to get out from under the American heel.

Well the worm has finally turned, maybe. Even the feckless Angela Merkel’s Germany now understands that national interests must prevail when the United States is demanding that it do the unspeakable. At the recently concluded G20 meeting in Tokyo Britain, France and Germany announced that the special trade mechanism that they have been working on this year is now up and running. It is called the Instrument in Support of Trade Exchanges (Instex) and it will permit companies in Europe to do business with countries like Iran, avoiding American sanctions by trading outside the SWIFT system, which is dollar denominated and de facto controlled by the US Treasury.

The significance of the European move cannot be understated. It is the first major step in moving away from the dominance of the dollar as the world’s trading and reserve currency. As is often the case, the damage to US perceived interests is self-inflicted. There has been talk for years regarding setting up trade mechanisms that would not be dollar based, but they did not gain any momentum until the Trump Administration abruptly withdrew from the Joint Comprehensive Plan of Action (JCPOA) with Iran over a year ago.

There were other signatories to the JCPOA, all of whom were angered by the White House move, because they believed correctly that it was a good agreement, preventing Iranian development of a nuclear weapon while also easing tensions in the Middle East. Major European powers Germany, France and Great Britain, as well as Russia and China, were all signatories and the agreement was endorsed by the United Nations Security Council. The US withdrawal in an attempt to destroy the “plan of action” was therefore viewed extremely negatively by all the other signatories and their anger increased when Washington declared that it would reinstate sanctions on Iran and also use secondary sanctions to punish any third party that did not comply with the restrictions on trade.

Instex is an upgrade of a previous “Special Purpose Vehicle” set up by the Europeans a year ago to permit trading with Iran without any actual money transfers, something like a barter system based on balancing payments by value. The announcement regarding Instex came as a result of last week’s meeting in Vienna in which the JCPOA signatories minus the US got together with Iranian ministry spokesman Abbas Mousavi, who called the gathering “the last chance for the remaining parties…to gather and see how they can meet their commitments towards Iran.”

Iran is quietly pleased by the development, even though there are critics of the arrangement and the government is officially declaring that Instex is not enough and it will proceed with plans to increase its uranium production. This produced an immediate response from Secretary of State Mike Pompeo last week speaking in New Delhi “If there is conflict, if there is war, if there is a kinetic activity, it will be because the Iranians made that choice.” Nevertheless, Instex could possibly be a model for mechanisms that will allow Iran to sell its oil without hindrance from Washington. But a sharp reaction from the White House is expected. While Instex was in the development phase, US observers noted that the Iranian Special Trade and Finance Instrument, that will do the actual trading, includes government agencies that are already under US sanctions. That likely means that Washington will resort to secondary sanctions on the Europeans, a move that will definitely make the bilateral relationship even more poisonous than it already is. A global trade war is a distinct possibility and, as observed above, the abandonment of the dollar as the international reserve currency is a possible consequence.

Trump has already been “threatening penalties against the financial body created by Germany, the U.K. and France to shield trade with the Islamic Republic from US sanctions.” The Treasury’s undersecretary for terrorism and financial intelligence, Israeli Sigal Mandelker, warned in a May 7th letter that “I urge you to carefully consider the potential sanctions exposure of Instex. Engaging in activities that run afoul of US sanctions can result in severe consequences, including a loss of access to the US financial system.”

Indeed, the White House appears to be willing to engage in economic warfare with Europe over the issue of punishing Iran. The Treasury Department issued a statement regarding the Mandelker letter, saying “entities that transact in trade with the Iranian regime through any means may expose themselves to considerable sanctions risk, and Treasury intends to aggressively enforce our authorities.” Mike Pompeo also was explicit during a visit to London on May 8th when he stated that “…it doesn’t matter what vehicle’s out there, if the transaction is sanctionable, we will evaluate it, review it, and if appropriate, levy sanctions against those that were involved in that transaction. It’s very straightforward.”